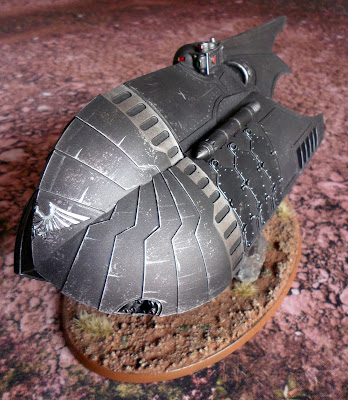 Hello all, thanks for dropping by. My good friend Lyden P of LP Miniatures was having a clear out and I thought I'd grab a bargain. The Kharon Pattern Acquisitor is a very Dune/Riddick-esque looking vehicle, not at all like the boxy 40K Imperial vehicles which I like, some people don't, but that's FW. 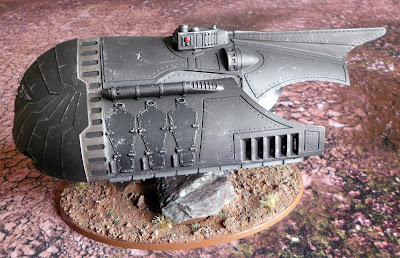 It's unusual design is because it is a grav tank built to approach its targets silently and with utmost stealth, it is deliberately made to be a thing of mystery and terror when its presence is unveiled. Used primarily in a paramilitary role by the Sisters of Silence, it can suppress civilian resistance with lethal effect and this translates well on to the battlefields of the Horus Heresy. 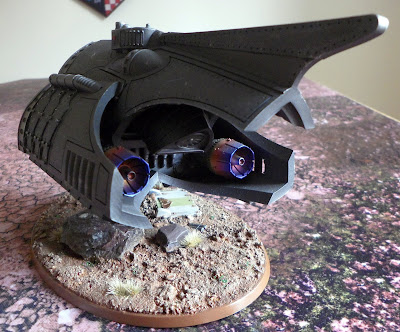 Lyden P did a great job on the heat bloom from the exhaust jets. 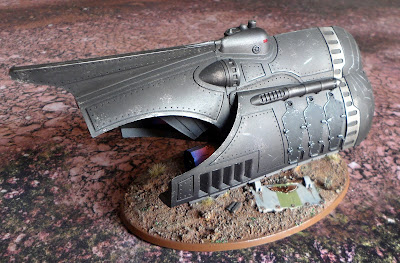 It is armed with Hellion Cannons, basically buffed shorter range Autocannons for cutting through rampaging mobs and destroying makeshift barricades. Against greater threats, it's fitted with Missile Launchers armed with various payloads of missiles, including sophisticated antipsyker warheads. 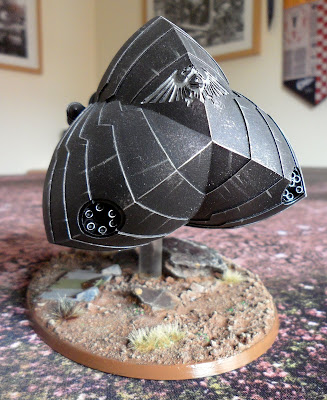 Above you can see the almost hidden 'teeth', the muzzles of the Hellion Cannons 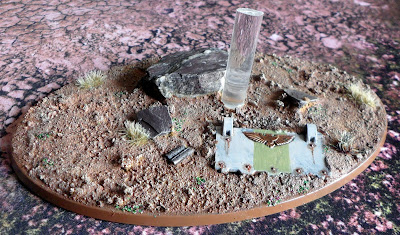 I did get a base already supplied and painted up but to match any of my forces I gave that back to Lyden for his next Custodes grav tank and he supplied me a blank base. This was decorated with some natural slate and an old Land Raider front hatch which I painted as Heresy era Deathguard colours. 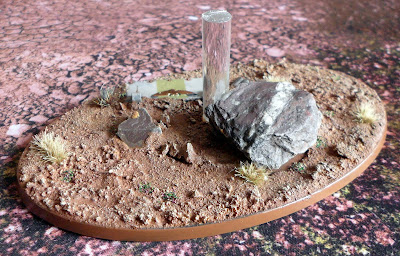 The base was covered in sand and gravel and painted my usual recipe, but the slate was kept natural and sealed with varnish which enhances the natural purples. I then added some tufts and dyed flock patches. 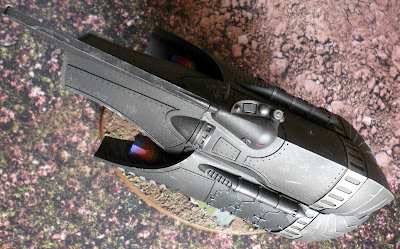 The cool lines remind me of the Navigator Guild amniotic tank in Dune or the ships seen in Riddick Chronicles. I like it, not sure what I'll use it for and hopefully I can get some Index rules for it in 8th Edition? But just glad to have it in my collection.

Cheers for checking it out, thanks, Siph. (1 point for the base)
Posted by Siph_Horridus