I recently had chance to check out the Ultramarines movie and thought I would share my thoughts. 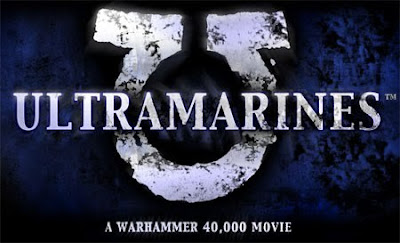 Hopefully in the near future Pornstarjedi and Siph will also get a chance to watch it and offer their opinions (Pornstarjedi being Marneus Calgar’s No.1 fan will of course not cloud his judgement whatsoever….) and because of that, I will try to be as spoiler-free as possible.

Where to start? Ok – I watch quite a lot of films – in fact I am more of a film geek than a GW geek, so I’d like to think my opinion is based on my view of Ultramarines as a film and not viewed through rose-tinted glasses. That said, I watch lots of indie and low budget productions (particularly horror), so I try to keep an open mind and am more than willing to look past sub-par effects/visual quality if the makers have a quality story they are trying to tell.

I think this film was always going to be about the resources the film-makers had and what they did with them (I’d love to see the Battle of Macragge in the epic scale of Lord of the Rings…but its not going to happen any time soon).

Overall, I would say that they didn’t do a bad job, although I feel that ultimately, the film is let down by it’s average plot (something happens somewhere, a team of bad-asses are sent in where they are picked off one by one and then there’s a bit of a twist) that we have seen a hundred times before. Many would say that the fluff is what makes GW so great - and this generic plot wouldn’t even feature as a filler story in a codex.

Visually, the film is inconsistent. The main character models are stunningly detailed and really do justice to the Ultramarine canon and associated art work. The Land Speeder and Chaplain were particularly noteworthy. 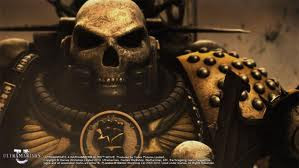 However, that level of detail does not spread throughout the rest of the film – the “supporting cast” and environments really do vary in quality – from good, to looking like they belong in a PS2 game cut-scene.

The key to making a quality film on a budget is “use what you have”, which is why I hoped that the film-makers would have been more innovative and used the IP more effectively.

Although I loved the voice actors – I have to ask myself what they could have done with that money instead? Develop the story more using decades worth of source material? Perhaps spread the higher levels of animated detail throughout the film more?

The film has a limited niche appeal and the addition of high profile actors won’t help it to spread to a wider audience (the plot makes no attempt to explain the 40K universe and the CG visuals cannot compared to the likes of Pixar – things that the fans will look past but the general public wont). We are the target audience and we were going to watch the film regardless of the fact that it stars John Hurt, Sean Pertwee and Terence Stamp. 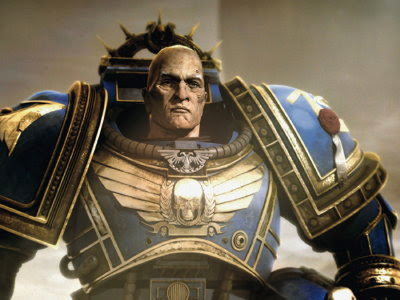 I am definitely not disappointed with the film – I just feel that the film makers had a wealth of quality material and with a little more vision, could have created something that was “surprisingly good” rather than “expectedly average”.

Regardless of what I think - if you are reading this blog then the film is for you. So watch it and leave us a comment to let us know what you think.
Posted by the 6th degree 2 comments:

Happy New Year from the Hive!

Happy New Year All! As Siph and Pornstarjedi have said, we have all been really busy over the silly-season and posts have been a little thin on the ground in December; however that doesn’t mean that the Hive have gone into hibernation.

As an xmas surprise, me and my geeky gaming friends had been organised a visit to the Games Workshop HQ by our respective other halves. Not only that – but they had also booked us the best gaming table to play on!

Having a little advanced warning, I have been pretty much painting non-stop for the whole holiday period to get the Hive looking their best. Better pics will be coming shortly, but here is my finished Tervigon hunkering down on an objective: 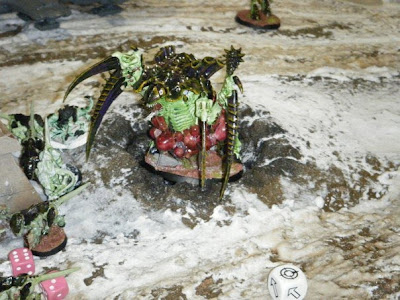 As well as the Tervigon, I also managed to finish my Warriors brood and Tyranid Prime and get a ton of basing done (still got the best part of 100 Gaunts to go though….).

Arriving at Nottingham for a day of gaming goodness; we managed to check out the artwork, gorgeous GW painted mini’s, get a pint of Bugmans Beer and then have a game on this: 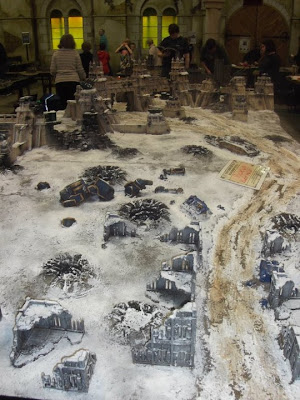 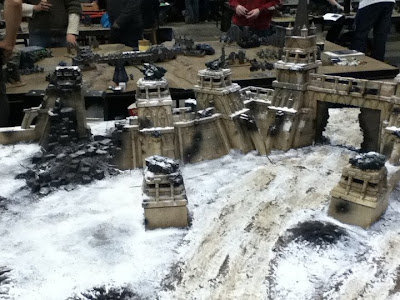 This is a table from Gamesday a couple of years back that is now in the gaming hall and can be played on – and its by far the most gorgeous table I have ever seen – complete with battle fortress, destroyed titan and loads of tiny but awesome details. 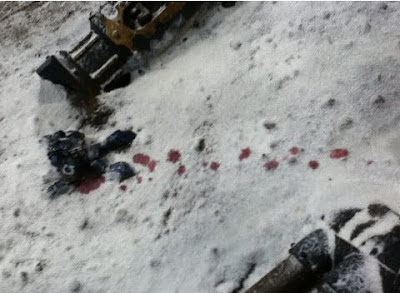 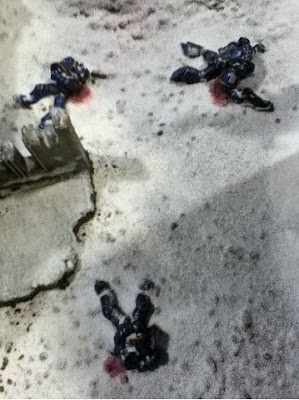 We played a 3000pt pairs game with Nids and Tau teaming up against Blood Angels and Space Marines for a Capture The Objectives mission. Unfortunately we were all too excited to write a battle report, but we did take a few pics and it was an awesome game (it turns out the combination of assaulting Nids and long range Tau work well together – who’d have guessed that?).

Unit of the match went to my Tervigon which bolstered the table with more than 50 additional Termagaunts. I say more than 50 additional Termagaunts – but what actually happed was me rolling 10+ each turn for 5 turns without rolling a double…in the end I was sending Termagaunts on suicide charges just so I had the models to be spawned the following turn. This many troops against the mech-heavy opponents just swamped the objectives. 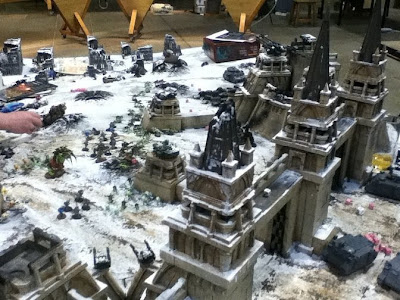 Even a valiant last stand of a Terminator squad teleporting directly onto the front lines couldn’t slow the green tide. 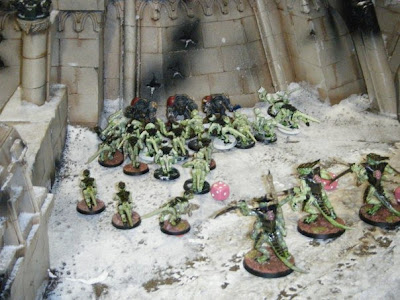 While I was there, I also picked up something different for me to start playing with – more to come soon on that.

2010 had its highs (terminus, vanguards-pictures to follow) however the epic fail was an inability to finish (and before you say Siph- start) my forgeworld Reaver Titan. I've decided that 2011 will be the year I get the bad boy complete!

Currently the model is washed, scrubbed and ready to go. I have decided to go for a base for the model, based on the GW battlescape terrain piece. I'm also going to try and magnetise the arms to allow different wargear options. I'm also looking to acquire, and convert the load outs that aren't currently available through the FW website- including a vortex missile option.

Currently there are no definite paint schemes- I did contemplate the idea of a half red/half black with the distinctive yellow head. I've got got plans to include an unfortunate Relictor (not sure what yet) and a dead tyranid (sorry Siph- the 6th degree!!)
Posted by Lord TITANium Halfpenny No comments: