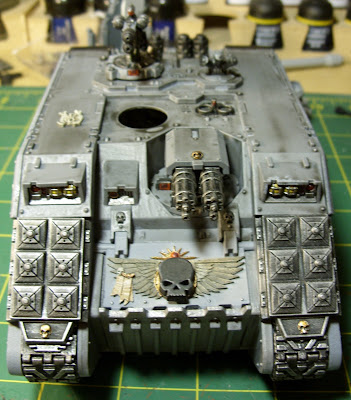 Following on from my previous WIP post of the interior, I have gotten so far with this Landraider but not finished before I had to go back to sea and earn a living. 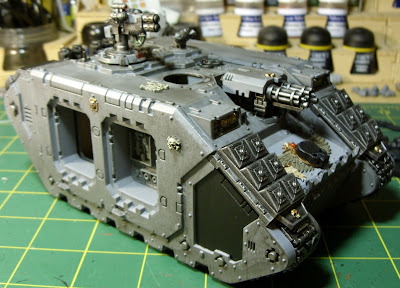 So, here she is, or should I say he is as it is named after my real Warhound Zeus. I still have a few detailing and bits to add. It is Army Painter basecoated Uniform Grey with a tidy up of Codex Grey which matches the paint in a can exactly, then a wash with Badab Black which I found quite difficult to avoid streaking over large panels so I applied it in vertical lines, so any streaks could have been made in the environment of the battlefield operations. Once I return home it will be a quick finish off of those details, then it's a day or two of highlighting and drybrushing Fortress Grey (oh how that stage bores me!), transfers and then finally weathering to match my other Relictor tanks and a thousand rivets, doh.


I quite enjoyed this build and when I actually sat down and painted, it was done in two day sittings. The doors were Red Scorpion FW doors but I've used the skull wound markers from AOBR just as I did before on my Rhino's to make it Relictor-ish. 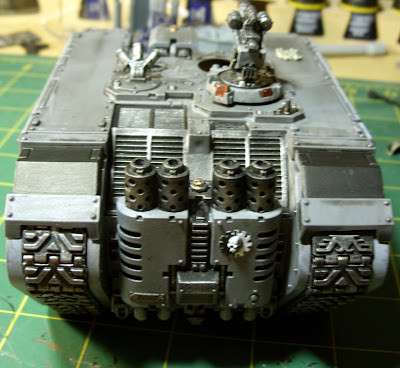 Oh, and one of the real Warhound 'Zeus'. 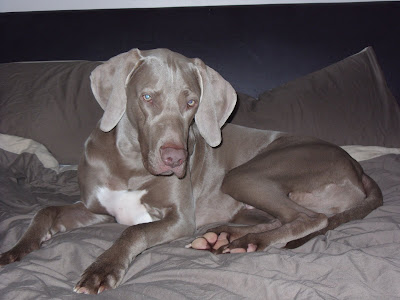