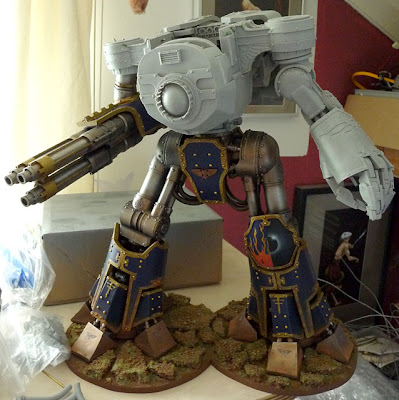 Hi Titan lovers, just to keep Weemen ticking over whilst I'm away at sea in some foreign waters, a few WIP Reaver Titan 'Honorum' shots to whet your appetites. I've seen the completed pics now and boy it's worth the wait. With magnetized interchangable Gatling Blaster and Titan Powerfist. The artist, Richard Gray Art certainly doesn't skimp on the detailing, look at the cockpit details and even digital text on view screens inside! Only the Techpriest will get to see them! 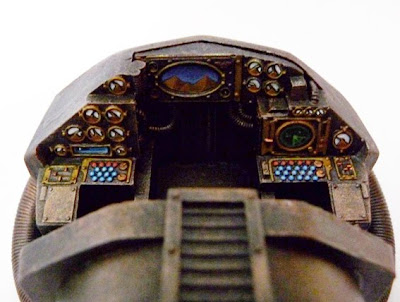 Once I've returned home I will be travelling to Richard's pad to pick up the titan and then post the completed work alongside his 'lil brother Warhound 'Canis Bellum'- I don't trust the postal service on something this large and fragile but I'm sure they would be fine if you pay them enough, but I'd rather pick it up in person. 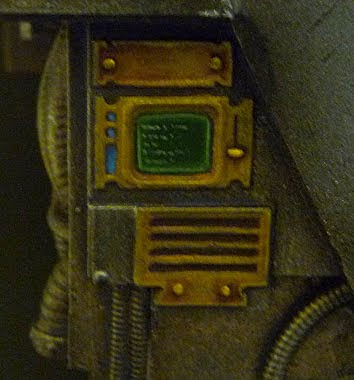 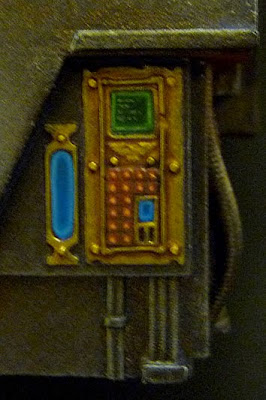 Pornstarjedi is hopefully keeping to his new year resolutions and posting regularly, but until April sometime, adieu.
Posted by Siph_Horridus 4 comments: