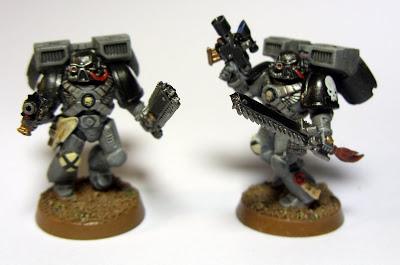 Well, progress with the Weemen has been real slow recently, however not without progress. Here is the sum total of the 2nd Assault Sqd to date. They were started off ages ago here however I will finish them eventually.

I prefer these guys dark and moody appearance to the first Sqd here. But I guess both have their merits, but these look meaner - black vents, weapons and heavy metal skulls! I'm away at the moment so i'll post more once back and settled - hopefully Pornstarjedi is still plodding along with his entire Ultramarines Battle Company repaint, or he's bought some new shiney toys...
Posted by Siph_Horridus 1 comment:

Just a quick update on my (almost) finished dreadnoughts. I've had these guys waiting for some TLC for a while. There are 6 finished dreadnoughts (2 still to be finished)
The first is a FW chaplain dreadnought, armed with a Multi-Melta, power fist combo. I opted for a plastic Power Fist with a flamer. I prefer the larger plastic power fist to the FW one, I really like the positioning of the model, with the gun lowered-as if he is surveying for the next target. The power fist gives a sense of size and power to the model. The model did suffer a major hit during construction, with the iron halo breaking due to a fall, thus the plan is to use the iron halo off a new venerable dreadnought. 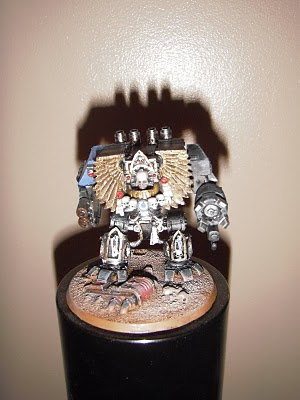 The second and third dreadnoughts are box standard plastic ones, one is the dread for assault on black reach box set, the third a heavily armed plastic dreadnought. 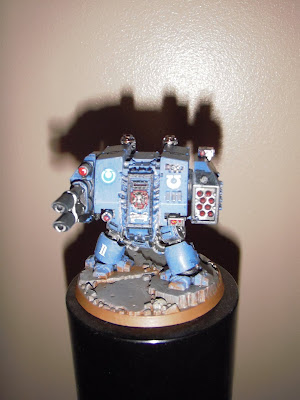 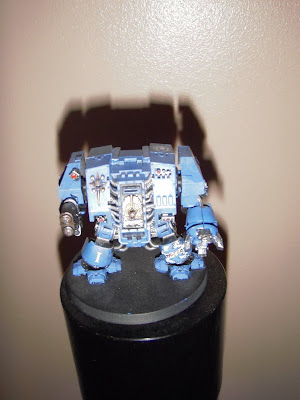 The fourth is the original furiso dreadnought. I loved this model when it was released, thus had to have one. I class this dread as an Ironclad armed with two close combat weapons. 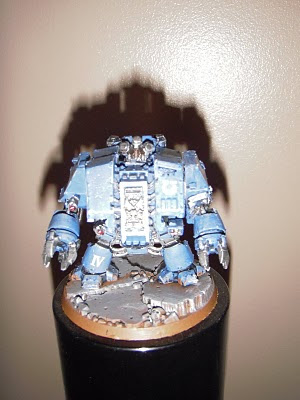 The fifth is another Ironclad dreadnought. This dread has a special place in my collect due in part to the annihilation of Siph's warhound at the start of the year. I've Incorporated two 'titan markings from the reaver kit, one a purity seal with a titan legion T motif, and a honour mark. I have built this dread with interchangeable arms, thus all four weapon options are available. 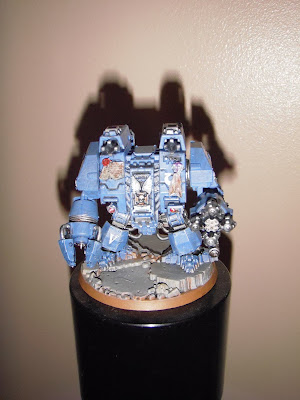 The sixth dread is a new venerable dreadnought. Again, all weapon options have been constructed to allow the weapons to be swapped due to the tactical situation. 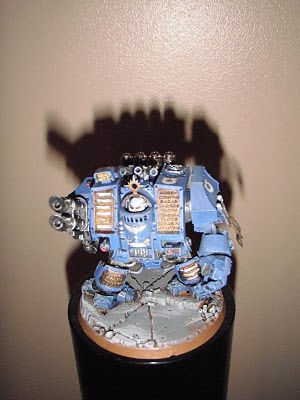 I've also finished a couple of tanks- I'll post these up over the weekend!
Posted by Lord TITANium Halfpenny 5 comments: 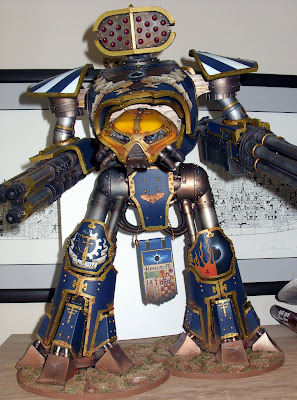 Finally got round to fixing the Banner I had Ron from FtW produce for me. It was discussed at length for Inner Geek's Titan Lucius, follow the link here . I liked this so much, I commissioned Ron to do one for me too. 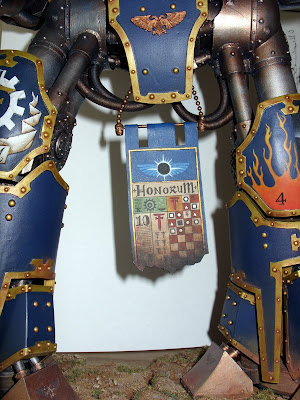 In the design he has incorporated the Name, obviously, but also my Initials and the Number 10. This was the Forgeworld Reaver Number 10, I ordered him on the day they were released for sale. Coincidentally, the Warhound Canis Bellum is also FW Number 10 (weird). The rear image is to tie in with my Relictors, who use a lot of skulls and their Chapter Badge is a skull, again Ron has used the numeral 10. 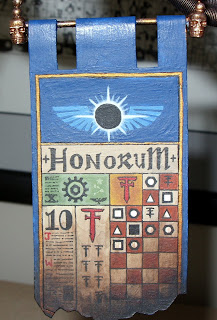 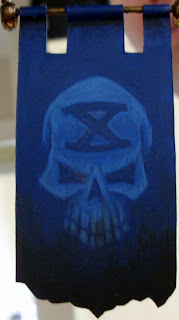