Hi guys - not many updates from me recently, a new job is keeping me uber busy, but I have managed to get a little work done on the Weedudes.

This is my Iron Warriors Daemon Prince conversion - apologies up front for the quality of the pics...it turned out a little larger than I expected and was almost impossible to get it all in frame. 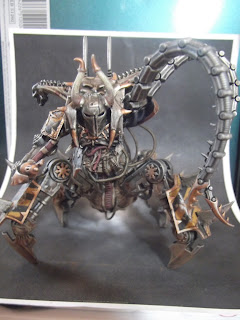 I have no interest in fielding a Daemon Prince for my Iron Warriors, but odds are that I will one day roll the Daemon Prince gift on the Boon table and not have a model to field for it. 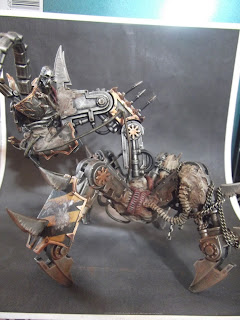 The conversion is made up from four legs from a Defiler, a fifth Defiler leg as a 'neck' and a CSM Daemon Prince torso. There are also Maulerfiend parts on there as well as a few random Chaos bits and a shed-ton of greenstuff. 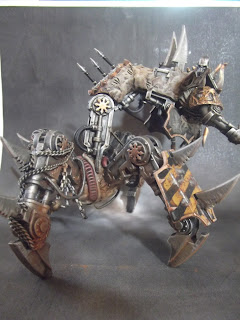 The model went together nicely...except for when I finally glued the 'neck' into place with the metal Daemon Prince torso on it - which unbalanced the entire model. To get around it, I added as much to the rear legs as possible to counterweight the thing (I didn't really want to put it on a base) - hence the chains and random bits. 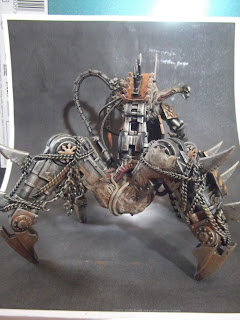 The model is kind of huge for a Daemon Prince...probably a bit too big for a Greater Daemon, but once I got started I couldn't stop building and it looks pretty cool as part of my army. 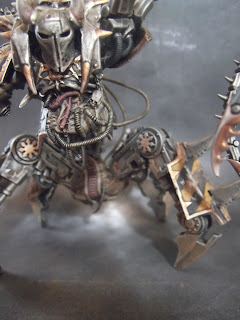 Posted by the 6th degree 2 comments:

WIP Master of the Forge on Jet Bike

Just a quick post to show you the current status of my Master of the Forge on a Jet Bike, with an under slung Conversion Beamer! Siph loves this conversion - his on a 'normal' bike was found here. 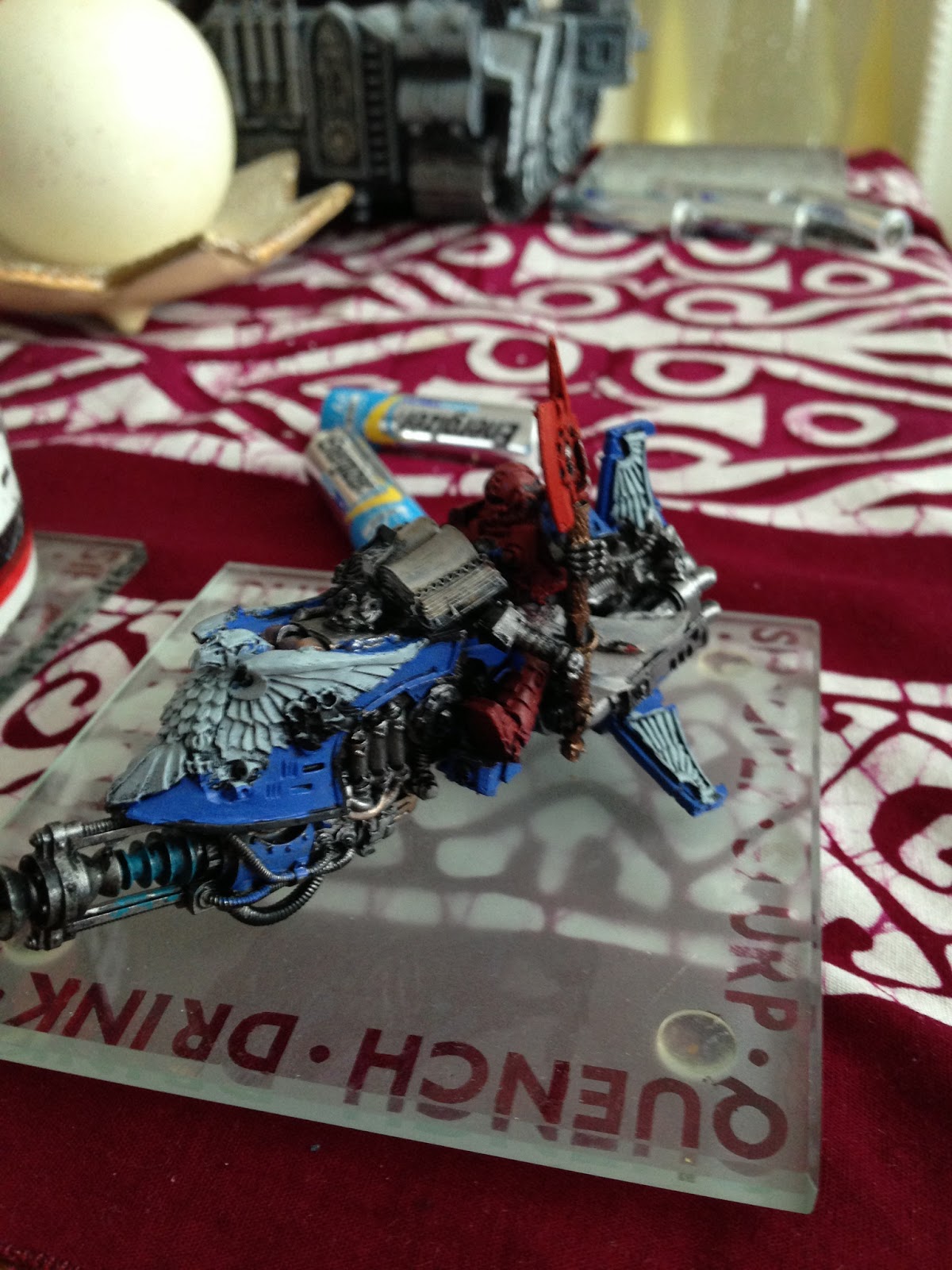 I've only just started applying paint, thus is only the first few coats - details and highlights will be added in due course. 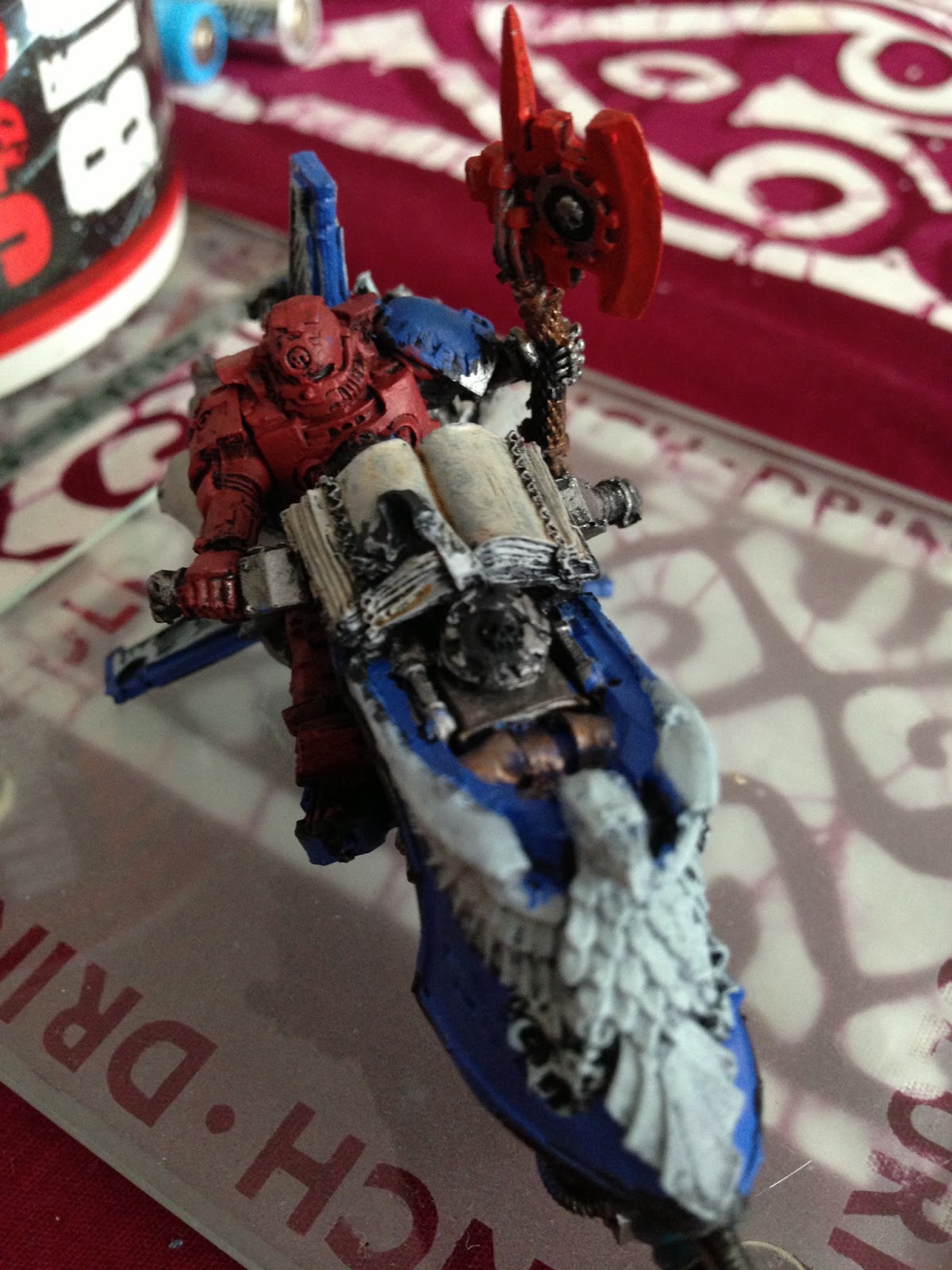 I've opted for the normal 'Red' for the Master of the Forge Techmarine's armour, with the jet bike retaining the Ultramarine blue for the chapter colours, with the eagle Aquila and 'wings' being white, and hopefully once finished will have a slight 'blue' wash colour to them in the recesses. 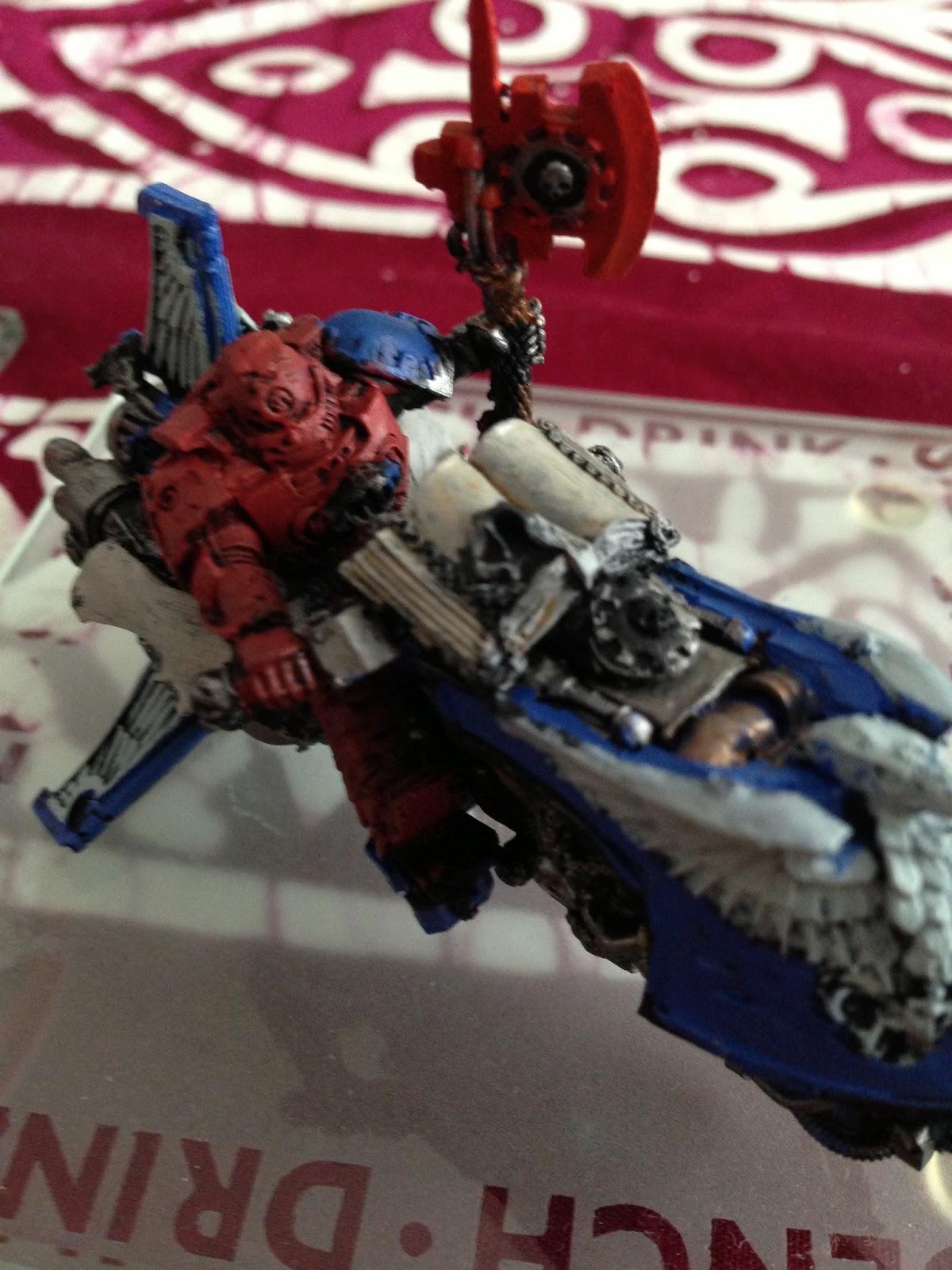 Thanks for looking, comments welcome! 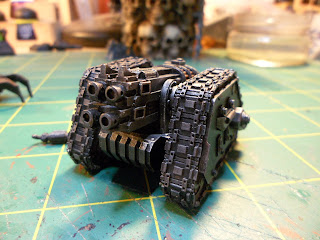 Hi folks, due to professional exams, progress has been very slow recently. But, all study and no weemen makes a dull day, so I have been working on a Forgewolrd Heavy Bolter Rapier Gun Carriage and crew. 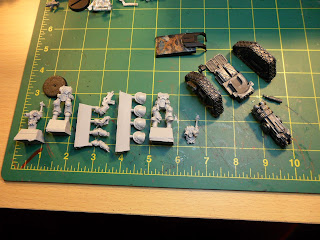 Lord Halfpenny, 6thDegree and I work on a FW models are acceptable rule for our 40K, so the rule of cool works here, 4 Heavy Bolters would have been awesome, (Hvy 12) but alas not even 2 twin linked (Hvy 6 TL) made it through the ruleset. A meagre random 4 TL shots ?? Rubbish, but the low points cost (can't print for IP reasons but the same as a Rhino with Dozer Blade) make it a viable Elite slot if used in conjunction with some more Rapier Laser Destroyer or Thudd Gun platforms. Hell, I just love the blunt raw 4 muzzle look - rule of cool.

What do you think? Do you field models because you love the look of them, regardless of how good they perform? Thanks for dropping by.
Posted by Siph_Horridus No comments:

Pretty Cool Kickstarter for your Wee-dudes

Just thought I would throw this out there quickly:

It is a Kickstarter making wargaming accessories or more aptly "Toys for your Toys". I've starting getting into Kickstarter recently (specifically the Zombicide 2 and Jonathan Coulton graphic novel) and it's a bit addictive.

This one in particular jumped out at me because its from the UK, has quite a lot of stuff for your money on the Pledges and its something I can actually use. 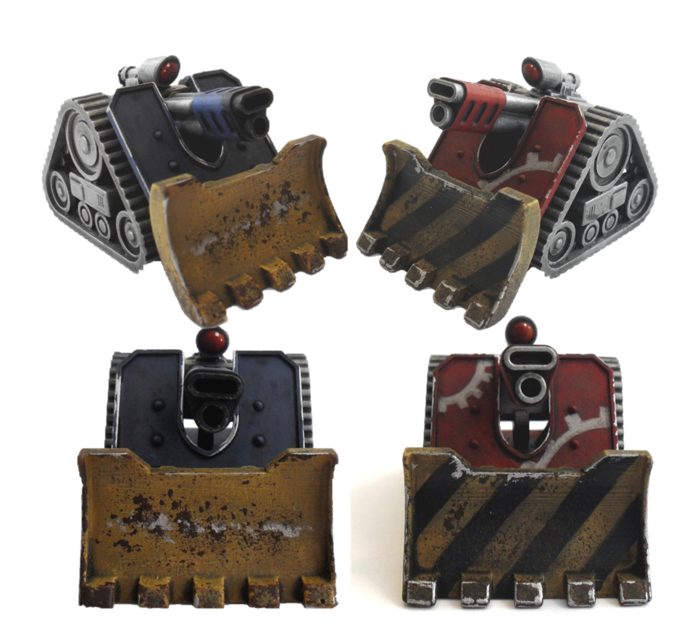 I suggest you take a peek - the mobile weapon platforms look pretty cool and I love me some modular weapons. 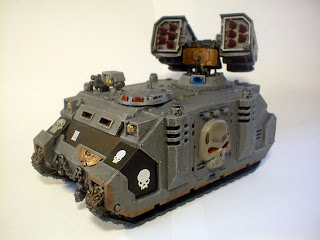 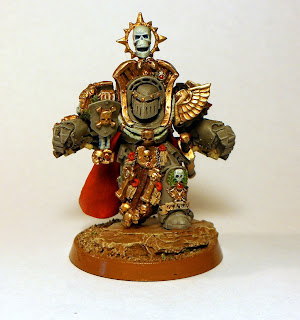 I often look at the GW FlickR pool when checking out the WD Daily section of the GW site, well, I finally got around to uploading some of my finished Relictors to the pool and was rewarded to see them up on the site this morning. Hopefully more mini fans will get to see them and draw some inspiration.

Just type "Relictors" into the FlickR search and lots of my pics pop up, making the Relictor Pool of images about ten times the size it was yesterday lol. This post is purely to point it out and treat you with some eye candy as painting progress between the three of us here is slow at the mo. (Well, Lord Halfpenny is slow at blogging his!) 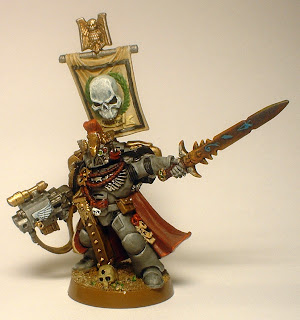 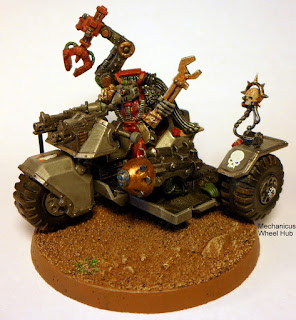 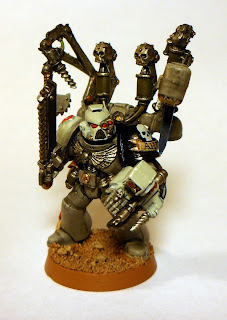 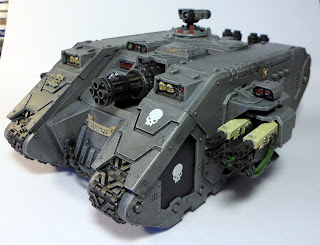 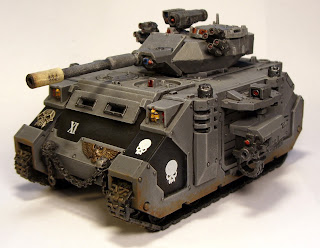 Enjoy. And thanks for stopping by.
Posted by Siph_Horridus 3 comments: 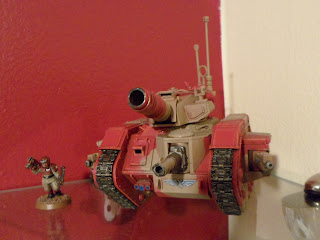 I thought I'd lighten the mood with all this doom and gloom surrounding the GW zealous and harsh dealings (albeit somewhat justified IMHO when dealing with IP and Copyright issues - I don't wish to enter a debate about) with fan sites such as Faeit212 blog and BoLs having 'technical' probs, and jolly well cheer us up. I've decorated my Bathroom to match the colour scheme of my Imperial Guard Vraks PDF. Just don't tell the significant other!....   ... "Yes Dear, it matches the towels" hee hee hee ;)