Relictors Battle Company On Parade - all miniatures to date - Feb 2016 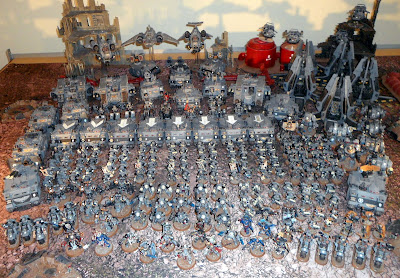 Ask and you shall receive, a good blogger buddy Zzzzzz commented recently that he would like to see a 'family shot' of the Relictors, and I thought why not ;) 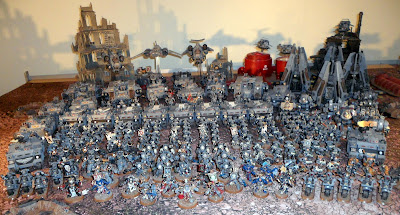 This is the entire Relictors 5th Battle Company I have to date, significantly larger than the previous shot back in Jun 2009 as seen below.

Unfortunately I cannot still accept this Battle Company as finished as I have four members of the Command Squad still to do! But even when they are done, I'll keep expanding as I see fit. Now some close ups of sorts... 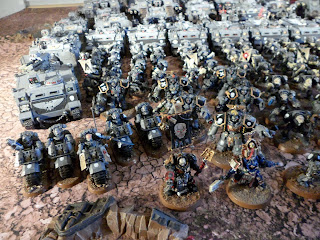 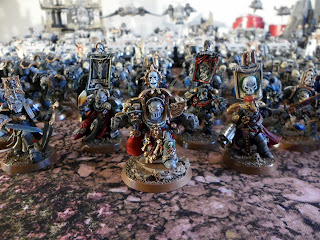 Marneus Relicgar - Chapter Master of these Relictors! You may also recognise Vulkan He'stan, and Pedro Cantor and Tyberius the Red Wake and the recent Shadow Captain Solaq. 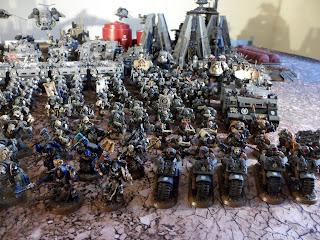 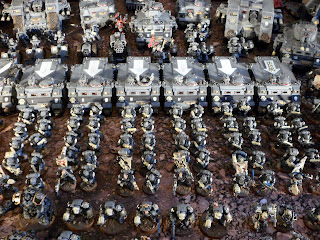 The core of the 5th Battle Company, 6 Tactical Squads and Rhinos 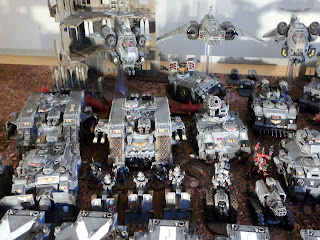 Some of the Heavy Support elements 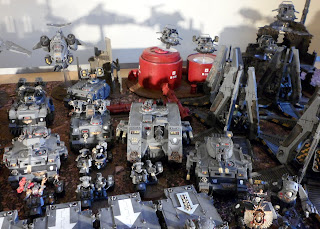 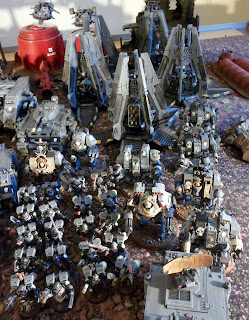 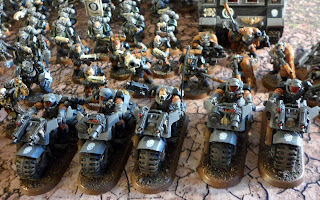 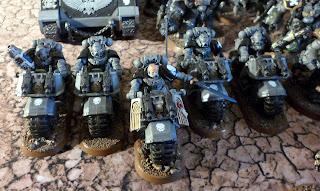 My lone Bike Squad - these will be added too soon... 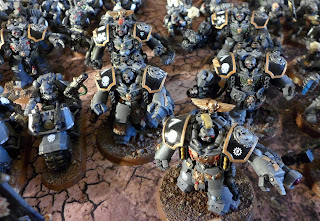 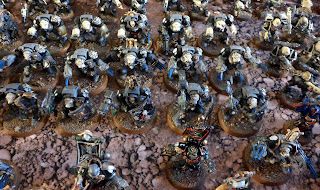 First Company Terminators and Sternguard - I have expansion plans for both too... 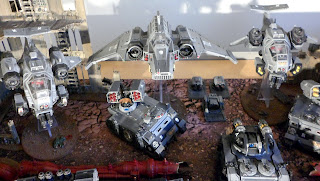 There you have it, my Relictors miniatures so far. I am adding to these as and when I can. And the above doesn't include my Mechanicus forces, Necrons, Imperial Guard, Daemons, Assassins, Legio Astorum Titans or the fledgling Tau... Ha Ha. I'll need a bigger room soon!

Hope you like ;) Thanks for dropping in.
Posted by Siph_Horridus