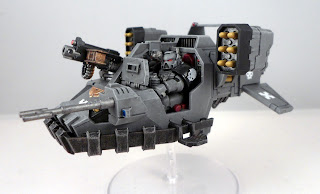 Hi Readers, I am continuing with my massive Relictors Battle Company arsenal with the latest addition of a Landspeeder Typhoon. I already have two Landspeeder Tornado's armed with Multi-Melta and Heavy Flamer, and a single Landspeeder for use with my Suppression Squadron Whirlwinds, but not a Typhoon. 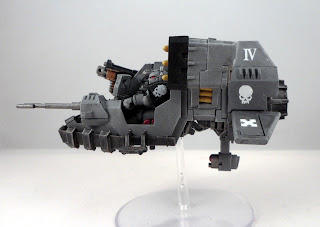 The paint scheme was the same as the others, and same transfers to make sure they all matched properly, the yellow missiles match much of my army missiles. 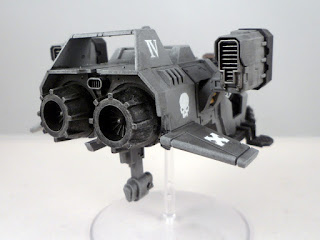 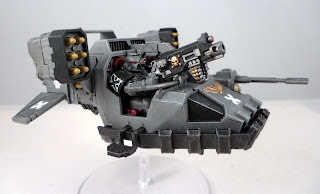 The gunner has a Heavy Bolter as I envisage this Landspeeder staying out of harms way, using the superior range of the Typhoon Missile launcher and mobility to keep out of the way and grabbing objectives late game. A Multi-Melta would be a waste. 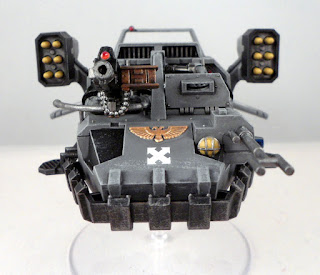 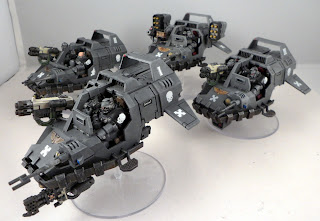 And finally, a couple of shots of the whole family, this Landspeeder came about from the purchase of the Shadow Force Solaq which I got for the Captain previously posted in January, so this was a freebie in my eyes ;) Ha Ha, an expensive Captain and Sternguard... must get around to them. 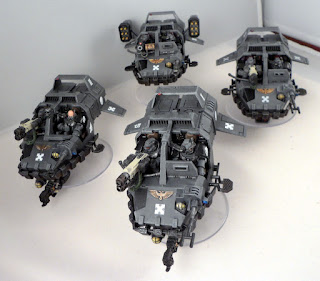 Cheers folks for dropping in our humble corner of the interwebs... Titan updates will come shortly...  Still on HQ Squad short of the completed Battle Company, it's like a running joke now at Weemen HQ... but even if I complete the 4 models I need to, the Battle Company will never be fully completed right?
Posted by Siph_Horridus