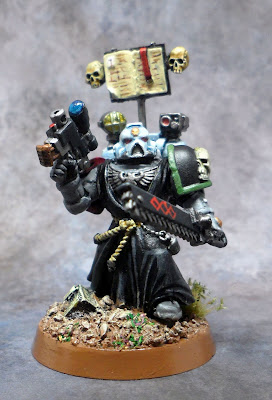 Hello All, thanks for dropping in to WeeMen. I have a few Characters to show today. I've finished off the 4th Company command characters I bought as a job lot eBay rescue along with the Company Ancient and the Techmarine already seen. I am pleased with the addition of the helix on the Chainsword. 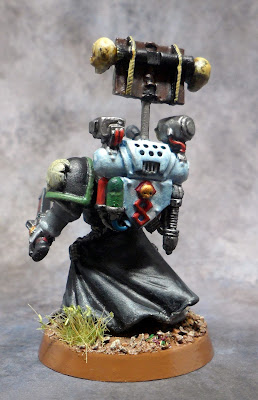 This Apothecary started life as a Company Veteran but a backpack change and a new paintjob  plus re-basing on 32mm meant with some work he will now (and has) see battle on the 41st Millennium again. 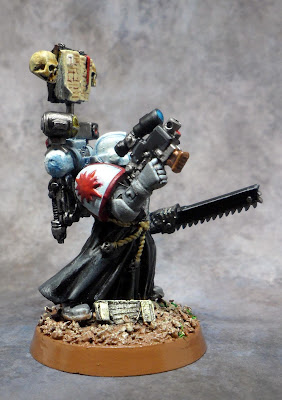 As with the other members of the 4th Company Command, he has a relic book atop his armour and a command star on the right pauldron but now in Apothecary colours with the left pauldron a Relictors half skull and green company colour trim. 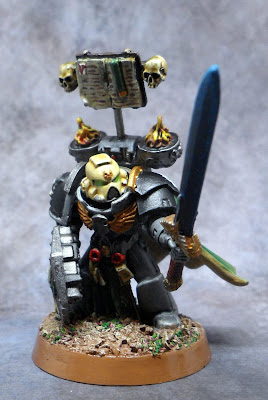 The Company Champion started life as a completely different model with Storm Bolter Power Fist. I repainted him entirely and gave him a relic blade from the bits box. 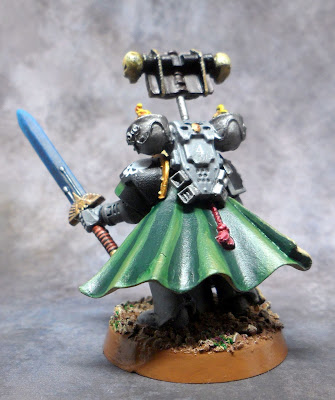 I painted his cloak to green Company colours and added a suitable Champion-esque pauldron with a green flash. He has the flaming braziers backpack the other Command Squad members have. 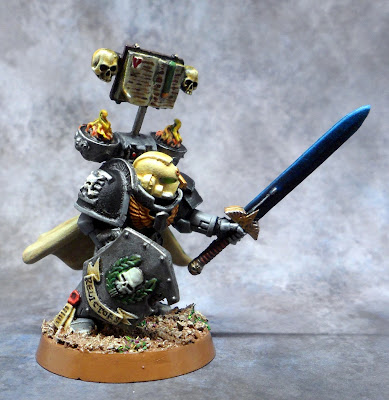 The original model came with an Inquisitorial Seal pauldron so I ran with it and gave it Relictor colours, maybe he had served attached to Inquisitorial retinue or Deathwatch some time ago? His helmet signifies his Veteran status in bone off-white colours. 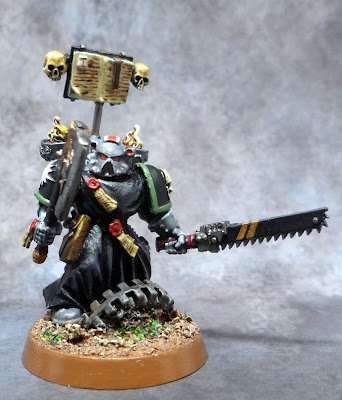 The final member of these three started life as a Veteran and now has been upgraded to a close-combat armed Lieutenant. His job is to sit back with the heavy guns and offer his re-roll bubble (Command Advice) and if attacked, launch into defence of his charges. 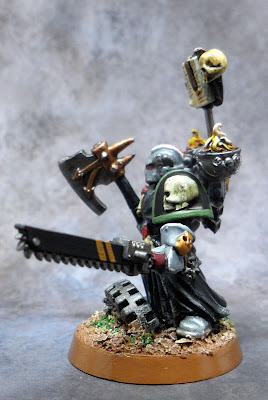 I swapped out his original brazier armed weapon for a standard Chainsword and Power Axe for some bite. I was rather pleased with the overall look and the Lieutenant helmet stripes are the first ones I've done and look good. 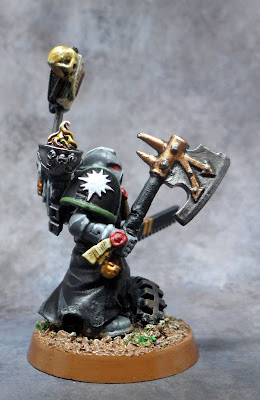 Again the Command Star pauldron in Relictors colours with a green trim. The Power Axe looks quite heretical, just right for Relictors - maybe it's a Daemon Weapon?! Shhh... 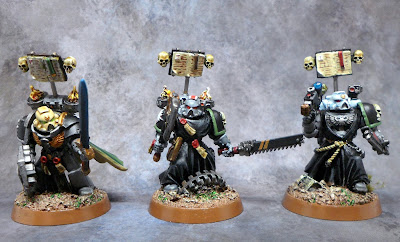 So, there you have it, three more characters to fill out my 4th Company command. 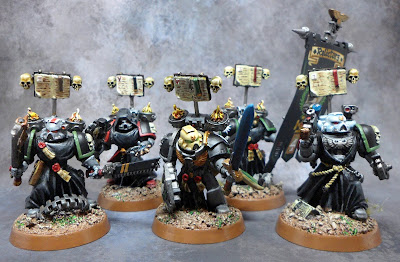 And here they are with the other two members, five decent rescue jobs and rightly based on larger bases with re-paints and some re-modelling.