Some steady progress with regards additional weapons for the Warlord and Reaver.

I've added the Belicosa Volcano Cannon for the Warlord, this has had a magnet added to allow for the weapons to be switched. To finish I need to wash the gold trim, and then highlight, as well as the heat effect on the end of the barrel. 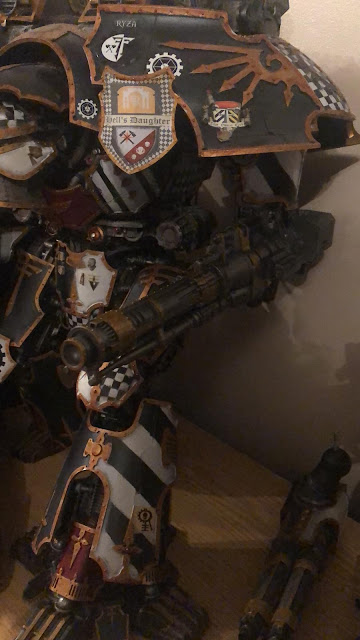 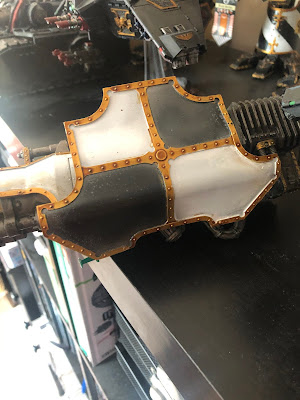 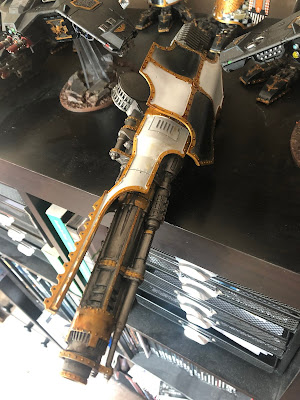 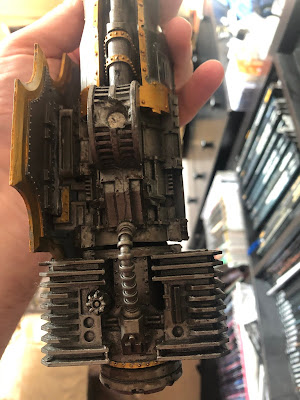 For the Reaver I am converting a pair of Warlord Apocalypse Missile Launchers to be used as arms to have a 'Dreadfire' Reaver Support Titan. This was found in the early Epic version of the game. Three Apocalypse Missile Launchers will be putting out a load of damage and hits both in AT games, and 40K. I've added a bolt through the arm which is then secured with a nut and washer using the hold in the shoulder joint for access.

The launchers will be painted a Legio Crucius scheme to match. 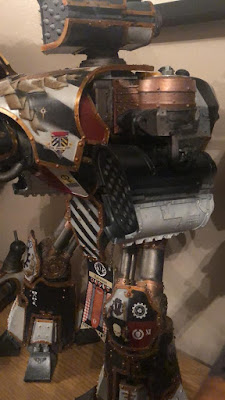 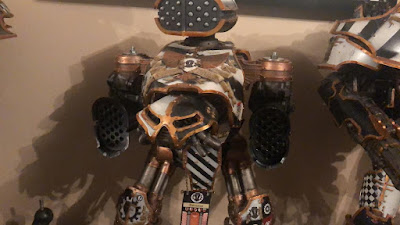 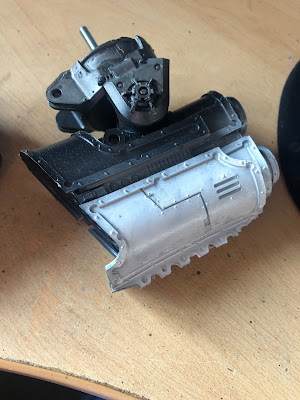 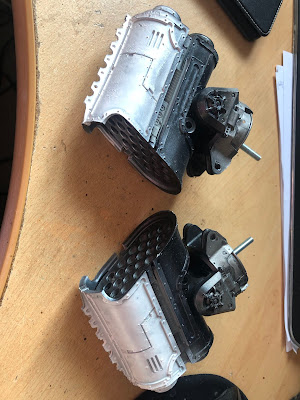 Thanks for stopping by! Cheers, Princeps Lord Halfpenny
Posted by Lord TITANium Halfpenny