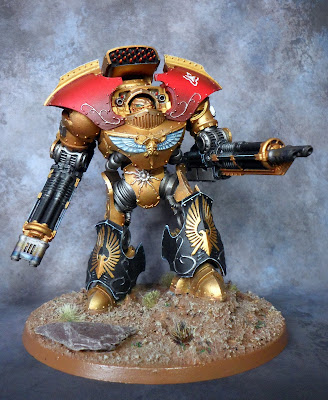 Hello, thanks for dropping by. I have started to add some units to my fledgling Custodes Army, consisting of just 5 Exo-Armoured Squats (counts-as Custodian Guardians with Spears) at the moment, but plenty of Custodes plastics in the to-do pile and I love the look of Allarus Terminators and Dawneagle Jet Bikes so I will be getting some eventually. I also have Ixion Hale from FW who will make a great Shield Captain with Castellan Axe. 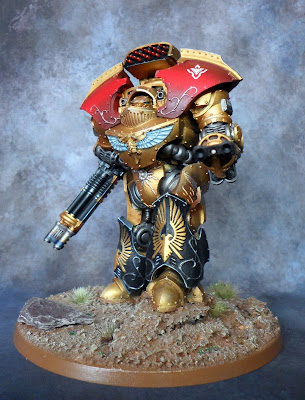 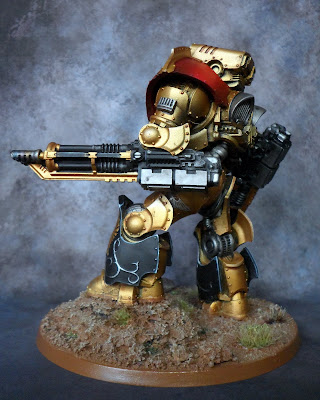 I love the look of the rotating barrel "plasma/lascannon" Arachnus Storm Cannon. Putting out 12 S7 shots is great damage potential against the toughest vehicles especially with the re-roll for wound. But this does come with a price, albeit a lot cheaper now than it was! (circa 280ish rather than 340!) 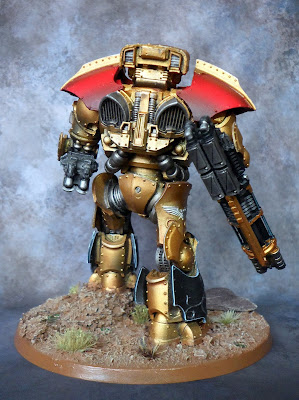 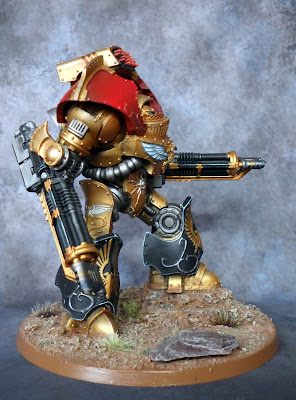 I've weathered the barrels with heat staining using blue/purple/sepia washes and a drybrush of Chaos Black at the muzzle. The gold is Retributor washed Reikland and drybrushed Auric Armour and the chest Aquila has a blue glaze over Ulthuan Grey. 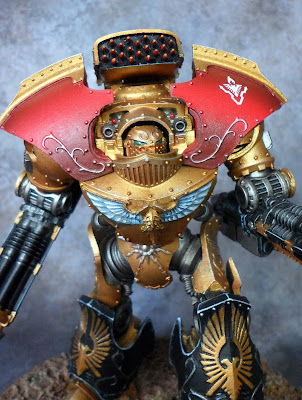 I used a decal from the FW Custodes Transfers sheet, I think it looks superb. 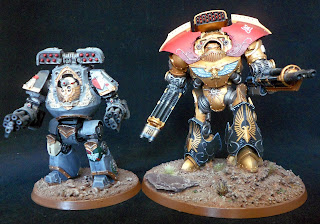 And for the size comparison next to my relic Contemptor Mortis Dreadnought, this is when you realise the thing is huge, Armiger Warglaive sized rather than a Dreadnought! 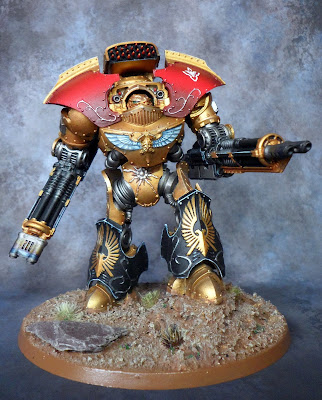 The height on the base is used cork board covered with usual sand and PVA and some slate chips from the garden. 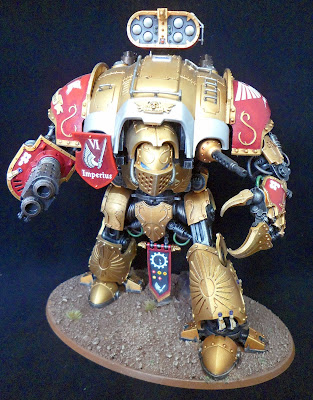 Just as an addition to the Custodes force, I added some more additional firepower to the Imperial Knight Errant Freeblade in Custodes colours, a Stormspear Rocket Pod for the carapace. 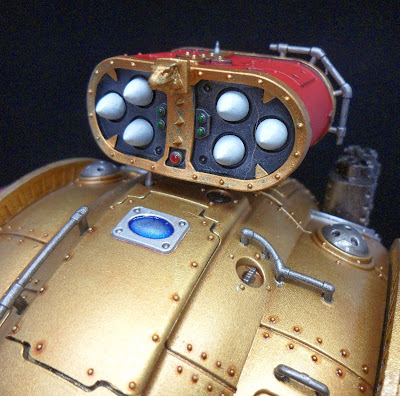 That's it for now, working on some big-ish models at the moment, will have more Custodes soon. Cheers, Siph. (5pts Dreadnought)
Posted by Siph_Horridus