Firstly, I have added honours and kill markings to my Titans from the Titan Owners Club UK Walk at Milton Keynes last year. I've used the transfers from the FW sheet. I will be having honours like this for any Titan kill during Titan Walks. 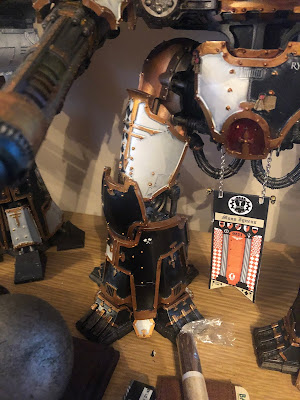 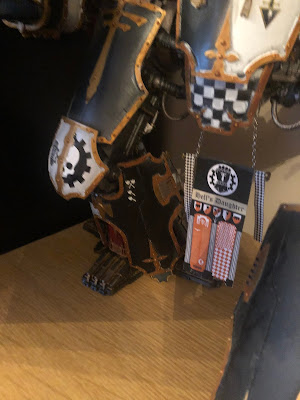 Secondly, I've also virtually finished the Belicosa Volcano Cannon for my Warlord 'Hell's Daughter', which I wanted to get finished for this weekends Beachhead 2020 Titan Walk.. pictures next week... 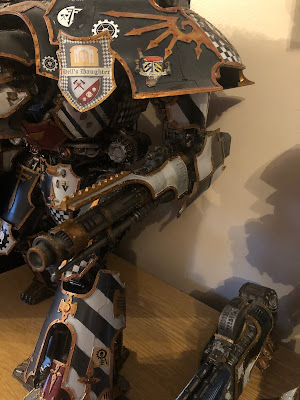 I am also working on a project with my Reaver - going back to the old Epic 'Dreadfire' Reaver Support Titan - with 3 Apocalypse Missile Launchers. I wasn't sure initially but its growing on me now I have added some colour to them! 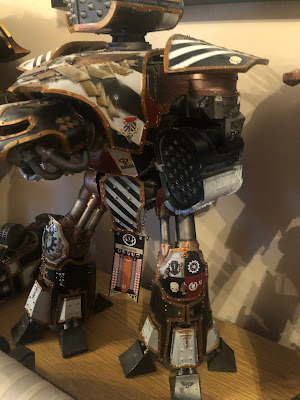 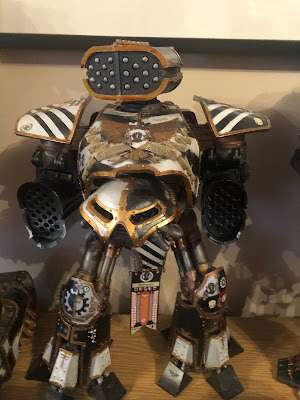 Thanks for dropping by, Princeps Lord Halfpenny.
Posted by Lord TITANium Halfpenny