I hope you all had a fantastic Christmas!

This weeks offering is several new additions to my Deathwatch force, 2 Corvus Blackstar Flyers and a Drop Pod! 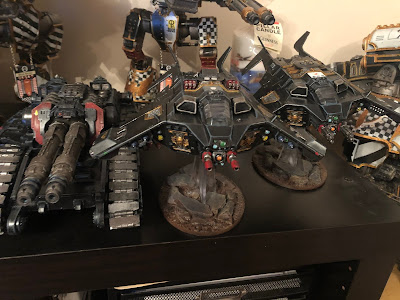 Corvus Blackstars
I have painted up 2 of 3 Corvus flyers, as stated before, I love the look of these flyers, game wise they might not be great, however I can see them being quite a menace on the dance floor! One is armed with Lascannons, the other Assault Cannons. I have added Hurricane Bolters to one (at the moment). 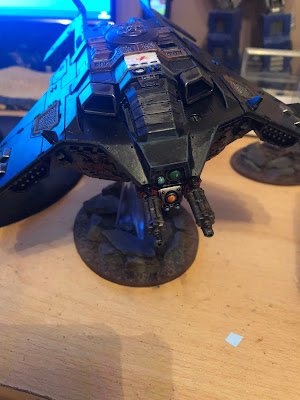 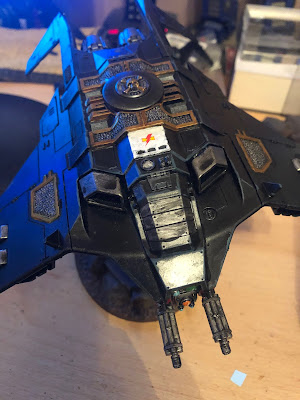 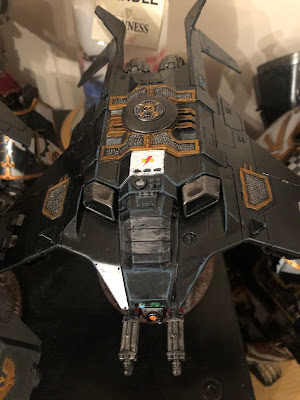 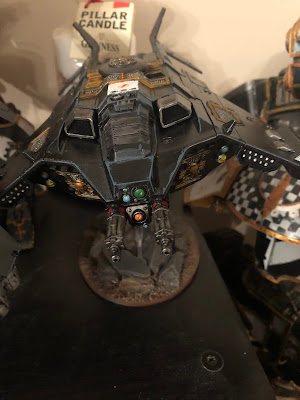 Each Corvus Blackstar has has the same armour plate painted to represent the pilots home Chapter - the first Relictors - had to be done :) (Cheers matey! - Siph) and the other White Scars. I will be following this scheme on all vehicles which would have a pilot/driver. 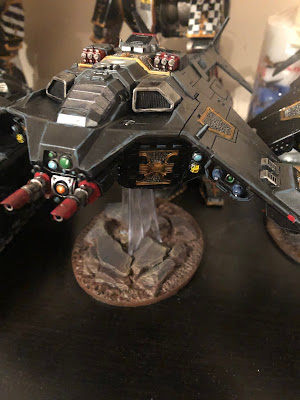 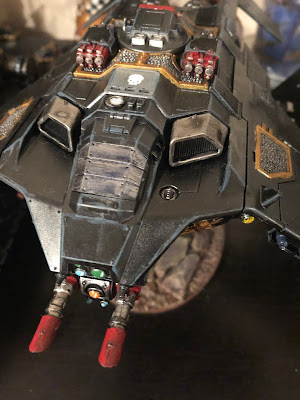 The armour has been painted in the same style as the dreadnoughts and rhino, with line highlights to finish. Really happy with the results - as I've tried to avoid line highlights, normally opting for drybrushing.

Drop Pod
The drop pod has again had the same finish as the other vehicles. The interior has been finished as per my Ultramarines Drop Pod I did 10 years ago! 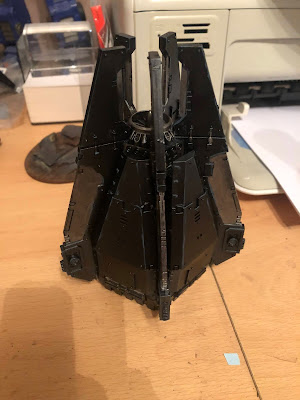 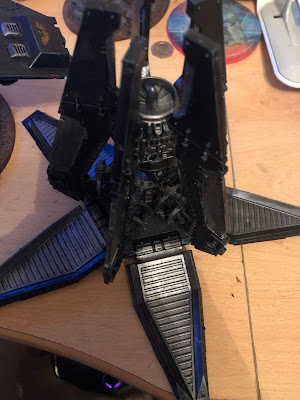 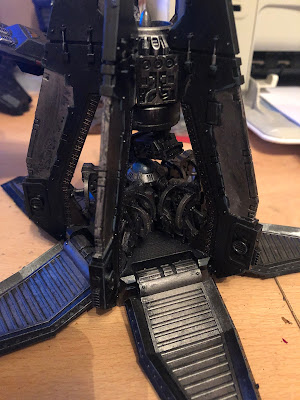