Hello one and all.

This week has been pretty productive - my first 40k battle for a good while with Siph, and managed to get some hobby painting time.

So up next, the completed Deathwatch Relic Falchion Super Heavy Tank Destroyer. 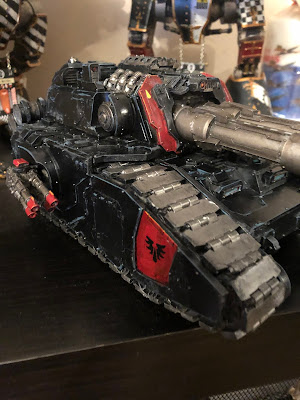 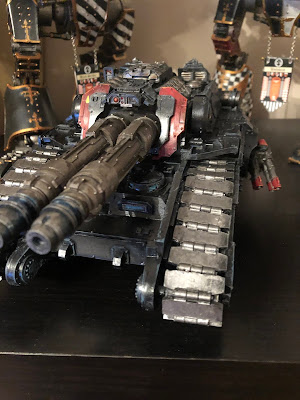 This beast has already seen combat, having taken out Siph's Baneblade with its first fire at our battle at Warhammer World, Nottingham HQ, and for this the tank has received a Blood Angels honour to the gun shield. For all the vehicles of the Deathwatch I will be adding a small spot colour to honour the chapter of origin of the driver of the tank - in this case Blood Angels. 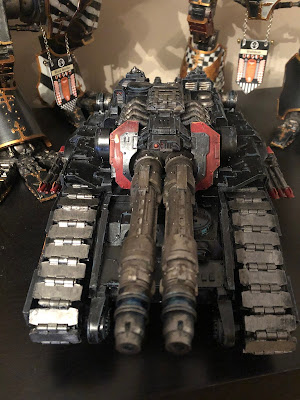 The tank was painted as per my other tanks and Dreadnoughts. I added some details to the barrel for heat effect, using a blue ink. This was then drybrushed with initially Chaos Black, and then silver to finish. 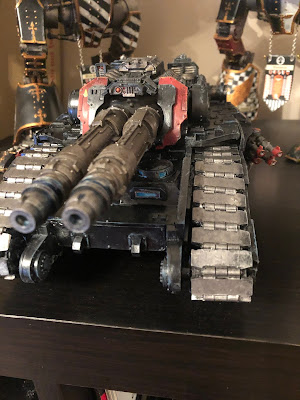 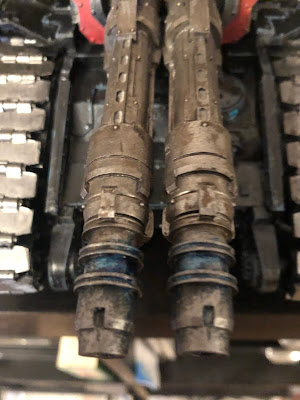 Really happy with the final results. I may return to the tank to add weathering to the tracks and undersides, but at the moment I am going for a 'clean-ish' look.