Another week past, another week of working through the 'to do pile' this time, a Rhino and a Dreadnought - which I bought over 15 years ago! 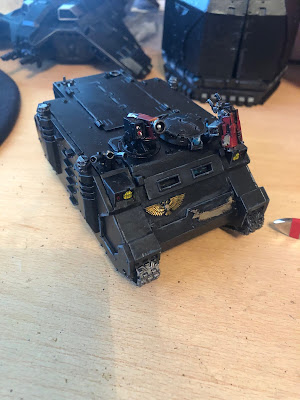 This was a spare Rhino I had from the custodes box set, I didn't see the vehicle as the choice for those guys, so I opted to 'paint it black' for the Deathwatch force. This has had a simple black base, Metallic base finish and then line highlights from grey to Thunderhawk Blue then the details have been picked out. For the Deathwatch I am keeping the scheme with red weapons, which will be shown across all units. 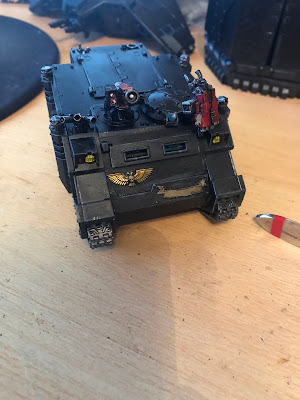 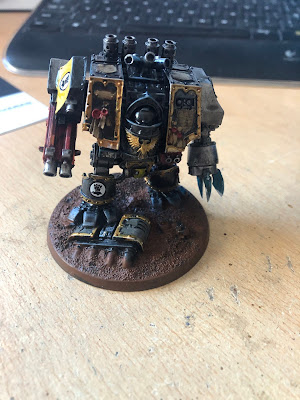 This Forge World Dreadnought was bought years ago when I first got back into the hobby after university (and due to DoW gaming with Siph!). This model had its original Plasma Cannon swapped with another model thus this one was given a twin Heavy Bolter arm. The model has been given an Imperial Fists logo and right arm, I followed the same paint scheme as the other Deathwatch units. On the base there is a back portion of a fallen Dreadnought brother or victim? 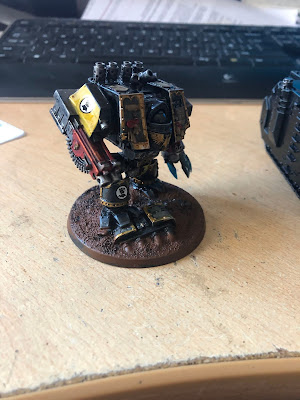 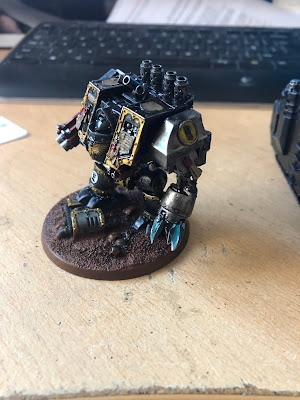