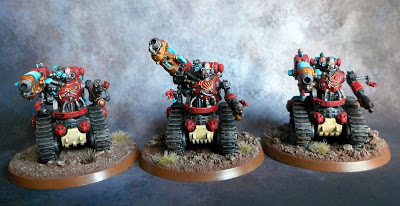 Hello All, thanks for dropping by. I have finally gotten around to finishing a squad that has been sitting on the painting desk for a long time, since Warhammerfest really! Here is my latest addition to the growing Adeptus Mechanicus army, a squad of Heavy Battle Servitors - Kataphron Destroyers. 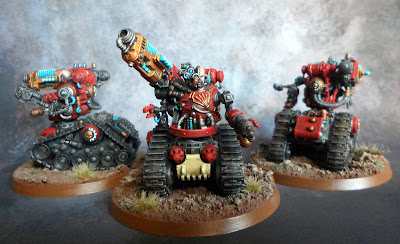 These were painted to match my existing scheme, much of which was painted by blogger buddy Mordian7th so I did my best to use the same reds and golds and blue power cables. 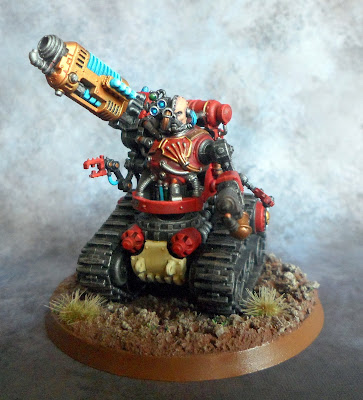 I chose Heavy Plasma Calivers as quite frankly they are the best choice, and rather than give secondary weapon Phospher Blaster, I chose Cognis Flamers for the Overwatch protection (Cognis meaning roll two dice for 'how many shots' and discard the lower). The alternative Heavy Grav Cannon is great but the longer range, more strength and well Plasma is a great choice especially Heavy D6 shots and the Heavy Battle Servitor ignores the move and fire penalty. 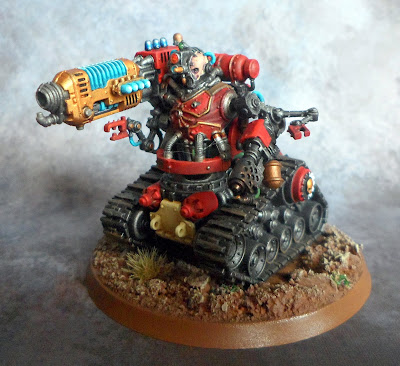 I painted the Heavy Plasma Cannon Retributor Gold to show the sacred and reverent status these weapons would be, the wrath of the Ommnisah made manifest. 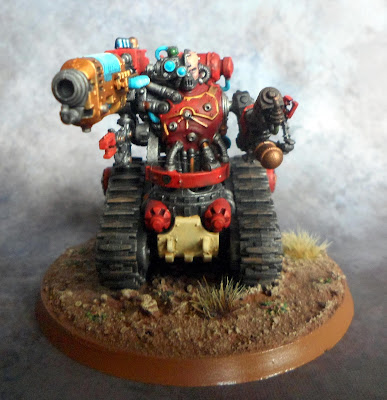 The scheme overall is stock-Mars with a lighter bone accent to brighten up the overall scheme. The lack of track guards like the Breachers means the scheme is quite dark and metallic. 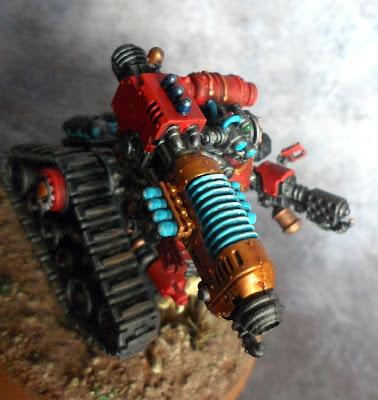 The Plasma was my go-to plasma colours, Kantor Blue base, Sotek Green, Temple Guard Blue, BaharrothBlue and Ulthuan Grey finish, the final three colours just on the ridges getting progressively smaller toward the top. 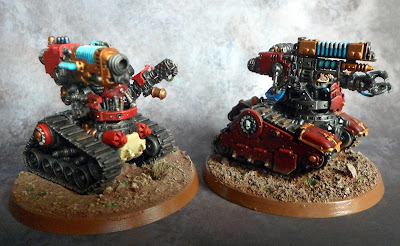 And here is a comparison shot next to the Kataphron Breachers, not a bad match up colour scheme, happy with that. 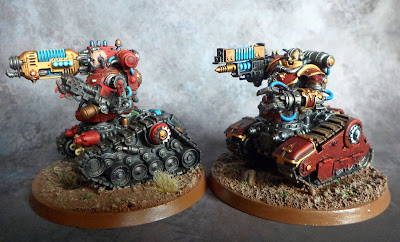 The lack of track guards really emphasizes the heavier brawling nature of the Breachers (3+ save) over the lighter Destroyers (4+ save). 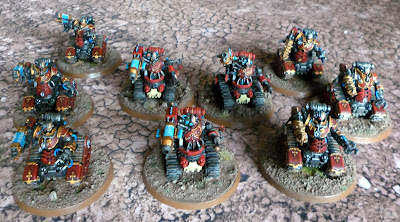 And a final shot of the Heavy Battle Servitors to date. A great addition to the Machine God's forces. Cheers, Siph. (6pts)
Posted by Siph_Horridus