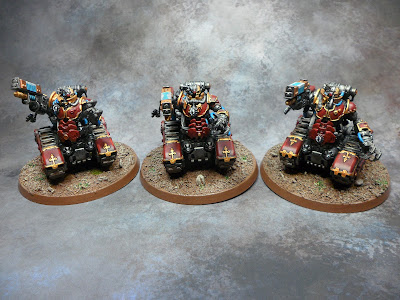 Hello All, thanks for dropping by, I am recovering from an awesome weekend of Titan gaming at the Titan Owners Club UK Walk, more of that later with photos. Right now, I have re-armed my Kataphron Breachers to be more in line with the 8th Edition meta of shooting is king...

I had two squads of Kataphron Breachers seen HERE armed with Torsion Cannons, a mighty weapon - if it hits. A one shot Heavy 24in, Strength 8, -4AP and D6 damage was a tank killer IF the squad was lucky with it's to-hit rolls, but more often than not these expensive heavy troops missed and then subsequently died to massed guns or countercharge melee, having to close to 24in to fire these guns. I decided I would re-arm one squad with more flexible weapons. 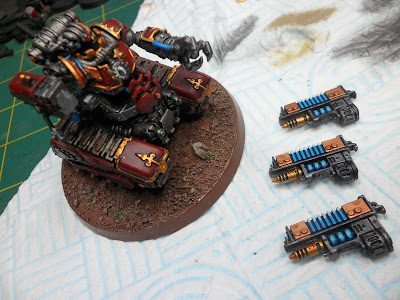 I purchased a box of Breachers/Destroyers from Warhammerfest with the intention to make a squad of effective Heavy Plasma Caliver armed Kataphron Destroyers, this gave me spare weapon options to re-arm a squad of Breachers. Pictured are the Heavy Arc Rifle bits painted up to swap, the internal tab removed as the surface is now flush.. 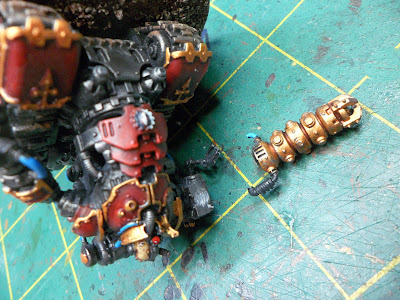 The Torsion Cannon was cut off at the weapon body, a bit both weapons share in common, this was sanded smooth and the Torsion barrel off to the bits box. The Heavy Arc Rifle was simply glued in its normal place and voila, a more flexible higher rate of fire, longer range squad of Breachers. 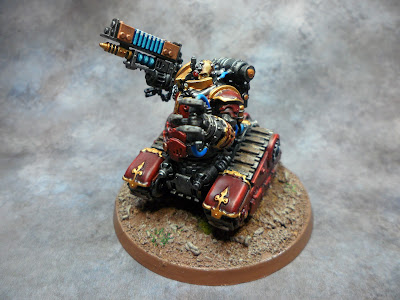 The Heavy Arc Rifle is Heavy 2, 36in, Strength 6, -2AP, D3 damage or D6 against vehicles, coupled with the Hydraulic Claw these are still effective vehicle killers if needed, but the two longer range shots give me a lot more flexible squad that has the chance to hit other targets. Not forgetting Heavy Battle Servitors can move and fire heavy weapons without penalty. 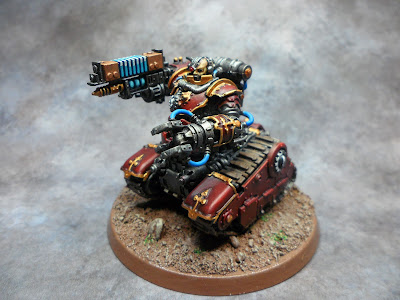 I sacrificed the magic St8 and -4AP for longer range and mutliple shots. Now reaching another 12in and doubling the amount of shots I have a fair chance of being a more effective unit and at a lower cost of points too. 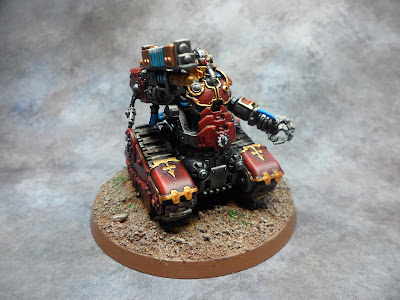 If I need dedicated anti-heavy vehicle firepower if facing an Imperial Knights list or Superheavy Tank, I can call on the other Torsion Cannon armed squad or rely on the Neutron Laser Dunecrawlers!

So, there you have it. A more flexible troops option for the battlefield of 8th Edition. Cheers, Siph.
Posted by Siph_Horridus