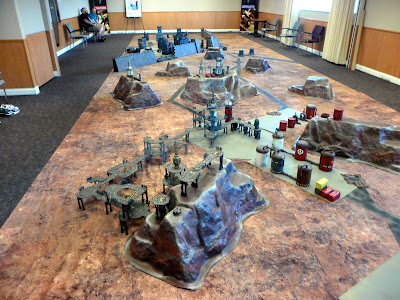 Hello Titanseers and Princeps, thanks for dropping by. We had such a great blast of a weekend in Hive City MK (Milton Keynes, UK) with fellow Titan Owners Club Members. This was the board that awaits the players as they came in the room, a great playing surface custom made for Drake Seta at TOC, and yes they are fish ponds as mountains painted by the good WeeMan Lord Halfpenny. 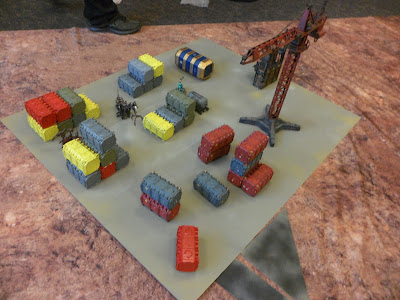 The map contained AdMech container shipping yards, with the addition of a Legio Astorum shipping container by me. 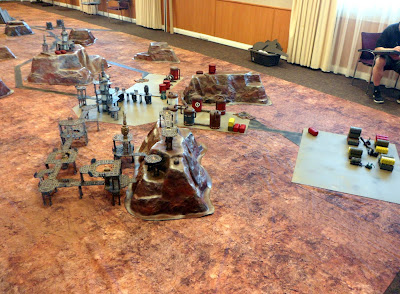 This was the Eastern Sector, it will be hotly contested by Ignatum and Fureans Titans later. 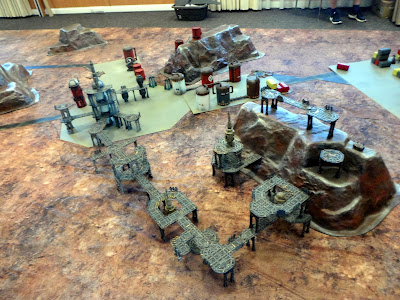 This was the Central Sector where Astorum would face Tempestus amongst others. 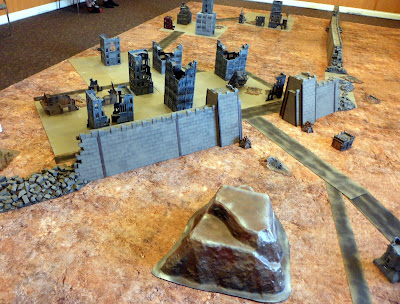 This was the Western City Sector, defending it would be Lord Halfpenny's Crucius Titans and Howling Griffons and a force of Solaria Titans too, amongst many more, facing them was a glut of Mortis Engines and more traitor forces... battle pictures to follow in the next post. 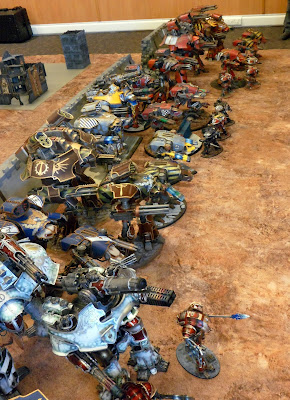 As is now tradition at the Titan Owners Club events, the day starts with a line up of forces, partly so everyone can get some good pictures and enjoy all the other members Titans before hostilities begin and you focus on your own area of the battlefield, and partly so we can count Titans, assign forces and generally balance the forces evenly. I think the count on the day was 65 Titans, 10 Banners of Knights - so 75 units! 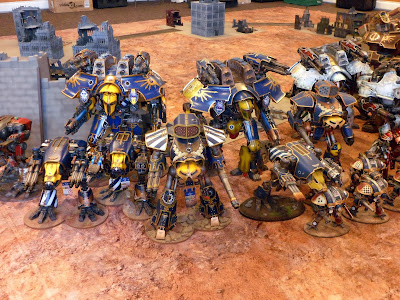 Here is my Maniple, eagerly supported by my Brother Astorum Engines by John H, forming a central defence of a large Astorum Battlegroup. 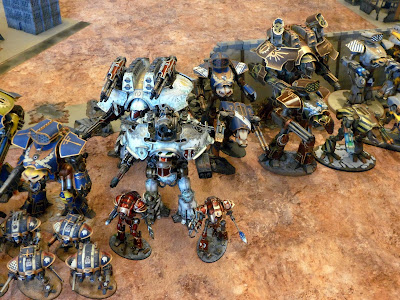 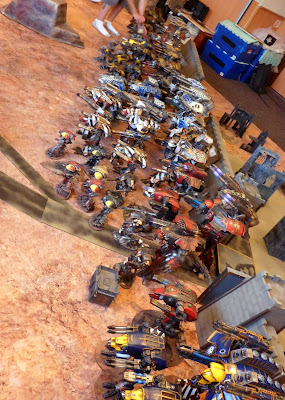 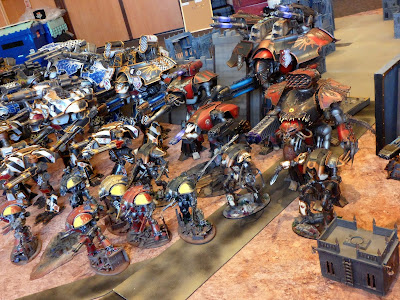 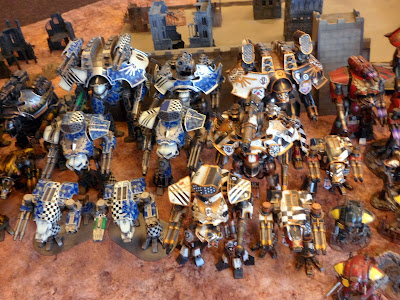 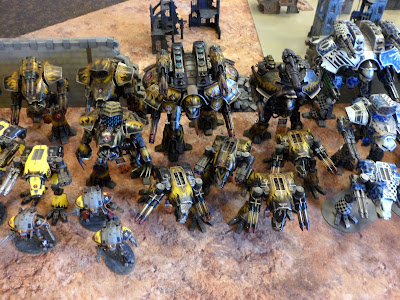 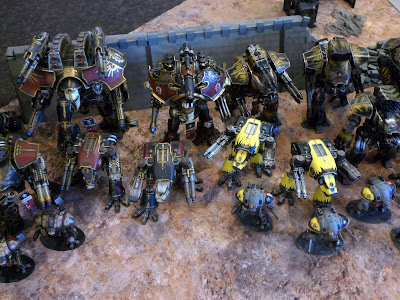 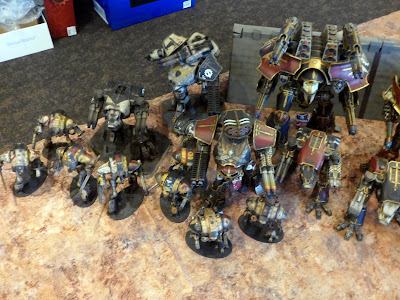 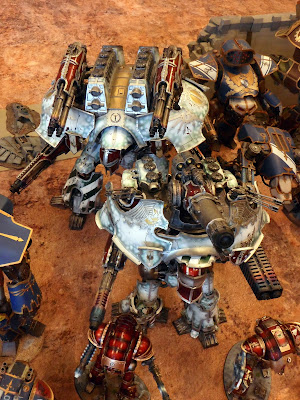 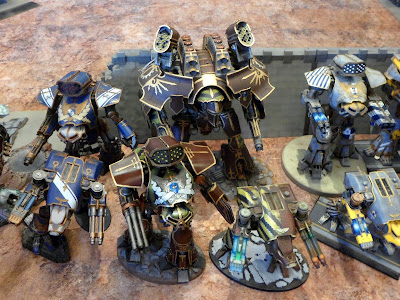 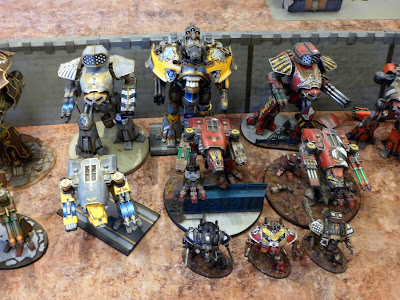 Legio Gryphonnicus by Ollie and Legio Ignatum by Lee 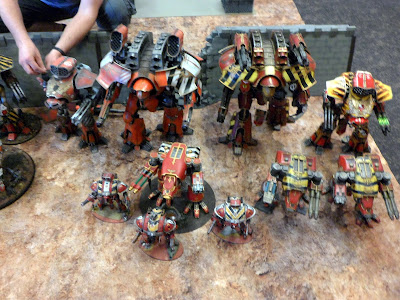 I'll post the battle photos in my next post, to avoid Titan Reactor Meltdowns, Drake Seta will be able to tell you all about those... brilliant weekend with like-minded Princeps, good atmosphere and social and breakfasts, hotel facilities were spot on and it is safe to say we are all looking forward to the next event!

Thanks for stopping by, cheers, Princeps Siph!
Posted by Siph_Horridus