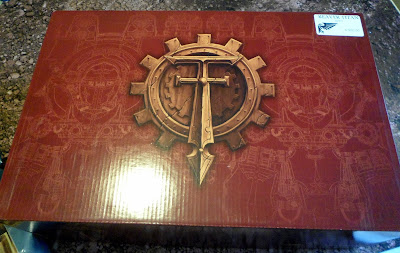 Hello all, anyone who frequents this blog will know that Lord Halfpenny and myself are Titan nuts, and the elusive 6thDegree has two Warhounds too and LH and I are both admins at Titan Owners Club, so it may come as a surprise to some that I haven't yet built a Reaver Titan myself. I commissioned Richard Gray (now a triple Slayer Sword Winner and rightly so probably out of my pay bracket now) to build and paint Reaver Honorum, so after my own Warlord Dominus Victoria build and paint I figured a Reaver should be child's play... ;) 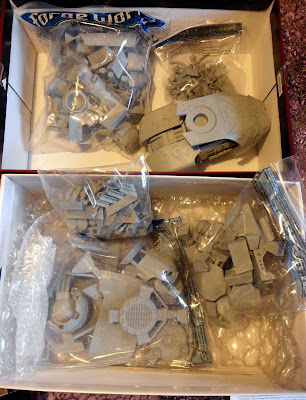 The fact is I think a Reaver is more challenging than a Warlord, which is made of quite large pieces whereas the Reaver is a lot more fiddly and that middle left bag - that's "Piston Hell"... but I am very much looking forward to getting into the build, I have a pseudo deadline for the next UK Titan Walk in June, I haven't quite committed to having it finished, but I will try! Anything less than 3.5yrs the Warlord took is a bonus! 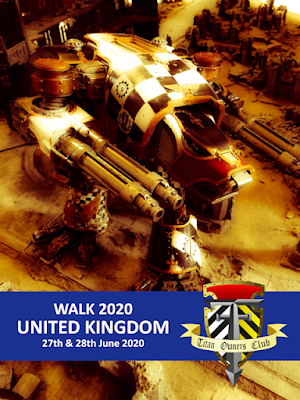 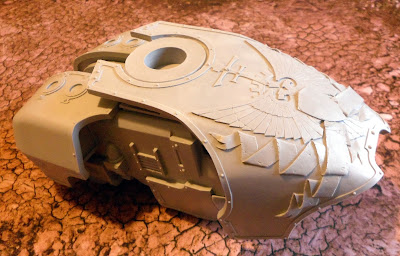 Of all the Titan frames, the Reaver is my favourite, and my first owned Titan - so i'm surprised it has taken me this long to get another. I have been saving, selling unbuilt armies that I finally admitted I'd never get around too, so £500 from the sale of T'au, and some more cash means I have saved enough for the Titan body and armaments. So far I have just bought the body - I have made a start on the torso as seen above, I love the beetle-esque shape of the Reaver torso. 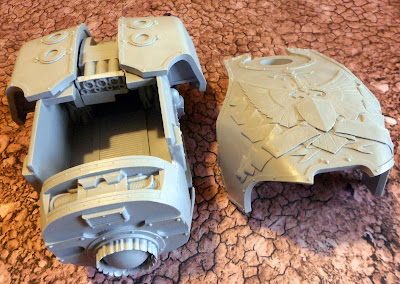 I have trimmed and cleaned up these pieces, dry fitted to make sure of a tight construction and not glued and pinned anything yet. I still need to scrub and bathe the lot to get rid of the mould-release agent. 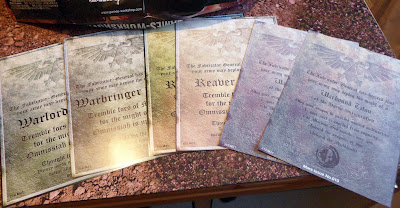 My Titan Certificates so far... yes the Warbringer is yet to be started too! 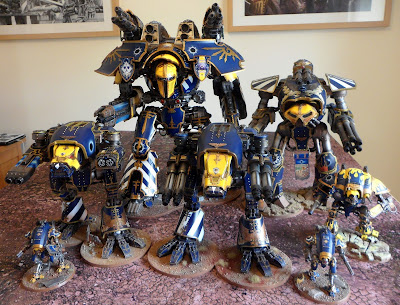 And the Maniple this Reaver will be joining, Warlord Dominus Victoria, Reaver Honorum, Warhounds Canis Bellum and Canis Praetor plus the vassal Knights of Legio Astorum.

The newest Reaver Titan is as yet un-named, any suggestions gladly received or along with Honorum I might choose one from the Siege of Vraks... Praetorian, Tritus, Invigila Alpha, Invigila Beta, Invictorus, Astor Tyrannis, Incaeduus Prime, Aeacus Ultra or Questor Tyrannis...