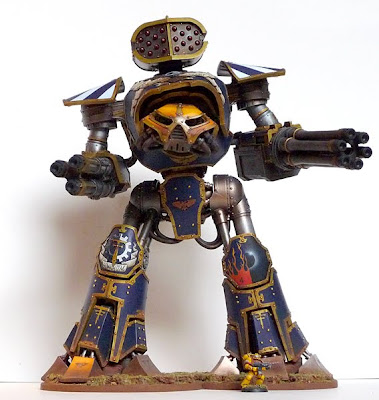 So I can't wait any longer. I've spoke to*Slayer Sword Winner 2014 Richard Gray and will be collecting 'Honorum' tomorrow on my journey down to the South of England. So, without further ado titan lovers, may I present 'Honorum'. 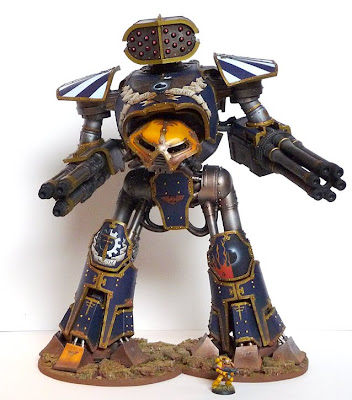 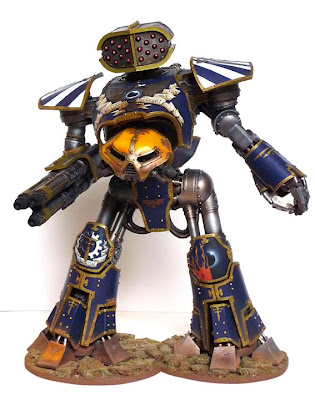 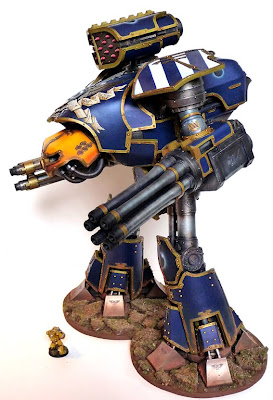 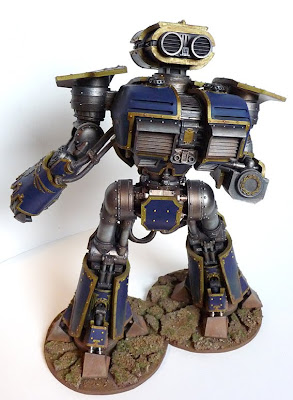 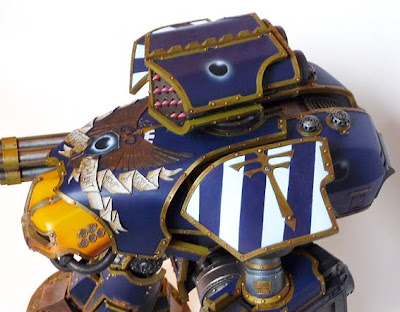 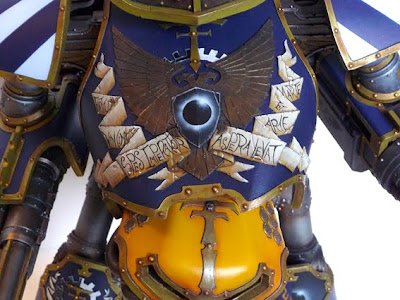 The scroll work includes the latin motto's of various ships on which I have served (with a cheeky 'Emperor' thrown in to 40K them! 'Spes Imperator Aspera Levat' Hope (in the Emperor) Lightens Difficulty, 'Marte Et Arte' By Mars and Art, and 'Fortitudine Vincimus' By Endurance, We Conquer.
More photos will follow once this boy is home. If you want any particular close ups for your own project ideas, leave a comment and I'll accommodate. Again, big shout out to Richard Gray from Richard Gray Creations, the artist who did a better job than I dared attempt, and sort of apologies to Inner Geek for not attempting it myself...
Now Imperial Warhound Canis Bellum, Legio Astorum has a big brother...
Posted by Siph_Horridus