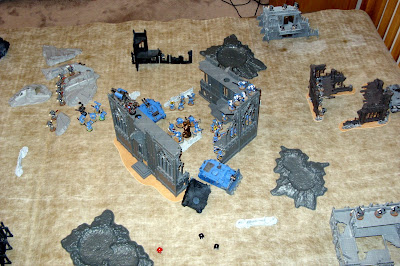 Well I returned home for Easter and Pornstarjedi came to visit and we got a cheeky battle in between drinking heavily. We thought we might try out one of the Battle Missions, all round defence. The Ultramarines would defend a statue whilst the Relictor's attacked from all sides. 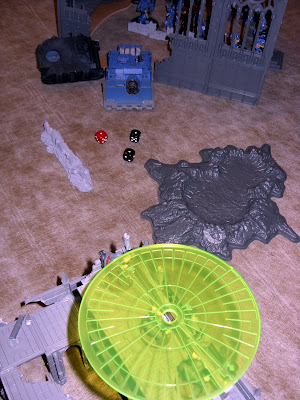 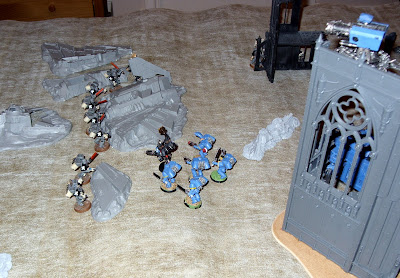 The tightly packed defenders where a prime target for large blast weapons, however the Relictor strike force lacked that sort of firepower, preferring up close and personal assault Termies and Troops and a drop pod of Sternguard yet to arrive. (I hadn't painted the Whirlwind and forgot my Vindies! Doh! - Siph) 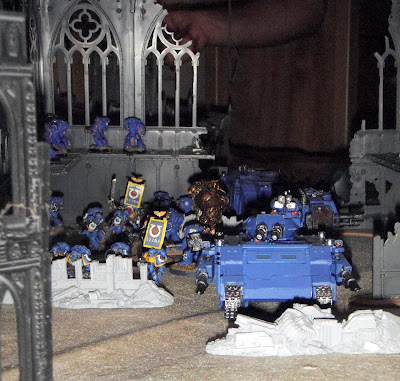 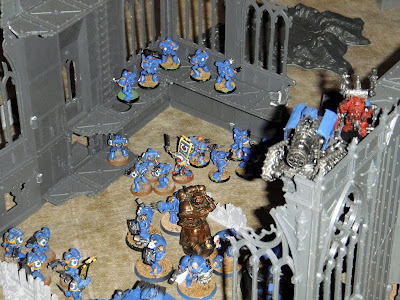 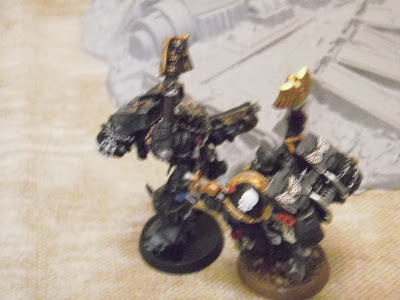 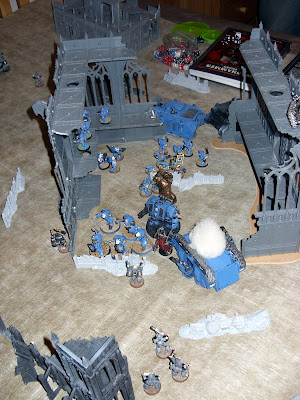 Seeing the mighty Heroes advancing and striking down a squad of defenders, the Ultramarine Terminators and Venerable Dreadnought defending the statue advanced toward the Relictor scum. This would be a tough fight for the wounded Capt and Priest - lightning claws and TH/SS were not easy prey. Elsewhere, a lucky strike from a krak missile opened up the Ultra Predator Annihilator. The Termies and Dred killed the Chaplain and Captain but not without loss of the dred CCW to a strike of the Relic Blade. 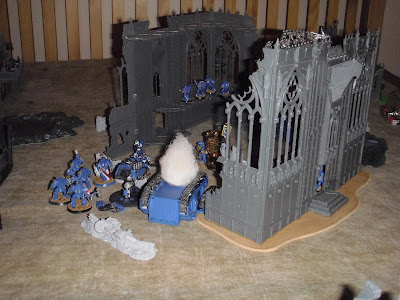 Turn 3 saw the arrival of the Sternguard in a drop pod and the TH/SS Relictor Termies entering the field from the table edge (to avoid the inevitable Deep Strike Mishap in such a busy centre - must invest in some teleport homers). The Termies marched toward the Ultra Terimes and a 'clash of the titans' was on the cards (don't bother to see the re-make film - it's gash). 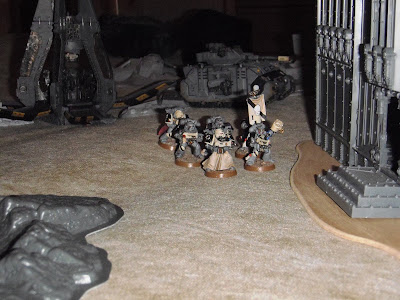 The Relictor Sternguard walked into a hail of fire from the Ultramarine defenders who poured out from the doorway and the Vindicator reversed and spotted an opening, firing it's mighty shell through the doorway flattening the Relictor counter strike dead - not even a cover save could help 5 of the Sternguard! The Relictor attack was now floundering, the Termies were battling on, cutting the last Ultra down and advancing further to the statue but with only 2 of their number left. These were then charged by a combat squad to slow the advance and maybe hold out for the end of the turn - in true Siph fashion, he failed a save and a Termie was cut down by a Tactical Marine with a combat knife! 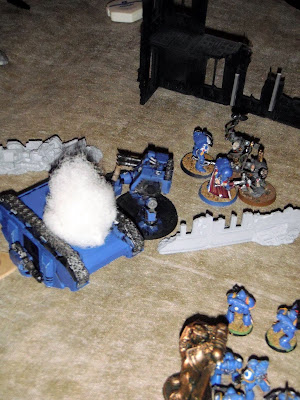 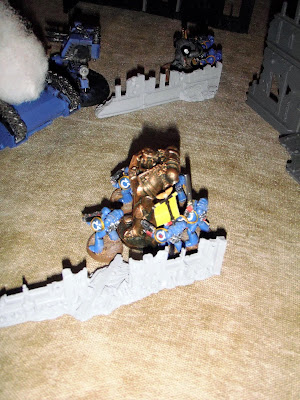 This left plenty of Relictors out side the Sanctuary but with little hope of advancing to the statue within the remaining turn limits. The defenders had held to the last 7 men. The vindicator finally blowing up after presenting the rear armour to a Krak missile when it attacked the Sternguard. The Relictors still had a Pred Destructor, Razorback Assault cannons and a few squads in ruins but the main assault force of Assault Troops, Characters, Termies and Sternguard had all fallen except the Terminator Sergeant (my avatar pic- Siph). 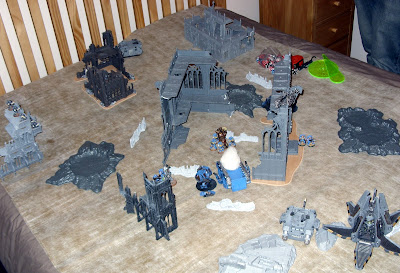 Result - Ultramarine Victory, barely. But that's all that counts. Better luck next time for the Attackers, more template weapons would be a must. Siph had a Thunderfire and 3 Vindicators painted which could have made a big dent in the tightly packed ruins. Each battle is a learning curve...
Posted by Siph_Horridus