Siph's list was a Calgar-Dread list, including a Master of the Forge to enable him to field 5 dreadnoughts of various types. Jedi's list was a Mono-Khorne list, with Skulltaker as the Character choice.
We decided to test them on of the scenerios that we will be playing at BW3 (thanks FtF)

Infiltators- Scouts into 'infirmary' building in opposite quarter to Relictors Deployment. 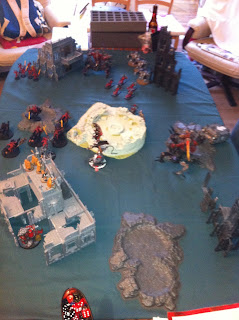 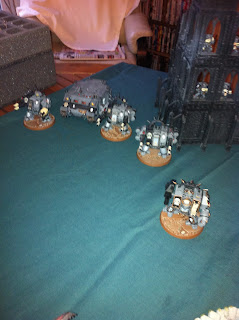 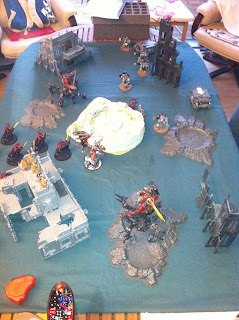 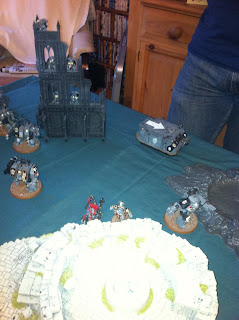 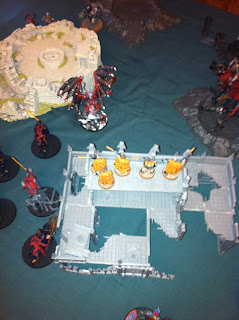 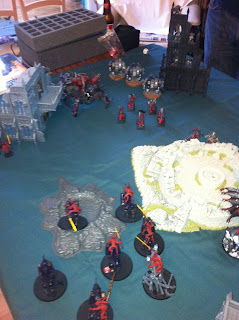 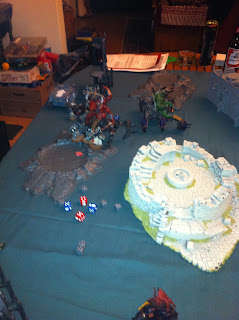 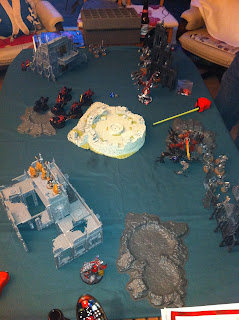 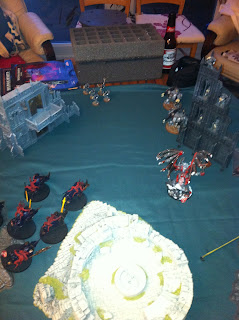 Turn 6
Game end - a win for the Daemons!! 1 quarters to 0
Posted by Lord Halfpenny