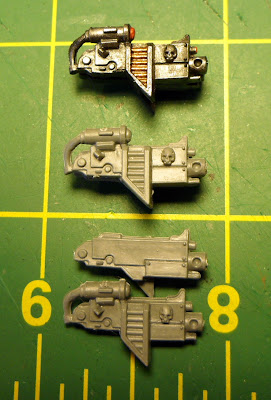 If you play SM and you have either some old Vindicators or play three to get an Apoc Linebreaker Squadron, you may not have modelled your storm bolters due to the lack in early kits or late addition to Codex or like me you've modelled a Command Frame Accessory? Maybe you want an additional Storm Bolter for those 'Destroyed Weapon' results?

As above, file any rivet detail from the inside of the two guns and stick together making sure they are correctly aligned. Next, file a slightly steeper angle on the magazine to fit the front sloping armour of the said Vindicator/Rhino/Razorback/Predator. Glue when painted for ease, and done. Simples. 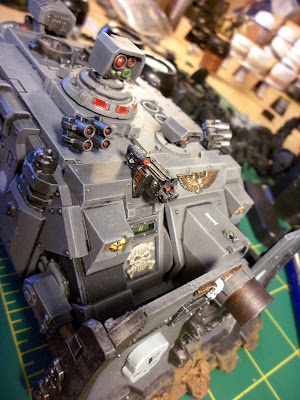 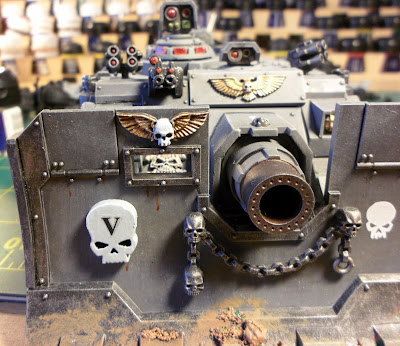 See also my other simple Conversions: Combi-Melta and Sternguard Bolter. Thanks, hope they help.
Posted by Siph_Horridus