Legion of the Damned Squad

Not my own work but a rather cool ebay purchase i saw through Warseer (Animatronica thread here) and had to have. The cost was offset by selling my own unbuilt squad and another squad boxset I won through Heroes of Armageddon weekly draw (go donate to this great cause), so next to nothing really! I tried them out this week versus Pornstarjedi's Ultramarines and they ate through a Sternguard squad and Termi Assault Squad with help from Pedro Kantor before dying to a charging Marneus Calgar and more Assault Termies. 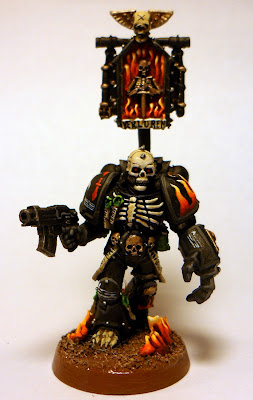 I love the relentless aspect so the squad will get an additional Legionnaire with Multi Melta which I'll paint to match, shouldn't be too hard as i have these for reference. Their 3++ save is awesome and kept them in the fight for ages. 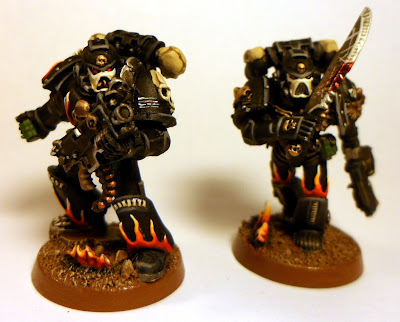 I changed their bases to match the rest of my army but kept the cool flames on the bases and have an extra one I took from the Flamer armed Legionnaire for the new MM Legionnaire. Also changed the Sergeant's bolter to a bolt pistol to make it Codex legal before I read a FAQ which says he can replace Boltgun and/or Bolt Pistol for Powerfist, oh well - kinda like the old style Bolt Pistol, so it stays. 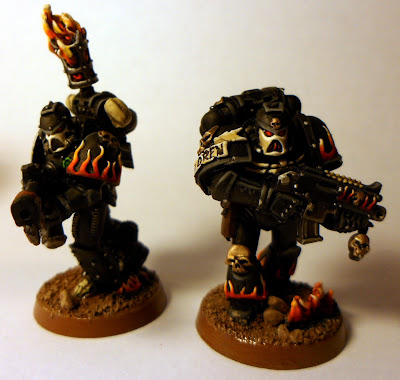 A great addition to the ever growing Relictor force...
Posted by Siph_Horridus

Labels: Legion of the Damned