Relictors Master of the Forge Techmarine with Conversion Beamer 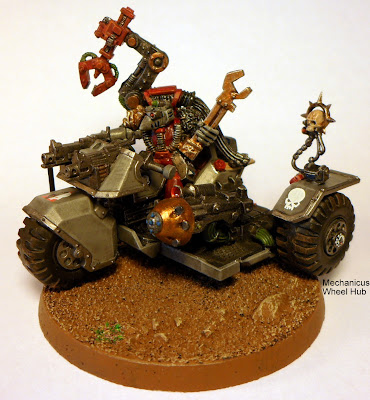 Hi all, I have finished my not so secret 'mystery' project posted a few days back. It was indeed a Master of the Forge on bike with Conversion Beamer. The Master is suitably garbed in a MK6 Artificer Armour with big shiney Gold Shifter as a badge of Office (!), painted the same as my other Techmarine, red with grey head and arms. 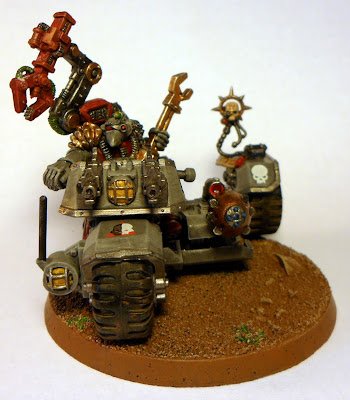 I used a number of pieces for this mini. A rogue trader Conversion Beamer from the Eighties, an Attack Bike (duh!), a rogue trader Techmarine Rider from a jet bike and a Servo Arm from an early Techmarine (plus a few hacked off gubbins from the techmarine - I was going to use his lower legs but failed, so he was in for the chop). 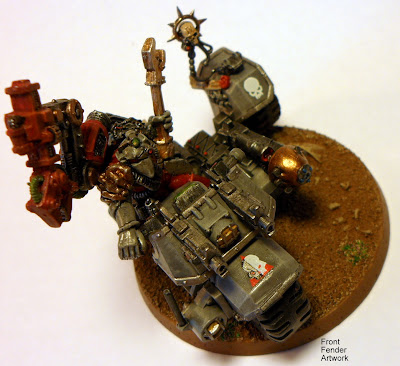 The front searchlight scanner thing is from the Aegis defence line and the power cables to the gun and the plasma charge thing-y on the rear fender are from a lascannon sponson. The power pack on the side car is from a Sentinel kit and finally, a Servo Skull from the Devastators kit. 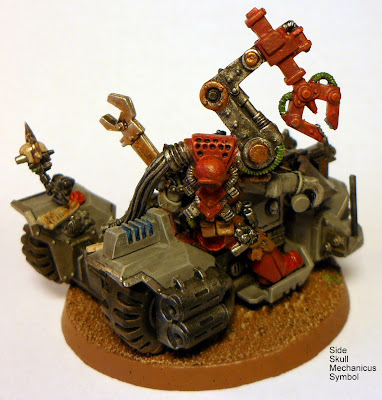 I took the time to repace the hub of the sidecar whell with a Mechanicus symbol as well as paint the fuel tank skull motifs half and half like the Mech symbol too. The front fender is a tranfer which I then Mech'ed up in a similar way. 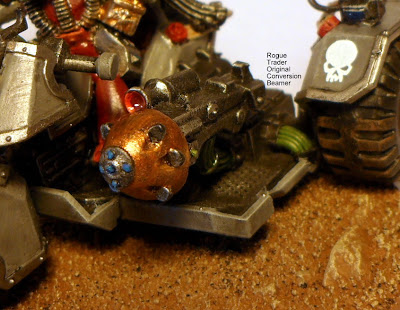 Here's a close up of the Old Skool early, pre-space crusade Rogue Trader Conversion Beamer itself (edit: Very similar to Rogue Trader Heavy Plasma Gun but with 'ears'!) and the last pic shows the bits... 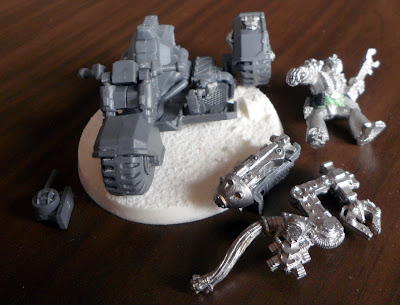 Hope you like. I googled beforehand and nothing really showed up save a single bike rider version, but I think a Conversion Beamer warrants a side car to dish out all that 72" St10, AP 1 Blast fun!!! Watch out Pornstarjedi's Landraiders...


Let me know what you think, thanks.