Reaver "Primus Secutar" of Legio Crucius is complete and will Walk out to battle for Legio Crucius. I will post a couple of group pics of the Maniple together in a later post. 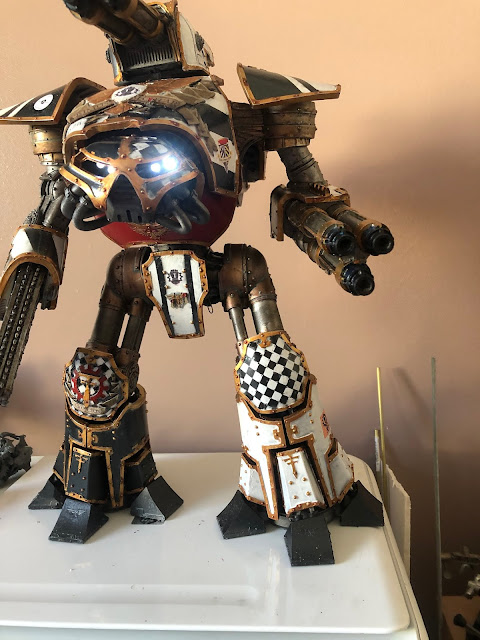 Reaver "Primus Secutar" has been painted in the same style as my other Titans, and then I've added the additions of homemade decals to show the Legio symbols. 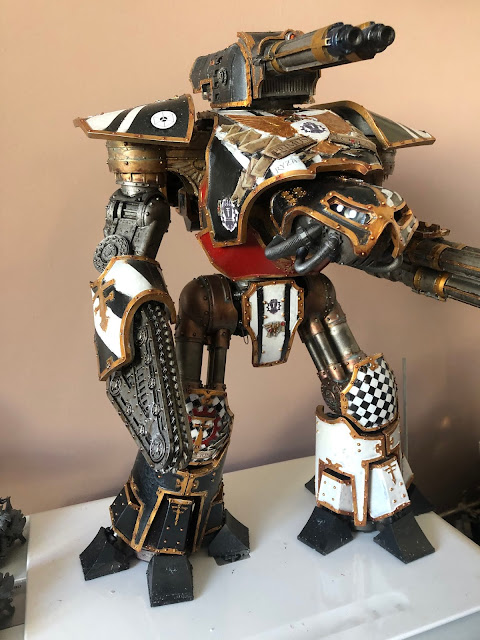 The knee guard has had the Crucius name added to the scroll work . 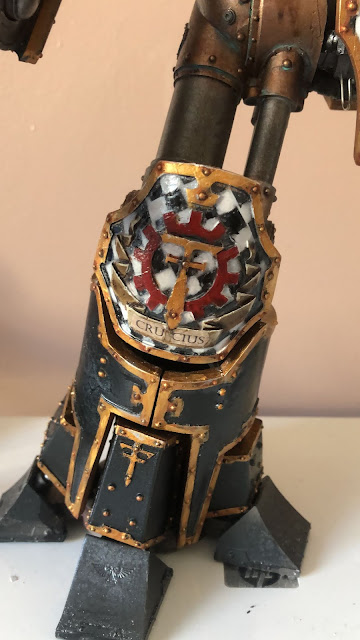 The Titan Owners Club logo has been added to the carapace, same position as the other Titans in my force. 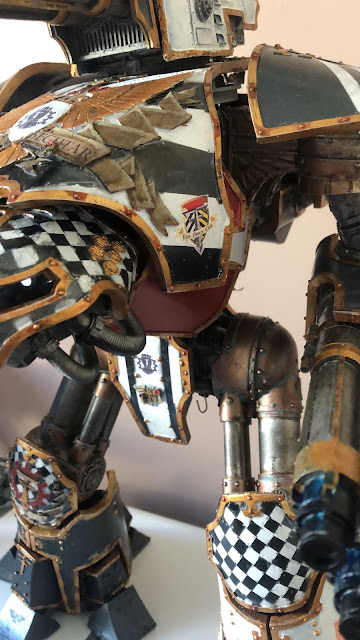 The Carapace scroll has had the Titans name added, further details will be added to the rear potion of the scroll once I've got the decals. 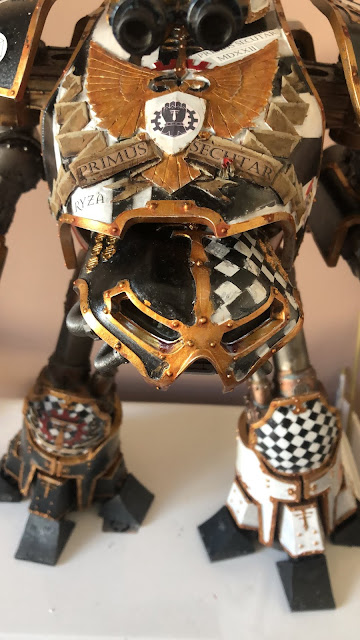 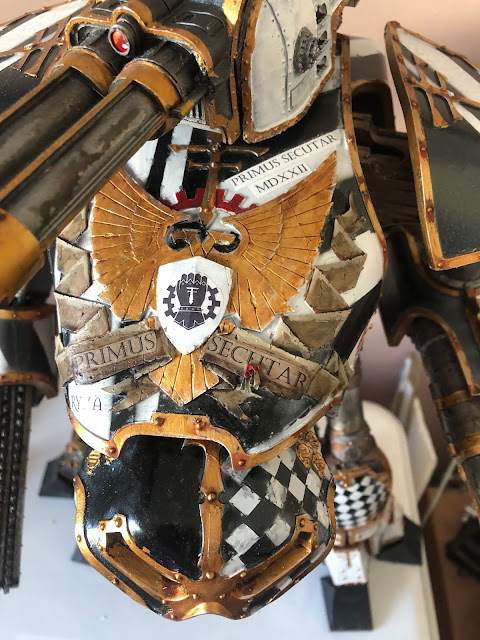 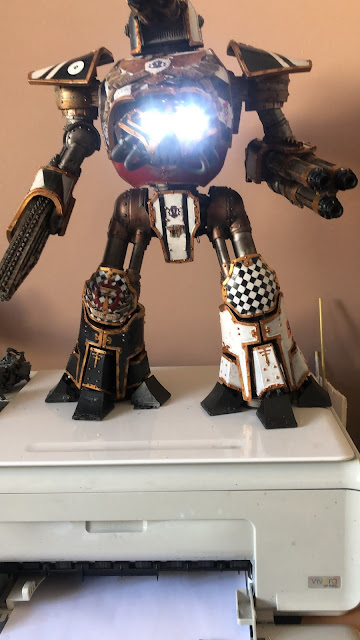 LED's have been added into the head as per the rest of the Maniple, with the power supply hidden inside the torso. 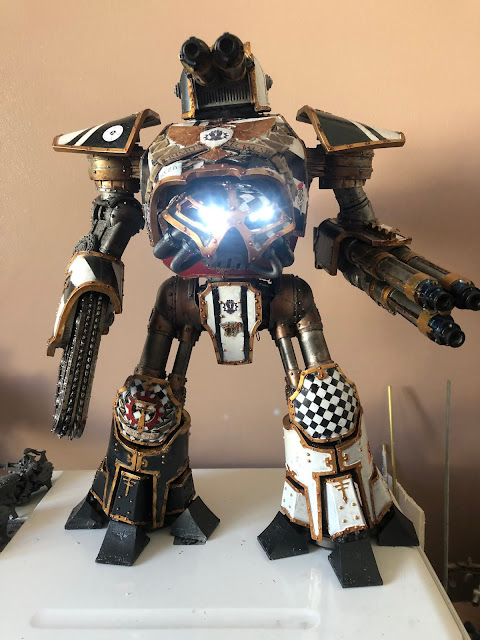 The Reaver is armed with a Titan Chainfist and then a Battle Titan Laser Blaster and Twin Turbolaser Destructor, however the model, like my first can have weapons switched around.

Really happy with the final result and look of the model! LH (Annual Painting - 60pts)