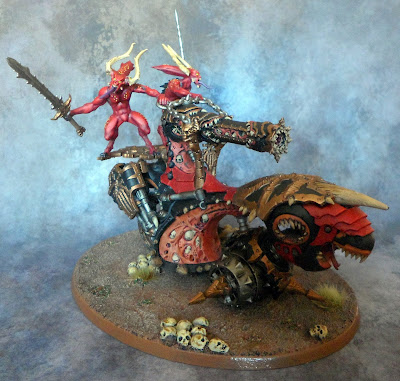 Hello All, I needed some ranged firepower in my Daemon force, just sitting back and taking punishment for two turns before you can close the enemy is quite irritating, to just lobbing a few shots back to make them think about positioning and some losses is quite fun. 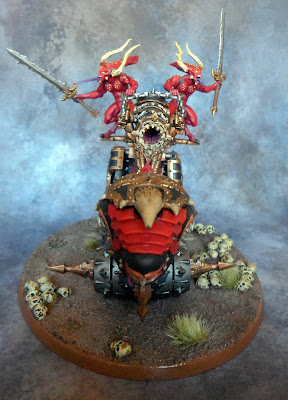 The base is a resin one picked up on eBay for a few quid after the original was lost, and I'm pleased now it was lost. The extra skulls are about to be new ammunition! 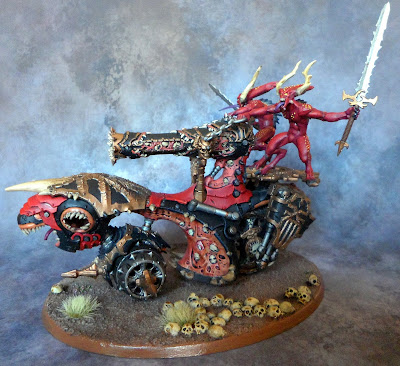 The Skull Cannon lobs fiery skulls filled with the wrath of Khorne at the enemy and ignores cover, eats through Scout Armour and is even effective against the hardiest Dreadnoughts with S8 D6 shots. 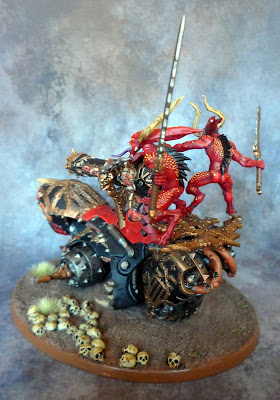 In Melee the Cannon bites back too, the Bloodletters attack with their Hellblades and if an enemy is slain by the Cannon's Crushing Impact (mortal wounds on 5+), the Cannon feasts on the corpse and regains wounds... 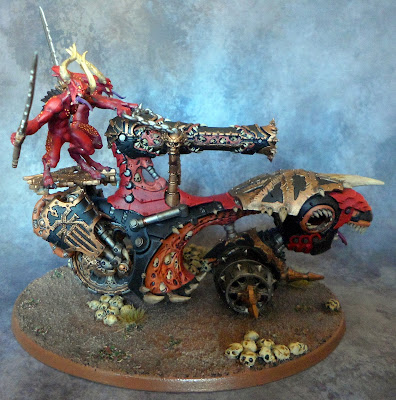 A decent long range firepower unit to the growing Daemonic Incursion, at first I hated the model, but it's grown on me, its goofy maw and the grisly ammo chute...