I've recently decided to change the LED's I've added to my Imperial Knights. Previously I opted for a simple system with the LEDs running into the torso of the Knight, and adding a coin/tablet battery between the two poles to connect the circuit. 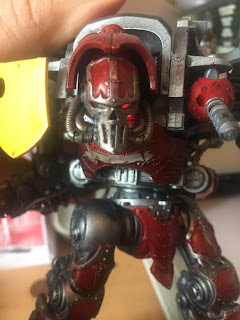 However this was found to be quite temperamental, and often the lights would go out mid game during moving. So, the decision was made to redo the lights within a solid circuit, and a battery pack with a switch to make it so much easier! 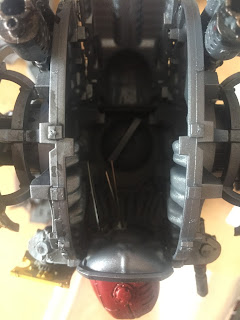 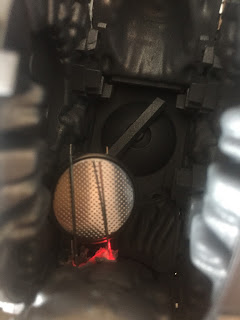 I've connected the two LED's into a wire connector, and then connected that to the battery pack. This uses 2 Batteries, and the results are so much better - the lights are brighter, and there is a nice 'behind' glow from behind the head which I like. 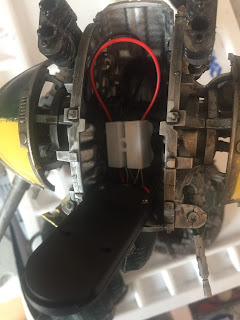 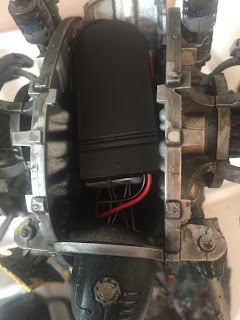 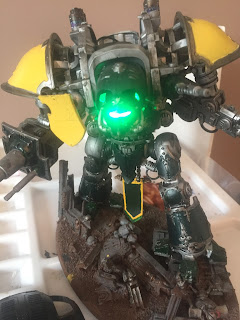 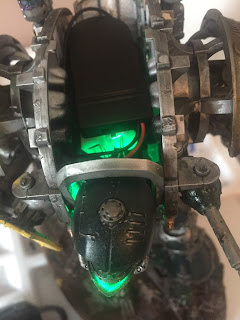 Below is the finished result, the glow is definitely 'bright' which is what I wanted, this is helped with the plastic deflector I've added between the LED and the helm. 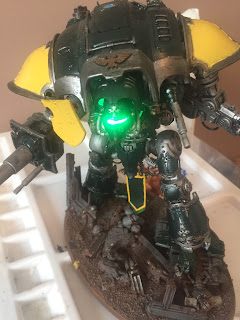 Next will be to do this to all my knights... (7 Imperial Knights, and 5 Forgeworld) and then to add decals and weathering. I am also looking to add further banners to each knight with honours etc.

I am also looking to try something similar with the Reaver, that is still a WIP..