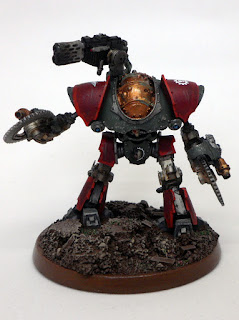 Hello Readers, thanks for dropping in again. Here is my latest addition to the Mechanicum force, another Castellax Battle-Automata, this one armed with a Multi-Melta and Power Blades 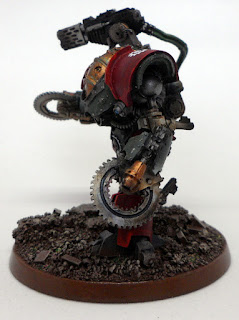 A quite effective 4W Monstrous Creatures with Power Blades for extra CC attack at base S6 AP2 with Rending. Oh and a Multi-Melta, and two Flamers - not forgetting its a Monstrous Creature - Smash Attack at S10). 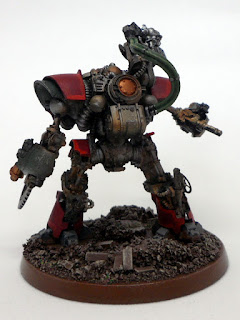 This was a part-painted purchase I made at cost price as the old owner wanted to move on to another army and have made the scheme more Ad Mech than the original green US Army style the previous owner had started, but I liked some of the green bits, so chose to keep the torso and fists green. 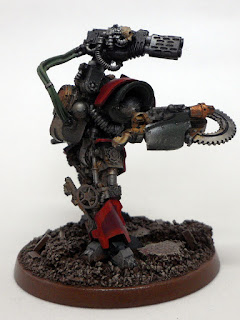 I have a final Thanatar Siege Automaton with Plasma Mortar to finish off these big robots. Here is a group photo of the three with Power Blades and the force so far. For a playable 30K force I am still needing some units but as my blogger buddy Col H says "Fire of Cyraxis, the next Imperial Armour book? 40k Mechanicum... Delicious!" 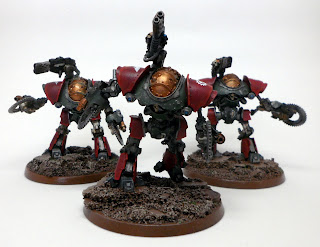 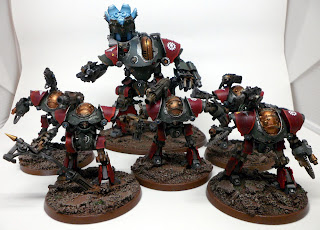 Thanks for reading and dropping in. Some Necrons up next for me, the hobby butterfly flutters about once more! Cheers, Siph.
Posted by Siph_Horridus