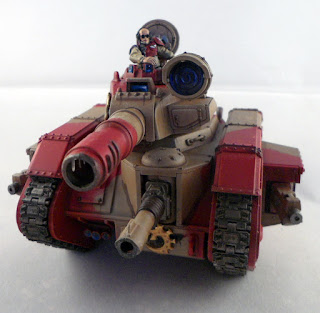 Hello Readers, long time readers of the WeeMen blog may recognise this as one of the long overdue Vraks PDF Leman Russ tanks from the Emperors Fist Battle Company started a long time ago in 2009 - seen here WIP. As I never had the time or patience for an entire Imperial Guard army, I sold 6 tanks and kept the others for a small allied force - perhaps.

With the release of the Genestealer Cult I saw a great opportunity to use older Space Hulk Hybrids, Purestrains and the few completed IG models I have. 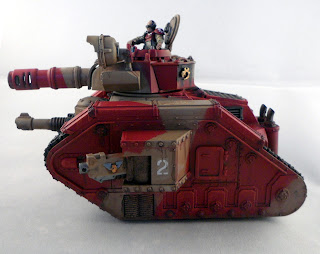 So on to the first of my Cult completed models, a re-purposed Leman Russ Main Battle Tank, I finished off the painting, added weathering to tracks and rivets using the Typhus Corrosion liquid - these are no longer being maintained as they once were. 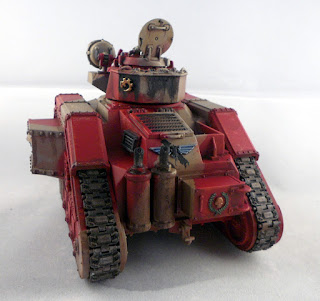 I added Cult Icons and 'burnt' off or defaced the remaining Imperial icons, adding some paint drips as necessary to complete the illusion. The front Aquila was removed using snips and a Genestealer Cult Icon put in it's place. 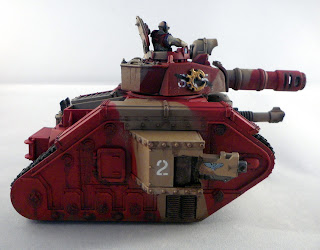 Here youcan see the defaced Squadron Numbers, overlaid with a tack-welded Cult Icon. I left the recognition numbers and lesser icons on the sponsons as the Cult has little time for these trivial matters. 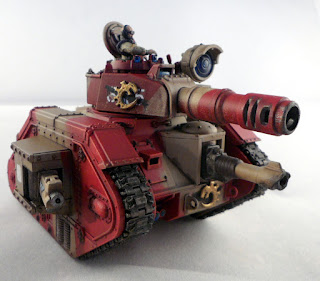 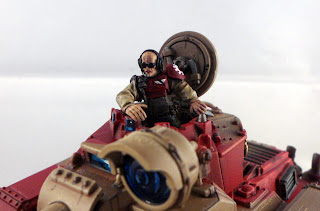 Finally, the driver was made from a FW Vehicle Crew torso and a head from the Genestealer Cult upgrade sprue, I painted the skin Kislev Flesh with a Purple wash to give a slightly pale alien vibe. I will repaint the IG Squad hands and faces to match too. He also got a freehand Cult Icon on his armour shoulder pad - I will replicate these on the squad when they get new heads and allegiances...

Hope you like my transformation of an Imperial Vehicle to the subverted Cult of the Four Armed Emperor...
Posted by Siph_Horridus