Hi again – we’ve got to the point in the project where I need to look at weapons; a relatively small area of the build that has significant impacts whether this model will ever be used on a gaming board.

If you are anything like me, whenever a model is larger than a Dreadnought and has multiple weapons options, I always debate whether to make the weapons interchangeable.

The pro’s are obviously cost and flexibility, but the con’s are the fact that making weapons modular can often be a difficult and sometimes detrimental (to the aesthetics) process. I find that sticking to a single component allows the model to be built in a much more dynamic way, whereas magnets can lead to a more static (or even unnatural) pose.

For the Warhound, I think the decision is a pretty easy choice to make though. The standard loadout is the titan-sized Bolter and Plasma guns – which are probably alright in a standard game of 40K and relatively un-cheesey (although you mention titan and suddenly everyone thinks they are unbreakable – but that’s a rant for a different post…), but with the advent of Knights and D-weapons/super-heavies becoming more prolific because of the Escalation changes, I need to be prepared to pull out the Turbo Lasers and join in with some D-weapon shooty when the need arises.


So down the build…I decided against magnets for the weapons – they are just too heavy and being attached at one end, I could see them easily spinning, drooping and falling off. I might be wrong – but it wasn’t a path I wanted to go down. Instead I used bolts. Specifically these ones (well…actually not those bolts because they ended up being too long – the ones I ended up using were a bit shorter). 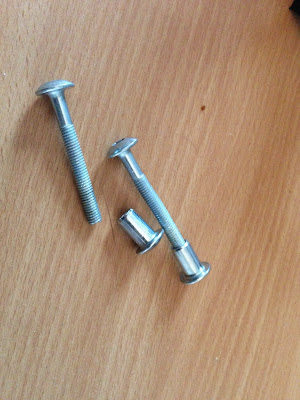 Unfortunately I can’t tell you what size they are, or where I got them from – I found them in my toolbox and there were enough for both Warhounds. They could potentially be from a furniture pack as the nuts are for allen keys….if anyone is particularly interested I could measure them.  The important thing is that they had a relatively shallow profile on the head and the nut had a similar convex to the weapon-mounts concave.

First things first – I drilled out the titan ‘arm’. I started with a small drill bit to make sure I went (mostly) straight through the arm. I then used a series of drill bits to open up the channel to the thickness of the bolt. I then used larger drill bits on the weapon-end of the arm to countersink the nut. This was messy so I’d recommend the normal resin precautions. 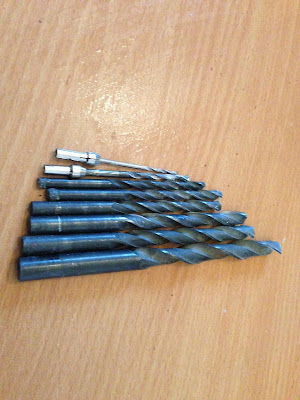 The top of the shoulders have a small hole – which is key to how the interchangeable weapons will work; I will be accessing the screw through there – so the bolt needs to be free to move in the arm. 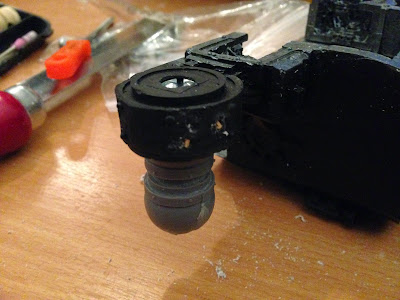 I placed the arm in the shoulder (with the bolt in) and made sure there was a mm or two gap so that the bolt could spin freely. Then I attached the arm to the shoulder using three pins – going through the shoulder into the arm at angles, being careful not to damage the bolt when drilling the holes or using too much glue on the pins (and gluing up the bolt). 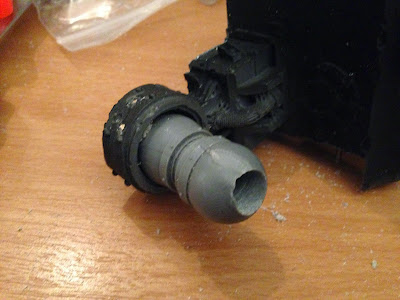 The nut was then placed in the weapon and I tested that the bolt still lined up correctly. I then glued the nut into the weapon in its final position (the glue is only to hold it there temporarily – I wouldn’t expect it to be strong enough for a permanent fix). 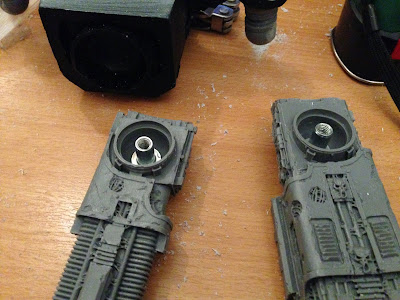 When the glue had set, one last check that the bolt lined up and then I fixed the nut in place permanently by packing greenstuff around it – being careful not to get any in the threads, or too high. Once the greenstuff had cured I tested again and in this case I am happy that the nut wont be going anywhere – although if I wasn’t, I would place some small pins through the greenstuff and into the weapon to secure it. 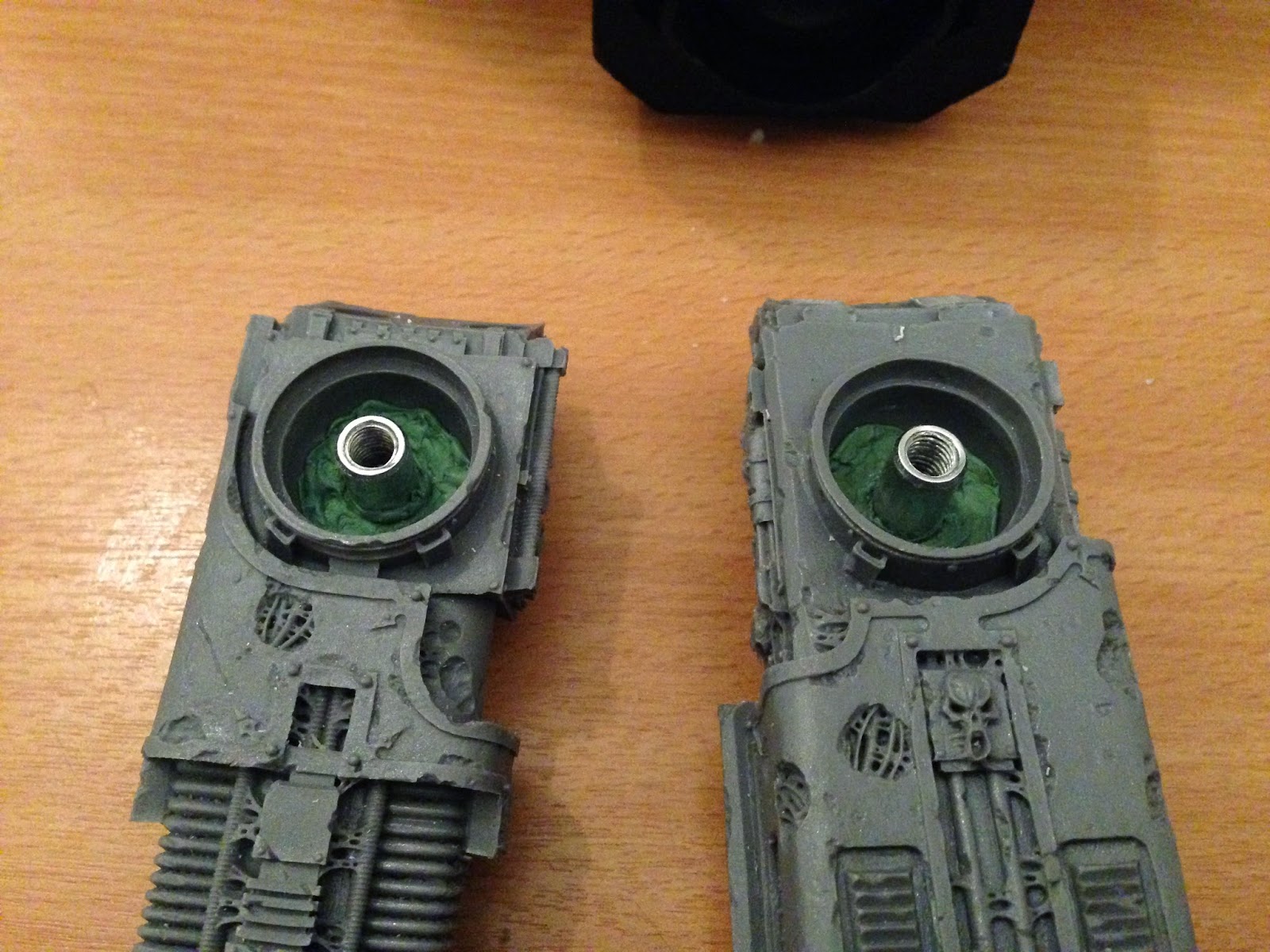 Last thing; there are some covers for the top of the shoulders – I popped a small magnet on the underside so that it stuck to the bolt, but made it easy to access if I needed to (no pics of this yet…). And there you have it – completely interchangeable weapons and all I need to do if I get new ones, is fix a nut as above.
Posted by the 6th degree