I thought I'd share how I've added the smoke machines to my Legio Crucius Warlord, 'Hell's Daughter' to add to the LED's i've already installed to the model. 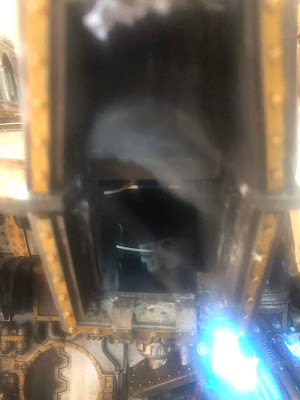 The smoke units were purchased from a well known auction site, having viewed the unit at a local model train shop. I opted for this particular unit as it was a 10mm diameter with a funnelled end. I drilled a 10mm hole into the top panel to allow the unit to sit snuggly. The wires were positioned into the torso and connected up to two separate 6V units to power them. This is adding a lot of additional weight to the model as there are 8 AA batteries thus I will only have these added when using the smoke units. Holes were also added to the vents to allow the smoke to vent. 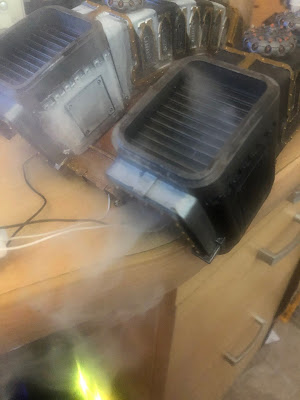 The unit inside the torso. 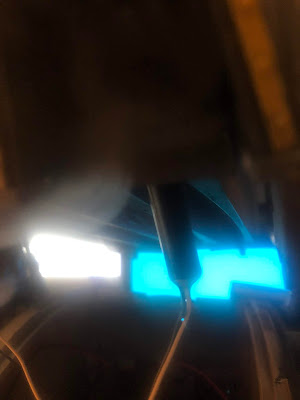 The cabling of the units 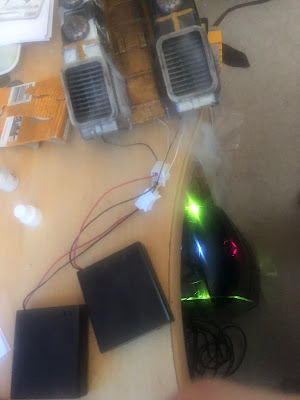 The smoke units are filled with a solution to produce the smoke, this is added via a syringe. 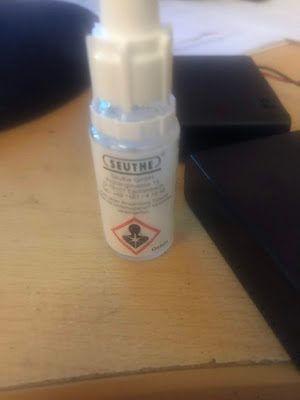 I am really happy with the results, there was a question about whether a plasma reactor would smoke - my thoughts, why would you have a vent, if there was no smoke!

The plan will be to block the vent piece up so that the smoke can only escape via the holes in the vent which should mean more smoke.