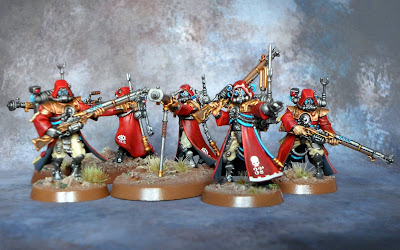 Hello Tech Adepts, thanks for dropping in. My latest offering to the paint gods (Peachy and Duncan) are a squad of Ranger Skitarii with Transuranic Arquebus special weapons. Like the squad posted two weeks ago, these have the minimal number of troops, designed to sit back and snipe whilst area denying deep strikers. 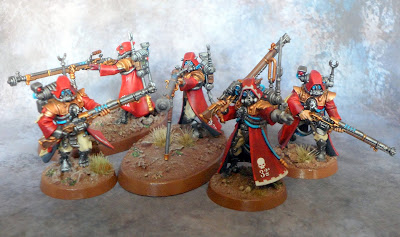 I have denoted the Skitarii Alpha with the bit that usually signifies an Enhanced Data Tether, but the extra comms backpack suits my idea of an Alpha being connected with the Noosphere beyond basic Skitarii troop's link. 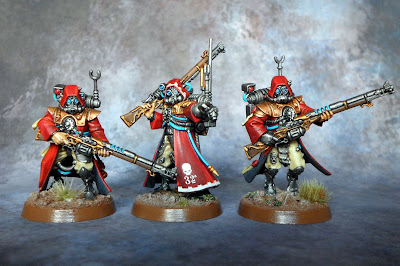 I have once again armed the Skitarii Alpha with the same basic firearm, the Galvanic Rifle so they can maximise the long range firepower rather than spending the points on CC weapons - Skitarii melt in CC anyway. 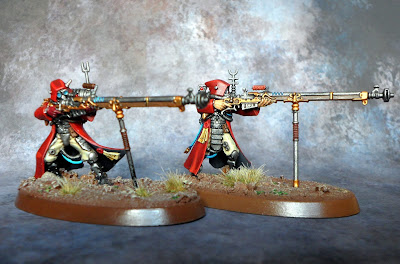 And the firepower of the squad that can reach out and sting the enemy characters out to 60in, 66in if a Techpriest Manipulus is nearby. That's quite a good reach and hopefully cause of some concern for enemy Characters.

A nice cheap objective hugging squad that can still reach out and tickle the enemy Characters and light vehicles. Cheers, Siph. (5 paint points)
Posted by Siph_Horridus