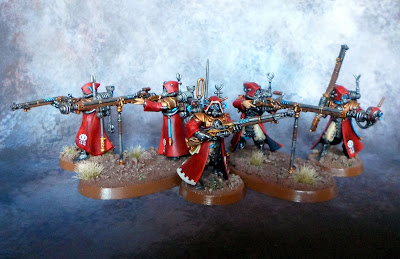 Hello All, thanks for having a look-see. So I wanted some more cheap troop choices for my machine heavy AdMech force, and Skitarii Vanguard and Rangers fit the bill. Skitarii Vanguard are quite short ranged but have a lot of shots and can punch with triple Plasma Calivers, so two more squads of them are in the pipeline. But, for some shooting at range and objective camping, Skitarii Rangers are the best troops. 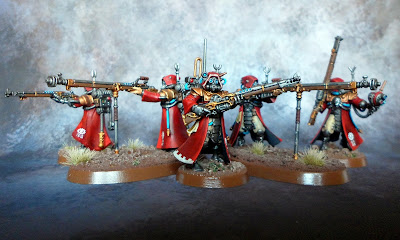 Armed with Galvanic Rifles they can reach to 30in, add a nearby Techpriest Manipulus and we are now shooting to 36in, the Techpriest Manipulus is in the painting queue for next week. But to really maximise the Rangers potential beyond cheap troops for troops sake when Command Point maximising, I think the Transuranic Arquebus can give your enemy something to worry about. 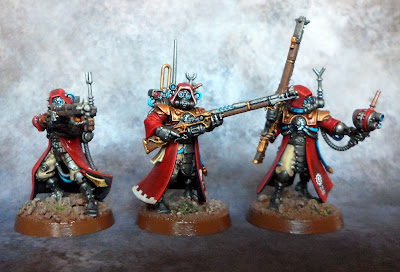 The Ranger Alpha is basic armed with the Galvanic Rifle for maximum reach, in CC these will fold, so CC weapons are a waste for what I want these to do. The addition of a Omniscope strips the enemy from the benefit of cover, boosting the weapon output. 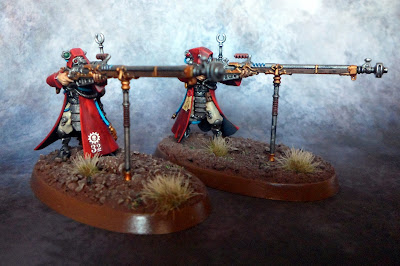 The squad can have two special weapons in a squad less than ten models, and three if the squad is ten models, so a small squad sitting in a ruin can reach out with two sniper (character targeting) shots to 60in, 66in if the nearby Techpriest Manipulus is boosting weapons. It is Strength 7 and -2AP dealing D3 damage but also has the ability to cause Mortal Wounds in addition - suddenly that souped up Smash Captain or bunkered Character boosting nearby Hellblasters is not so safe. 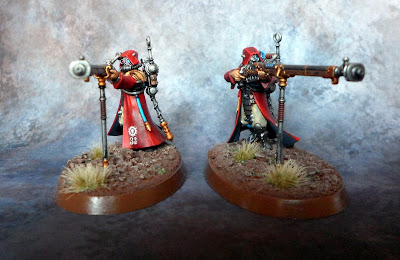 Are these the best snipers, no. But they are cheap and can be plentiful, so another squad is in the to-do painting pile to give me the option of two small squads or the ability to arm a ten man squad with three Transuranic Arquebus (Arquebi, Arquebuses?). 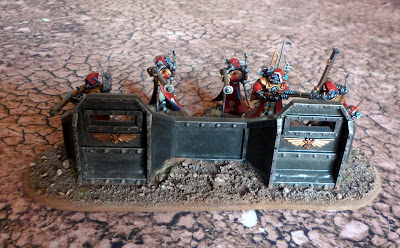 A nice addition to the force. 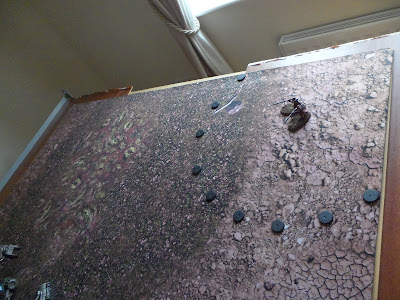 And to demonstrate the area denial ability of small squads, if a suitable piece of terrain is nearby then all the better, but this is the denial range these small additions can have, and still be able to reach out and sting the enemy. I have already fielded them against a Blood Angel army and they helped slay the Jump Chaplain who thought he could grab the relic and run... 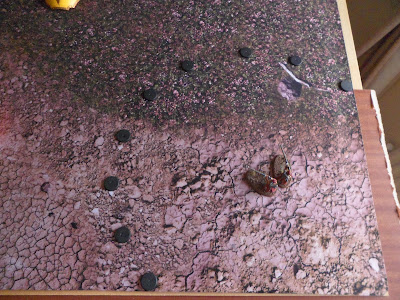 A tasty addition to the growing AdMech force, and a versatile area denial unit that can reach out and still sting. Cheers, Siph (5 painting points)
Posted by Siph_Horridus