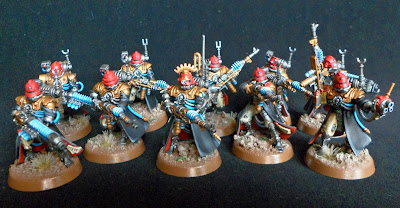 Hello All, thanks for dropping by. I completed the Vanguard Skitarii Squad a week early and as promised I continued to progress with some more Skitarii whilst Squaduary was still in full swing. 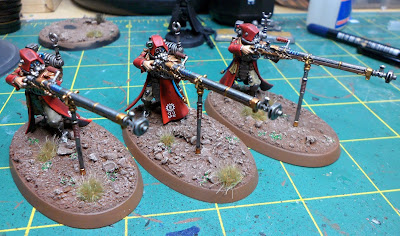 This week I progressed with the next squad of Skitarii Rangers, these will form the firepower of 2 five man squads of Rangers used for area denial, with Transqueric Arquebuses (Arquebi? / Arquebusi? / Arquebus' ?) The long range of the Arquebus 60in and the Character sniper ability means they can be effective even sitting back denying Deep Strike. The secondary Ranger armament of Galvanic Rifles reaches out to 30in so again have some effective reach. 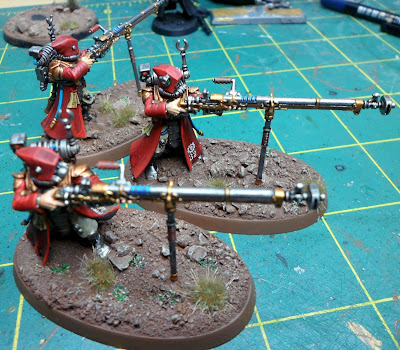 You can have 2 special weapons in a five man squad, three in a ten, so when I purchase another squad I will have enough for two squads of Five, just cheap effective anti-area denial Rangers with effective sniper reach, only at 65pts a squad. 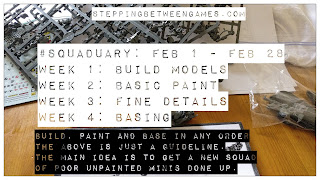 So, that wraps up Squaduary for another year, thank you to all participants for the mutual encouragement, a few more blogs I can now follow and a special thanks to Rory at Stepping Between Games for organizing again.