So the final 'Daemons Additions' for now, showing my completed additions to the Dameon army in the form of Nurgle units.

For this model I opted for the fail/sword combo. The model was based with Death Guard green, with dark angel green added to the parts that would be in shadows, then a highlight of an old goblin green colour, followed  with a wash with green/agrax to build up the colour. The boils were picked out with a deep yellow, and all the open wounds were painted similar to sights I've seen in operating theatres, with the opening of the wound having red outer colour, with a deep yellow for the 'fat'. The deeper recesses of the wounds were painted with a richer red, and had blood for the blood god added to add a shine to it. The intestines were painted purple to stand out. I then added Nurgle Rot into folds, and over certain parts of the model to add further details to the model. 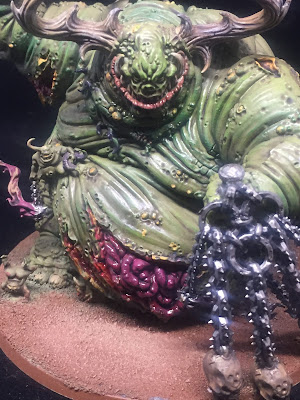 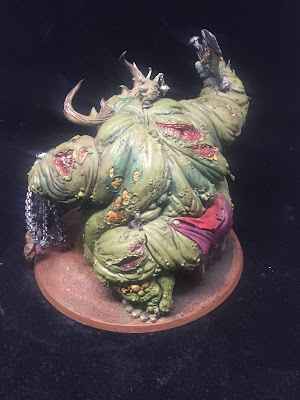 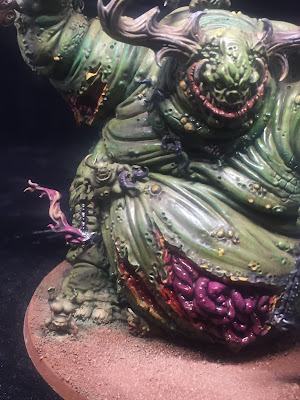 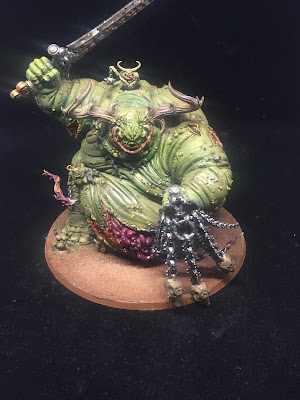 Rotigus was painted similarly to the Great Unclean One, however this was over a Zandri Dust base to alter the hue of the model. The tentacles were painted going from purple to a pink tip. I also added some bright green to the 'force rod' to try to make the rod pop. 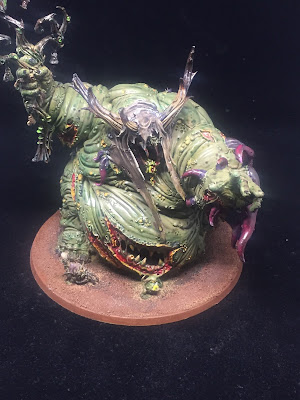 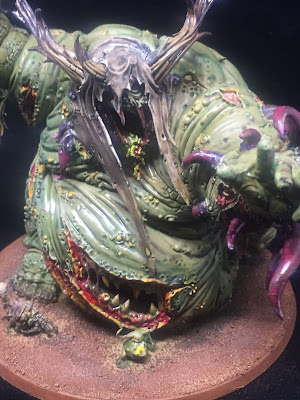 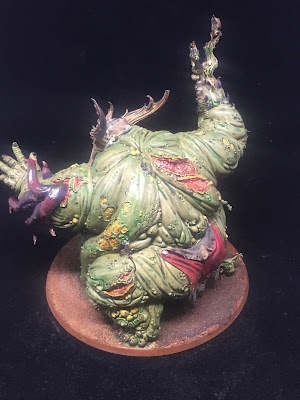 Again I kept a similar scheme to the first GUO to keep the units looking like a force, I swapped the washes around so that the green went over the Agrax. The sword details were picked out with A rust dry brush which was strippled onto the sword to mimic rust. Typhus Corrosion was also added to add further detail to the sword. 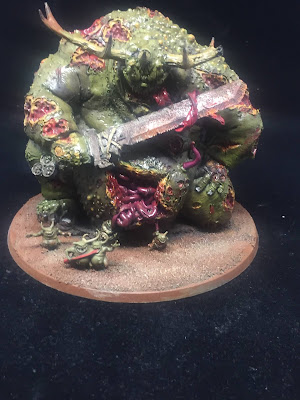 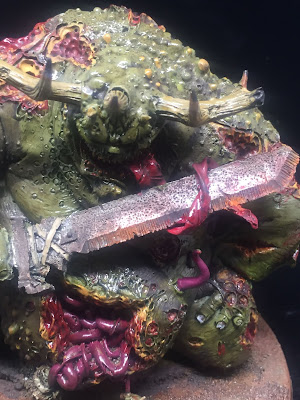 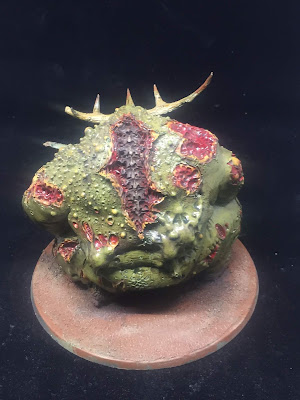 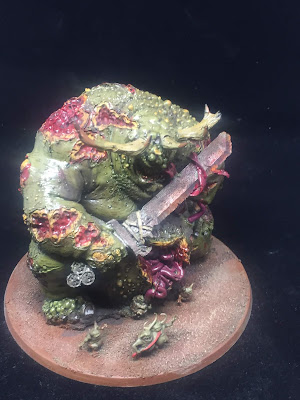 For the Cor'bax model I moved away from Greens to make the model stand out, using a Zandri dust base, washed up with Agrax. The tentacles were painted to match the tongue in a deep purple to match the other units. Plenty of Nurgle Rot was used on this model! 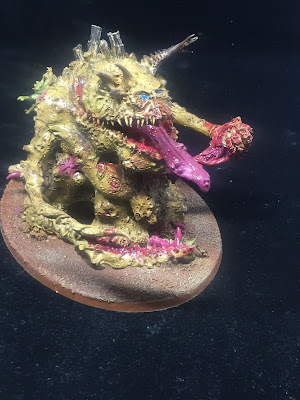 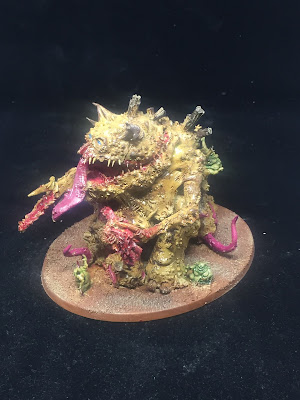 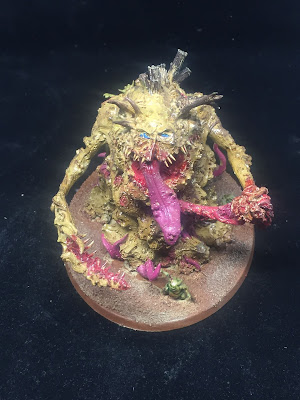 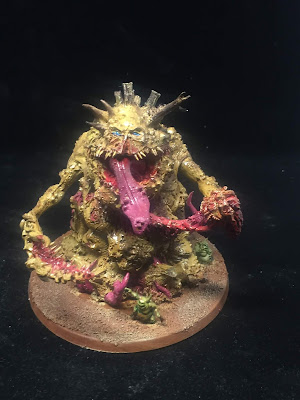 I redid the initial scheme over Mamon to fit with the other models, further washes of Green and Agrax was added, as well as Nurgle Rot. The wounds were also picked out like the GUO. 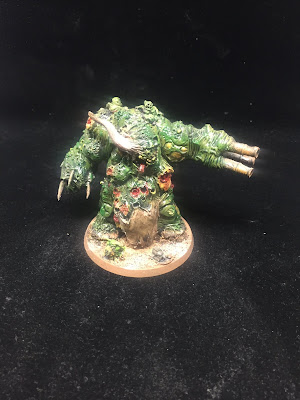 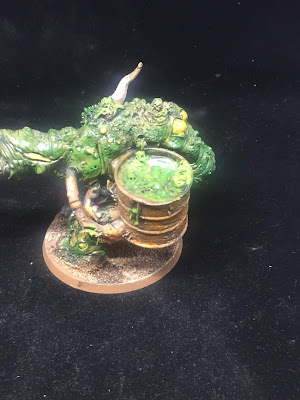 9 Bases of Nurglings, all painted as per the Great Unclean one, with details added to stand out such as the wounds, tongues and eyes. I really like the overall look of all 9 together, that they all tie in, but also would look good as a single model. 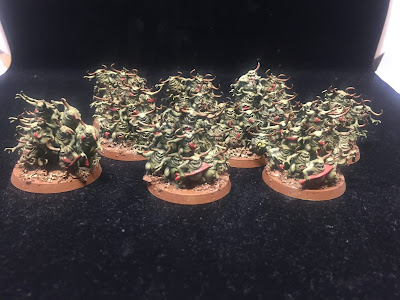 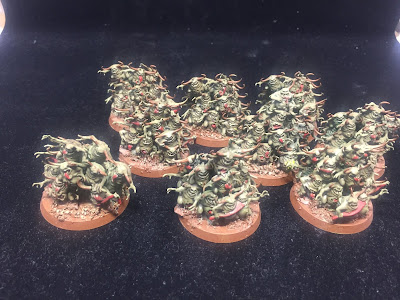 This conversation used the 'watcher from the Deep' model (Which I loved the moment I saw it) as a Giant Spawn, pulling its weight over a down Imperial Knight, (Which might be of a similar colour to Siph's..) The model again was painted a similar scheme as the GUO, with the knight painted Blue, with plenty of browns around the edge to represent mud and dirt. 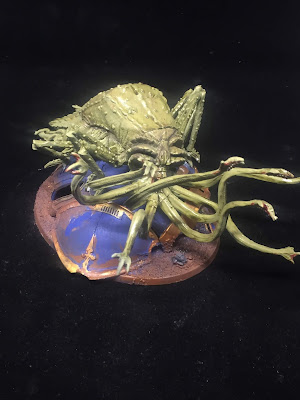 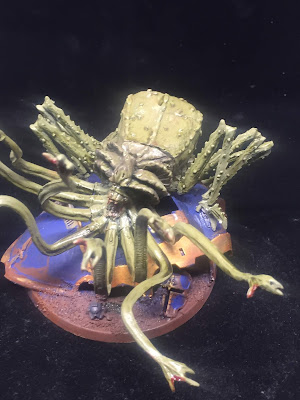 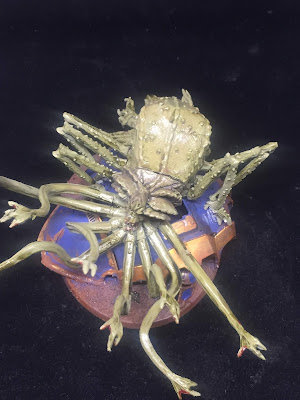 Hope you like the Disgustingly Resilient amounts of Nurgle reinforcements...