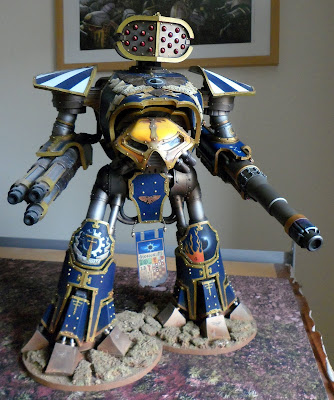 Hi Titan Enginseers, thanks for dropping by. I had completed Part 1 of up-gunning Reaver 'Honorum' in preparation for Titan Vs Titan clashes at Titan Owners Club Walks... where all the registered Titan Owners get together for some 40K scale Adeptus Titanicus battles! The last big-TOC UK one can be found HERE. And the latest Walk found HERE, the mini-TOC Walk, this time from the TOC Facebook Group was held in Tamworth nr Birmingham UK on 13th Oct. 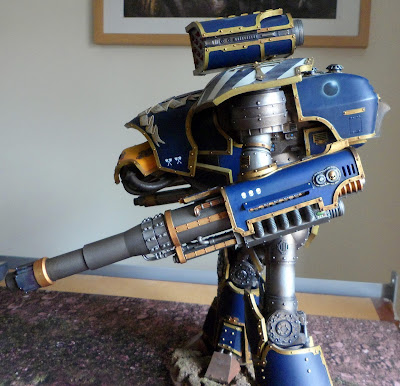 The Reaver Volcano Cannon lacks some of the detail of the Warlord Belicosa Volcano Cannon, however there is a lot of hidden detail like the capacitor coils at the rear and the dials hidden under the armour. 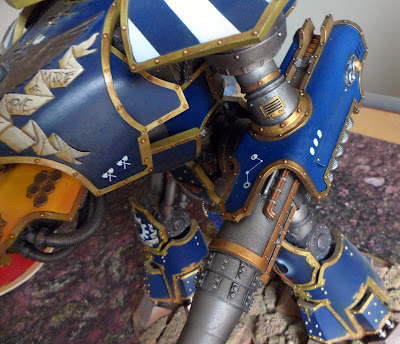 I added two crossed-axes Kill Markings on the carapace from Honorum's exploits at the TOC Walk UK. On the Volcano Cannon you can see the star map insignia common with Legio Astorum and individual weapon kill markings for smaller but significant kills, the odd superheavy, xenos inferior Titan... at the TOC(FB) Walk Honorum killed a Reaver and Warhound! 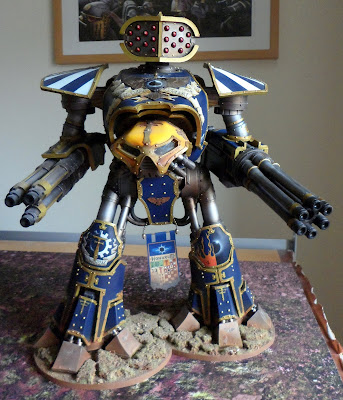 I originally had just the Gatling Blaster for the left arm... 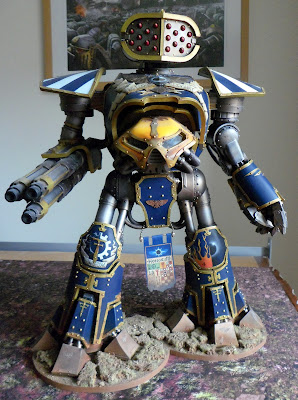 ... and the magnetised Titan Powerfist, purely for aesthetics really, I love the look. 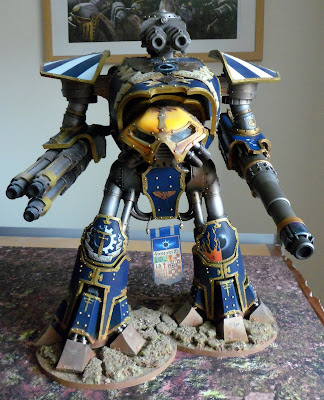 And in preparation for the Titan Vs Titan matches, now a Volcano Cannon and the WIP Twin Laser Destructors on the Carapace. The Apocalypse Missile Launcher is great for large 40K battles, but is a bit 'meh' when your foe is a Warlord! The Twin Laser Destructors put out a lot of hurt at S16 to rival the Walord T16, making to-wound rolls easier. 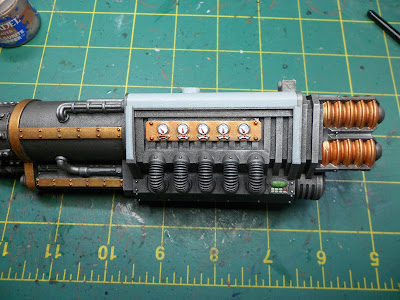 Some WIP shots of the detailed end, then mostly hiddenby the gun shield - dials and gauges, and a random keypad and screen for a Tech Adept no doubt. 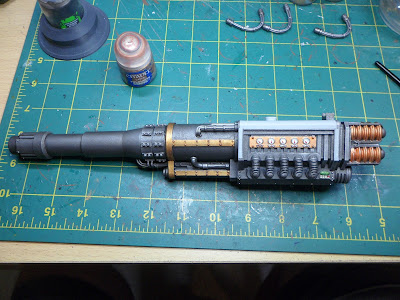 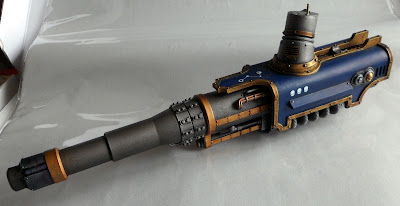 I added some gold banding for interest and some heat staining at the business end. 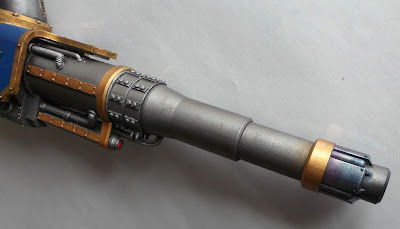 The kit does not come with spare hoses like the previous gun arms, so the gaps were filled with bits - the rear leadblecher covers. 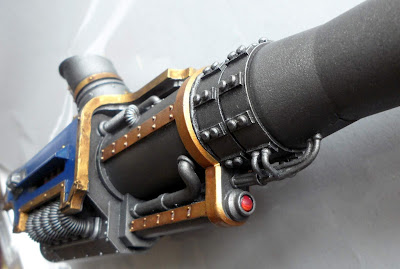 Not forgetting the laser rangefinder/targeter as detailed in the latest Adeptus Titanicus artwork.

So, Titan progress, not the Warlord, but good to get Reaver Honorum up-gunned to better face the might of Lynden P's Traitor Maniples :)