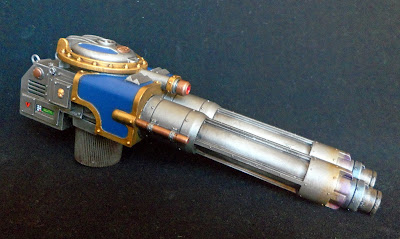 Hi Titan Engineseers, welcome back. So, as I mentioned before, Reaver Honorum did well at the June's Titan Owners Club Walk UK 2018, despite the standard Reaver armanent of Gatling Blaster, Apoc Launcher and Reaver Triple Laser Blaster... for the next walk I wanted some more hitting power for Titan Vs Titan, so I completed a Reaver Volcan Cannon and now a carapace Dual Turbo Laser Destructor. 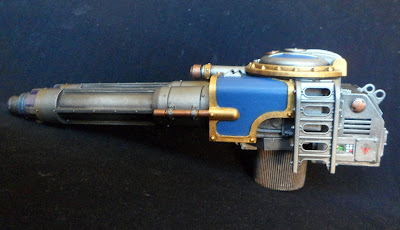 The WIP pictures of the conversion are HERE, and now completed I think it looks epic, the additional pieces blend in well and look the part. 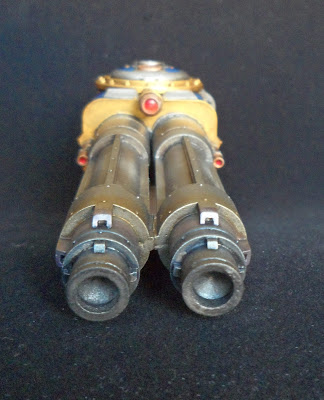 I added some colour with the red Lenses and laser-sights, and trimmed the Astorum Blue with gold. 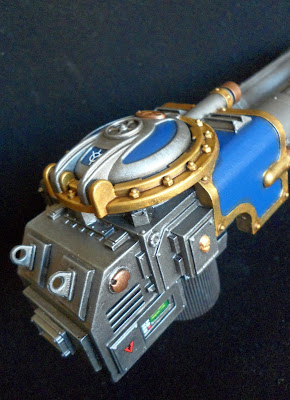 The additional hatch cover blends in well now the gold rim matches the trim. I kept the hatch metal and functional. 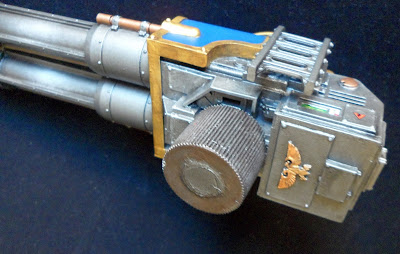 Here is the cap mounting piece, with magnet for a firm hold. I also coloured the Aquila even though no-one will see it. 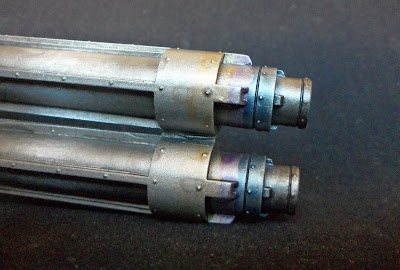 The barrels were heat stained with a simple recipe of Sepia, Purple, Blue and Nuln Oil with a light black drybrush on the business end. 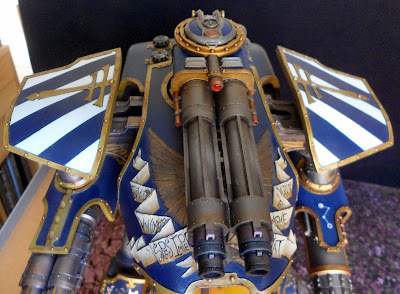 And here it is on Reaver Honorum in all its glory, now bristling with Titan stopping power! A certainly more powerful punch than a Gatling Blaster and Apoc Launcher, now with 3D3 S10 Laser Blaster, D6 S25 Volcano Cannon and 2D3 S16 Turbo Laser Destructor weaponry tailored to kill Warlords! 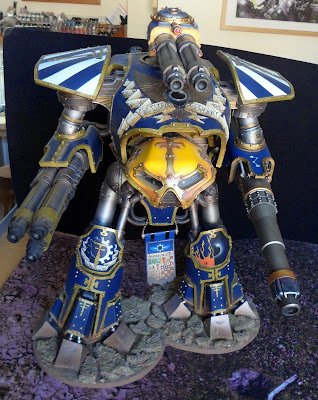 I think my additions to Honorum match fairly well with Slayer Sword winner Richard Gray who did the titan for me, what a genius, my gold is a little warmer than Rich's recipe but I don't think it is too noticeable. His blending is a whole lot better than I could ever achieve and his airbrush work is spot on. I used transfers from the Legio Astorum Decal Sheet now OOP... but I bought a few in the last chance sale. 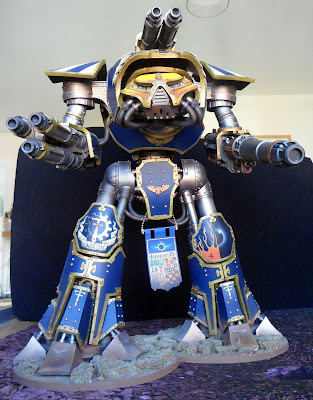 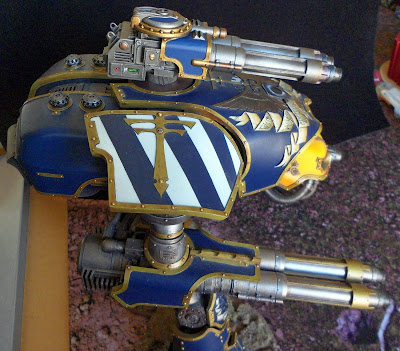 How many Lasers is enough? My next Reaver (after the long suffering Warlord..) will be a dual wielding Triple Laser Blaster and carapace Dual Turbo Laser Destructor - so eight barrels of titan killing Lasers! 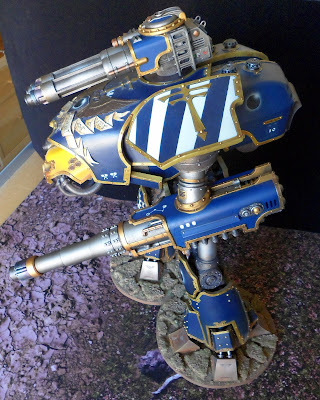 And a final shot of the new up-gunned weaponry. Cheers for reading this far, thanks for dropping by.