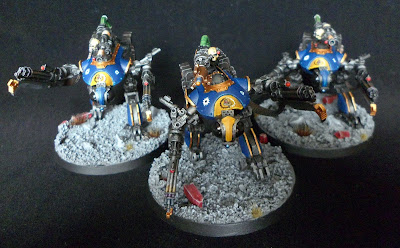 Hello All, thanks for dropping by. Possibly my favourite Mechanicum unit design, and very insectoid in appearance, the Vorax Battle-Automata are "hunter-killer robots with a design that harks back to the Dark Age of Technology. Created on pre-Imperial Mars to fulfil the roles both of a search and destroy weapon and an exterminator of rogue machines and mutant vermin, their Cybernetica cortex engrams are known to be particularly predatory and vicious examples of their kind", according to the fine folks at Forge World. 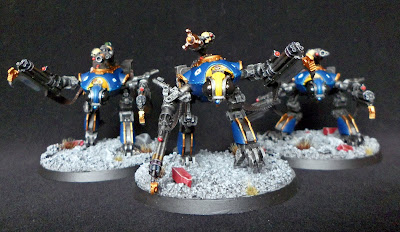 I painted these for my blogger buddy Zzzzzz over at Devos IV blog as a favour or exchange for his Custodes models he gave to me for free. To match his Legio Astorum Titan Maniple and the urban wasteland of Devos IV I painted these in the familiar Blues and Golds which look good against the bleak greys of the urban wasteland. A nice departure from my brown bases and I enjoyed painting these gribblies, a bit fiddly at times, only one ammo feed belt was a goner - but repaired and overall I enjoyed getting these done and packed off to the Warp... 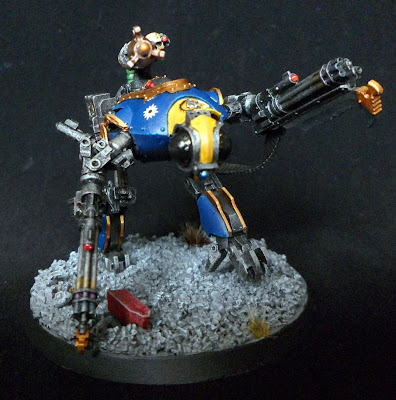 This is the Maniple drone leader, armed with the usual Rotor Cannons and Power Blades they all have but this one denoted by the yellow head flash is armed with an Irad Cleanser carapace weapon. 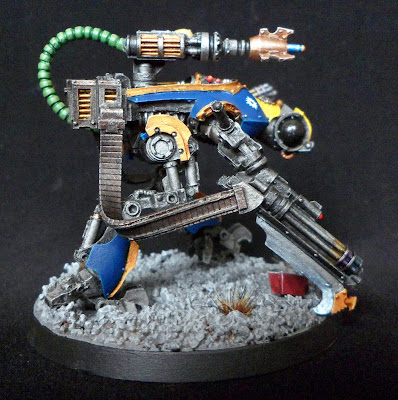 I added heat staining to the Rotor Cannon barrels and a slight blue wash to the Power Blades. 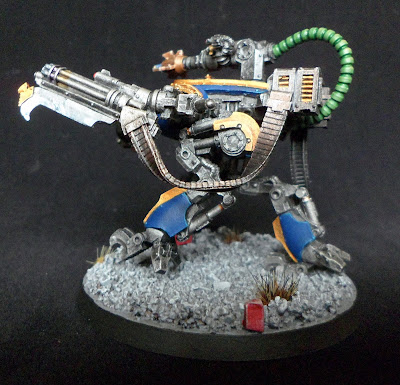 This one has one foot in the air, so the second Rotor Cannon is placed in contact with the ground to provide another point of contact. 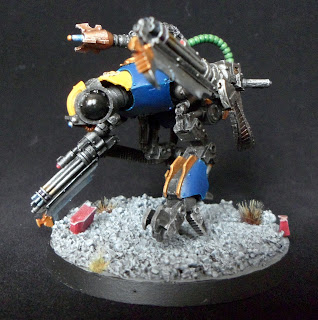 The next gribbly is armed with the standard loadout of a Lightning Gun carapace weapon. Plus the Rotor Cannons and Power Blades. I chose to gloss the black eyes to reflect the insectoid look emulating a compound eye. 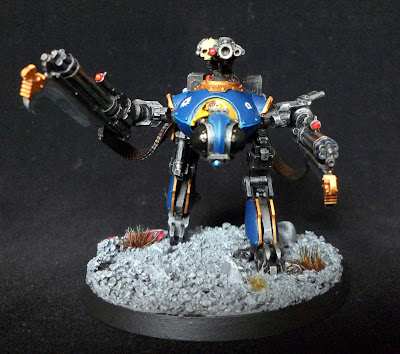 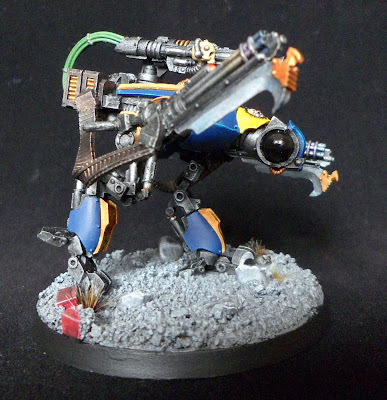 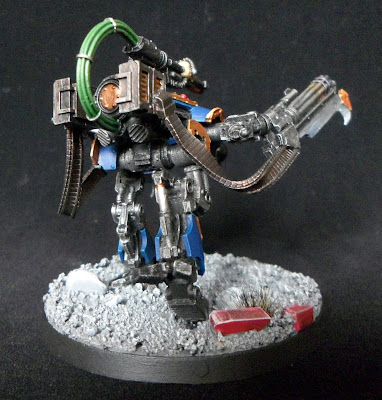 The urban wasteland bases were simply Dawnstone, washed Nuln Oil and Agrax, drybrushed Dawnstone and then Admisistratum Grey, picking out a few bits of sprue as bricks. Tufts were from Gamers Grass. 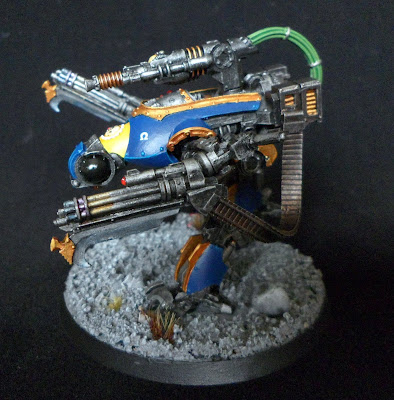 Each has a unique decal identifying its designation, on the other side of the carapace an Eclipsed Sun of the Legio Astorum. 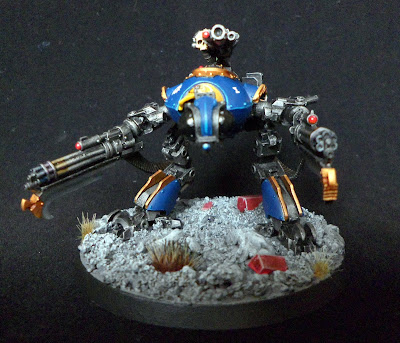 The final member is possibly my favourite stance, it looks like the other two have rounded on the prey and this one is braced to carry out the attack. The chin sensor was painted with the Stormhost Silver and Soulstone Blue to give a energy glow. 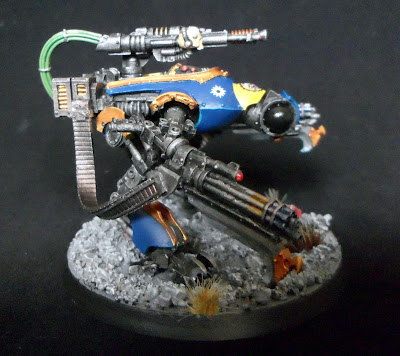 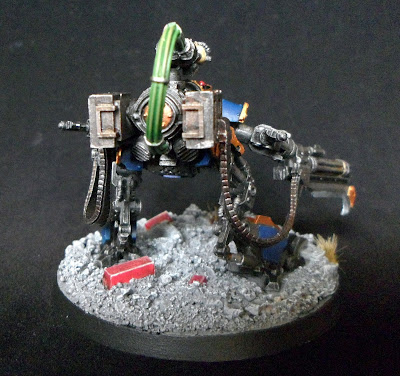 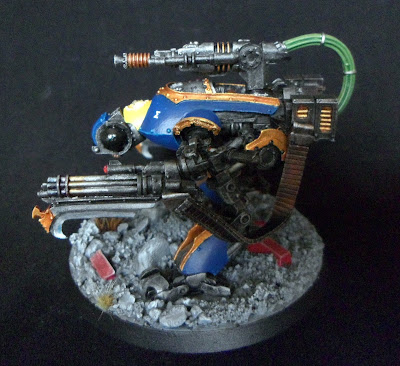 And finally, an action shot in front of the Shrine of the Aquila, reminiscent of my original three painted by blogger buddy Mordian7th seen HERE. 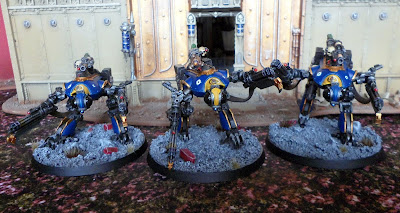 Cheers everyone, and must get around to painting up my Custodes now that these robots are on the way to Devos IV! Thanks for having a look-see and keep painting! Cheers, Siph. (15 painting points - 3x Dreadnought sized)
Posted by Siph_Horridus