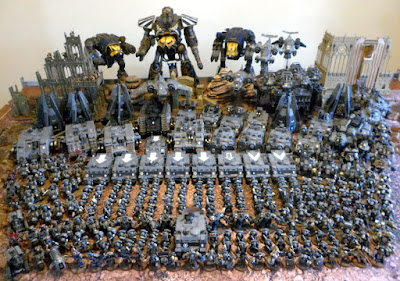 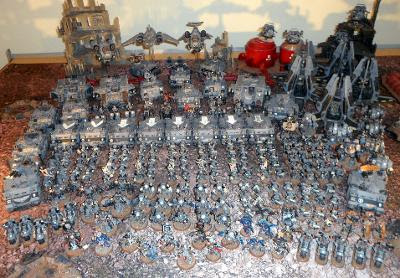 Hello readers, thanks for dropping by. A treat for the eyes today I think. I occassionally get the minis out of the display cabinets enmasse when a spring clean is required which presents an opportunity to have a photo shoot. So, here is the 5th Company Relictors Chapter Space Marines with Armoury Support Pool and elements of 4th Company and of course a maniple of Legio Astorum Titans - because they make a great back drop! 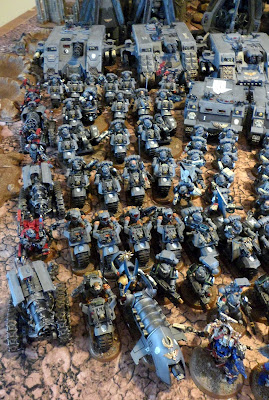 The Bikers led by a 'jet'Bike Captain. 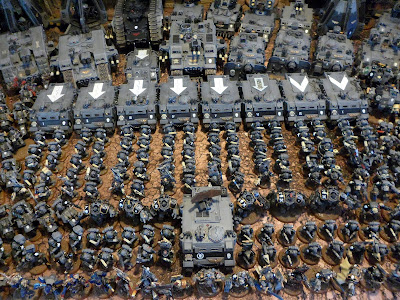 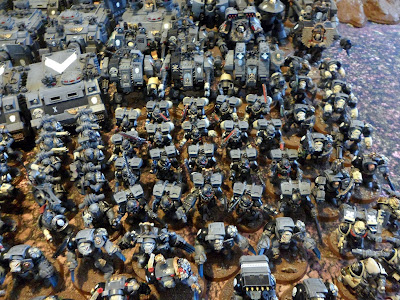 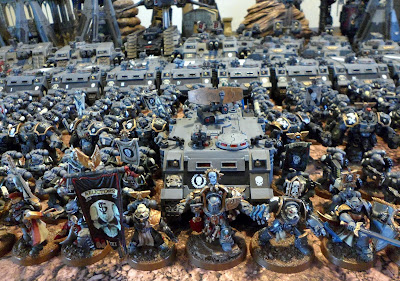 The Command, led by Marneus Relicgar... and Damocles Command Rhino 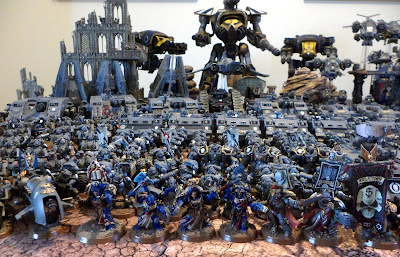 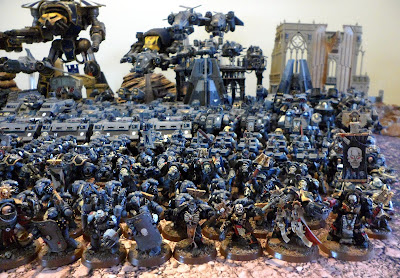 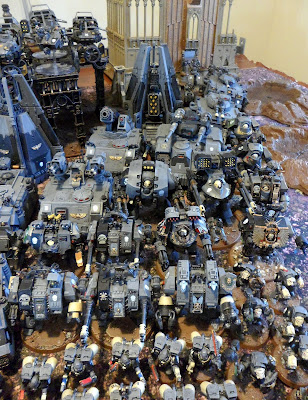 The Ancient Brothers in the Dreadnoughts 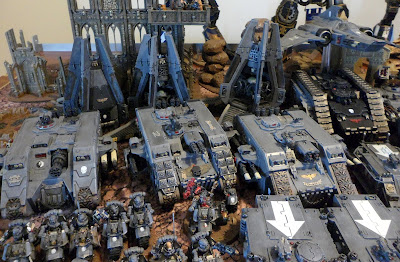 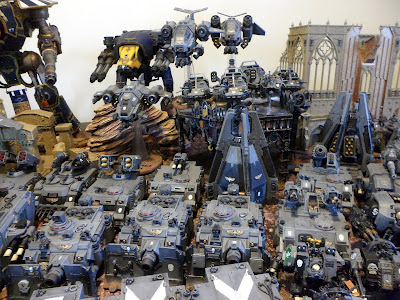 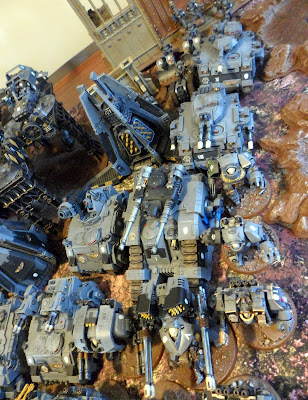 More of the Specialist Heavy Support 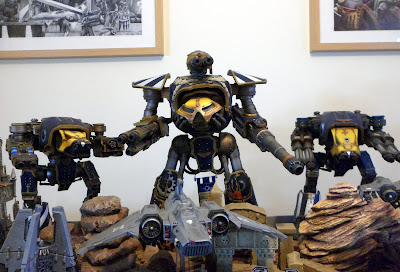 Xiphon Fighter with the supporting Titans of Legio Astorum 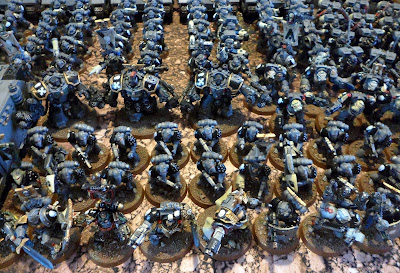 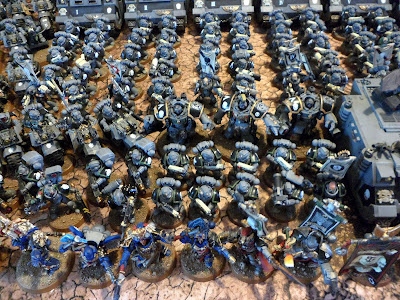 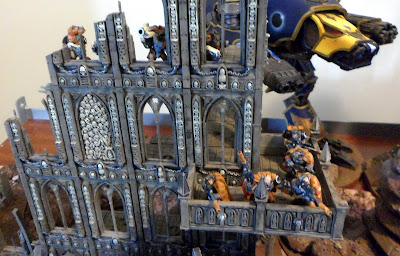 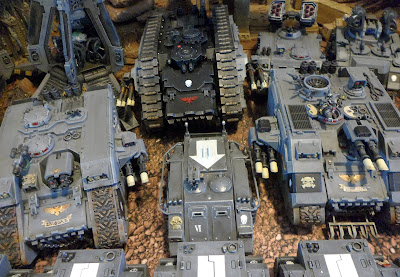 A Relic Rhino from the Transport Pool, dwarfed by its modern Heavy Tanks 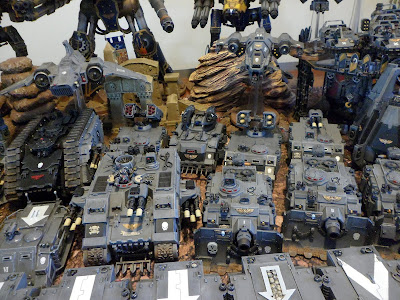 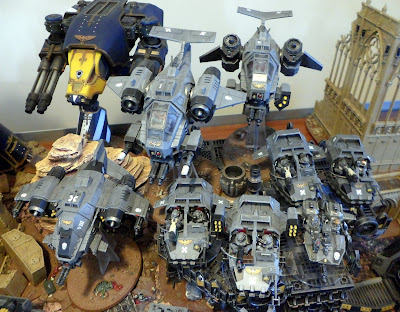 The Air Wing and Relic Landspeeder 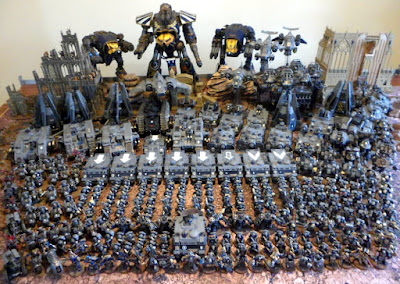 There you go, hopefully you enjoyed these pics, 5th Company Relictors and support. By all means not finished yet, I still officially have the Company Champion to complete before the Battle Company as was is completed, but on the to-do pile for 'old marines' before I can move on to nu-Primaris - I still have:

Plenty to keep me going into retirement!... and this is just one of my many armies. Anyway, thanks for dropping by, hope you enjoyed the pictures and see you soon,