Hi One and All,

We went for an Ultramarine force, vs a dameon horde force. 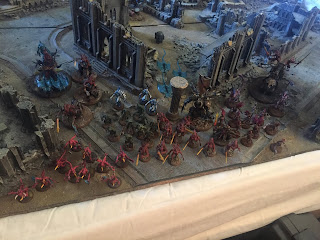 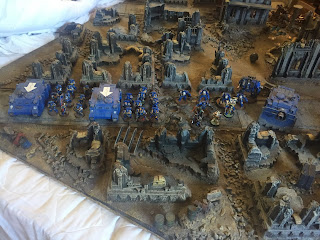 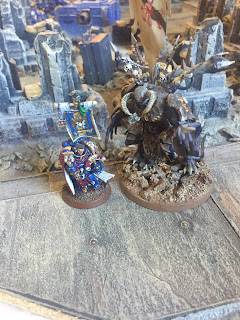 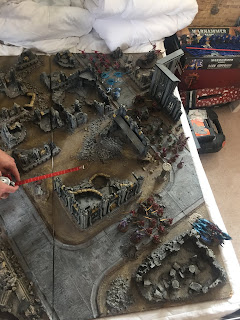 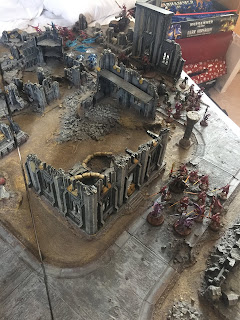 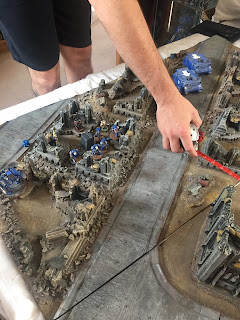 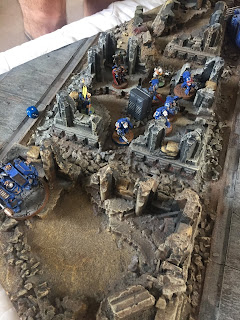 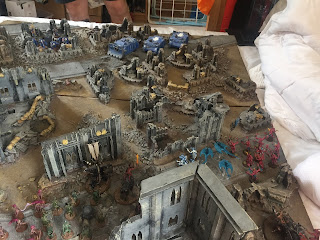 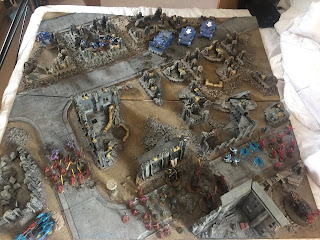 Ultramarine Turn 2
Daemon Turn 2
We then realise we hadn't done any moral checks! oops... so we rolled for them all at this point, so: 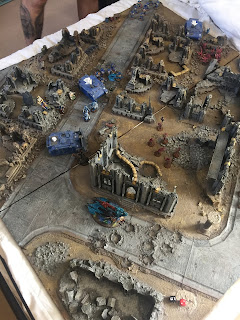 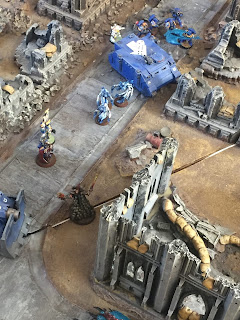 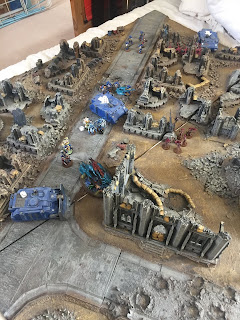 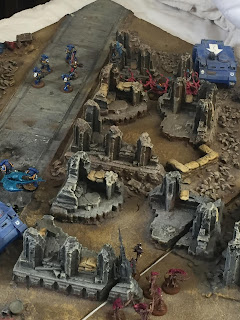 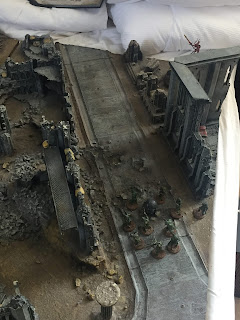 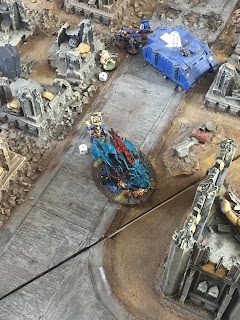 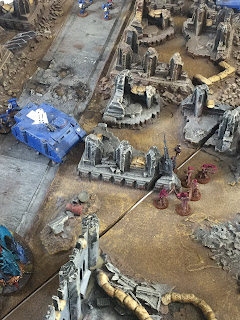 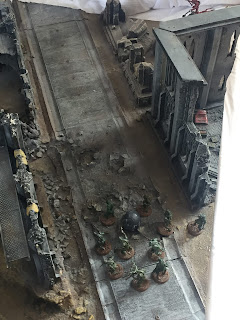 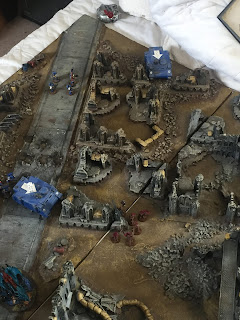 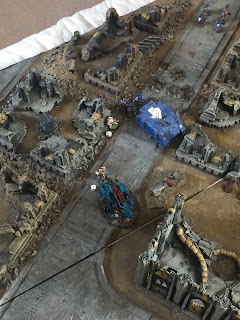 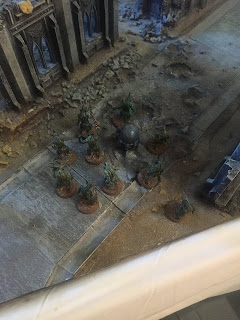 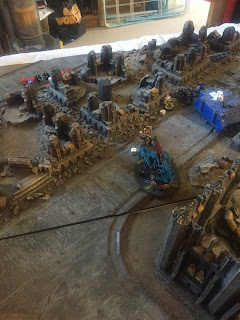 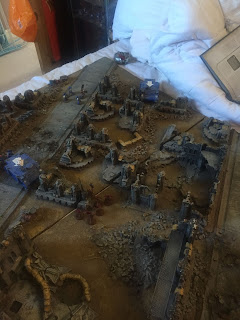 For me, the Flaming Chariot (of Doom) was a beast, taking multiple units out the fire, and the skull cannon did really well with kills via shooting each turn. LH