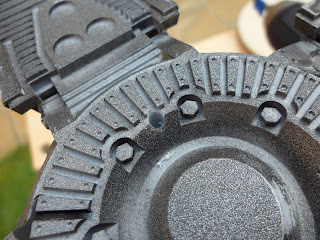 Hi Titan Engineseers, I made some progress, probably the first meaningful stage after completion of the Superstructure Build a while back (Feb 2016... too long I know TOC Col.H)... I wanted a base for my Warlord, all my Titans have bases, they make the Titans a lot more sturdy and strong as well stable (PM Mrs May "Strong and Stable") but also offer a great place to pick up and move a Titan without fear of rubbing paint off, breaking an arm etc. So here is how I did it. My last post #17 showed the base of 6mm MDF board I'd cut into a loose '8' shape. 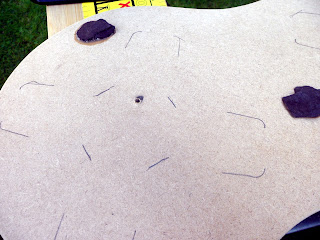 I marked out where the Titans feet were, and marked the base at a suitable position where a screw could be driven up from beneath the base into the foot to secure it, supplementing the JB Plastic Weld epoxy glue. This had to be in an area on the sole of the Titan foot, but not where the construction pins were already in place from foot to shin. 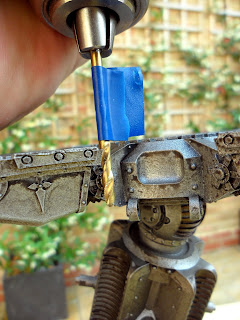 I then marked a drill bit (3.5mm same as screw shaft thickness) down to a depth where it would not penetrate the upper portion of the foot plate. I then sourced some suitable screws. 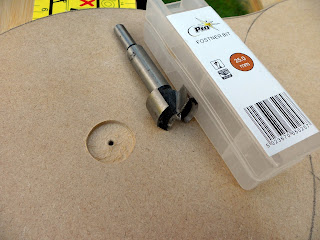 I used a Forstner Bit to screw into the underside of the base enough room for the tapered end of the screw and a washer for strength. 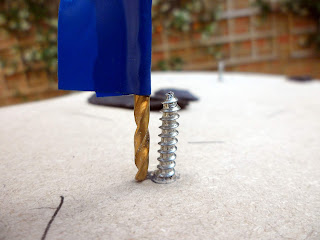 I then test fitted suitable screws in place with washers attached to ensure the screw length would not penetrate the top of the foot plate. 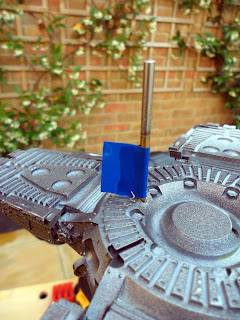 I then marked the sole of the foot aligned to the base through the holes drilled in the base, and then drilled down to the required depth carefully. 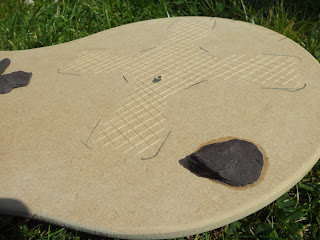 I then took the base and scored gauges to allow the JB Weld to adhere to the base sufficiently and so the top layer would be penetrated to prevent the top laminate just peeling. This was then covered in tape to protect from overspray - a clean surface for the glue. 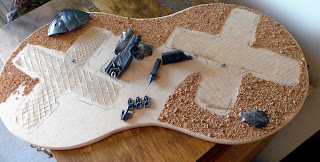 All being well, I started preparing the base with debris and sand, a flattened Imperial Knight Pauldron and a half buried-when-trodden-on spare Emplacement cannon. I also found some suitable FW resin vents left over which made great 'Tank Traps'. 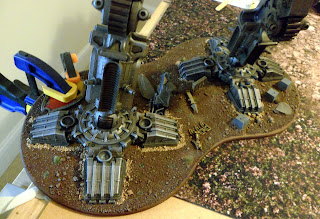 I sprayed the base and did the drybrushing, then carefully glued and screwed the Titan to the base. The screws held the Titan in place so no clamps were needed, these clamps are holding down the flattened Pauldron until the glue dried. I then back filled some of the gap around the toes, this was two fold, helped the Titan blend into the base rather than 'on the base' and will also strengthen the join where the PVA adheres to both toe and base. 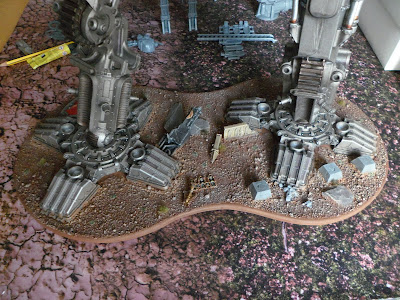 The edged sand was then painted to match, any bits that look linear can always be from the massive stresses of having a Titan footstep, in fact where the left leg is slightly raising at the rear, I kept the flattened (sand free) edges clear to give the impression of pounded to dust. 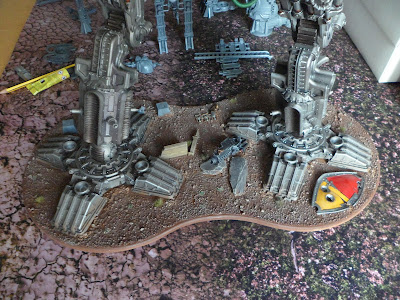 Here is the rear, with flattened Pauldron in Lord Halfpenny's Knight Household colours... and plenty of Gamers Grass tufts around the base and some of my traditional flock too. 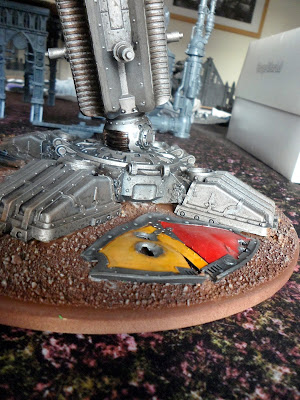 A close up of the flattened Pauldron 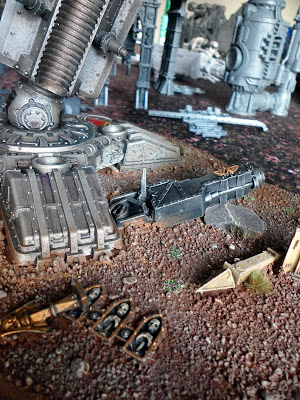 A buried trodden on Emplacement Gun and debris 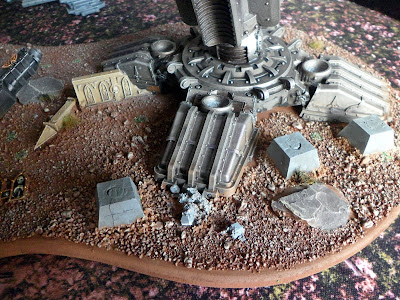 The resin vent offcuts Tank Traps and a shattered one under the toe - just some sprue and sand painted concrete colours. 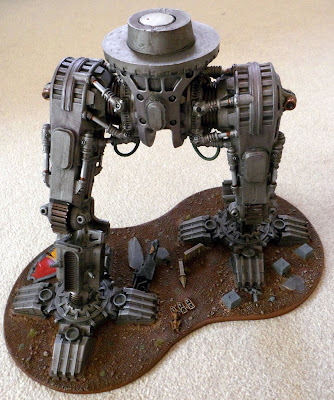 And here the completed lower legs superstructure and base. 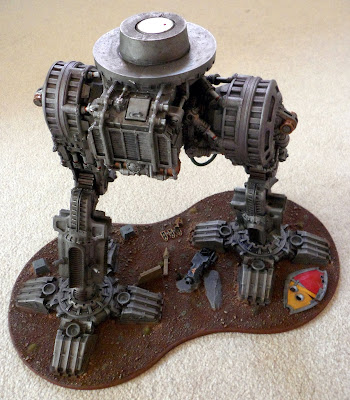 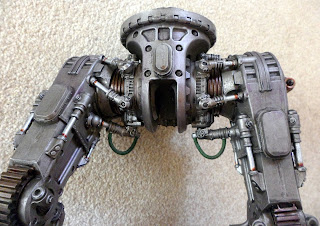 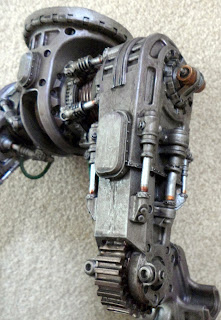 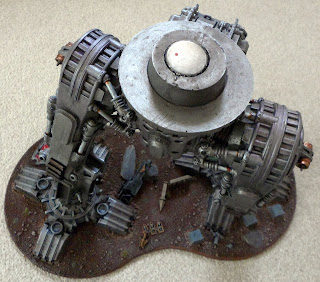 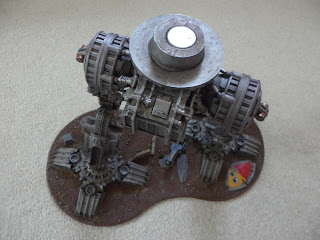 From atop and rear. Ready for the massive task of up-armouring all the armoured plates. Finally the Titan begins to come together and alive.

Hopefully this might help Enginseers in their builds. Thanks for reading this far and see you soon, cheers, Siph.
Posted by Siph_Horridus