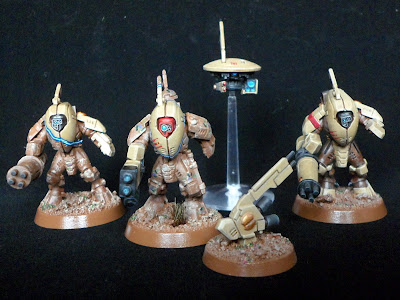 Hello Readers! Well, finally after a start in Jan 2016, my first squad of my "New Year, New Army" carbuncle has been finished... not sure why not earlier, just needed inspiration and recently got some from a Reddit poster who posted a funky camouflage de-cloaking effect which I thought, I like that, I'll do the same! I am afflicted by Hobby Butterfly Syndrome... 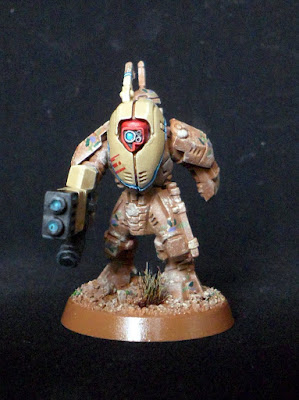 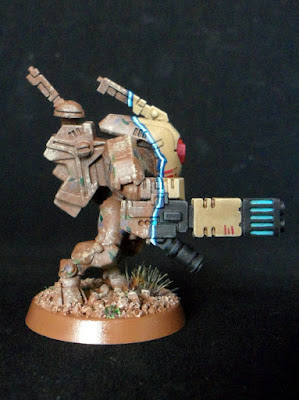 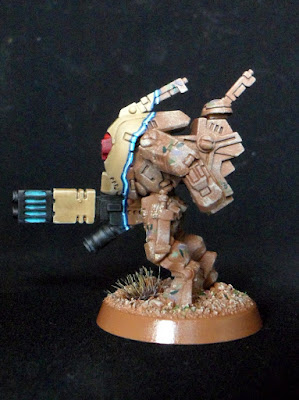 This is the Squad Shas'vre armed with a Fusion Blaster for extra anti-tank punch is denoted by the red of the eye piece, these are Vior'la Sept, but in desert camouflage, the Zandri Dust and brown fatigues, rather than the whites and reds, seen here de-cloaking from the camouflaged colours of the surrounding wasteland browns and specks of sparse vegetation. 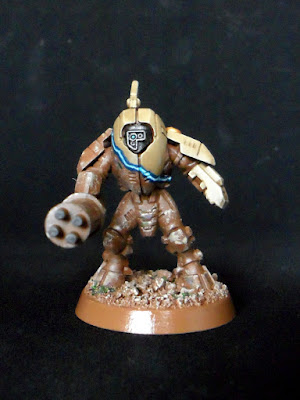 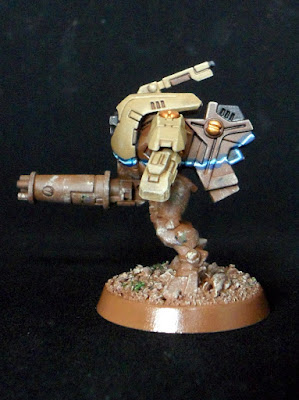 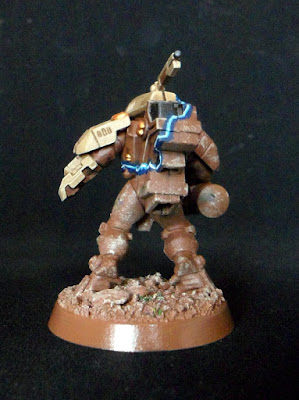 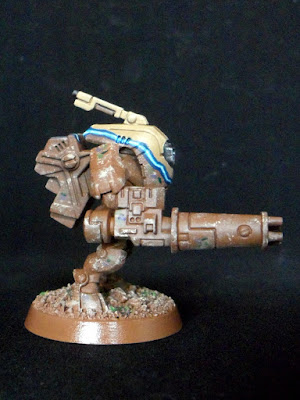 The Shas'ui Warriors are armed with Burst Cannons, again I opted for a de-cloaking effect of the stealth suit. The join between the armour and the stealth look is a simple dark blue with lighter blue and white 'electricity' look... simple and effective. 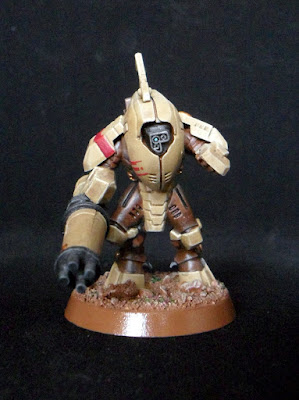 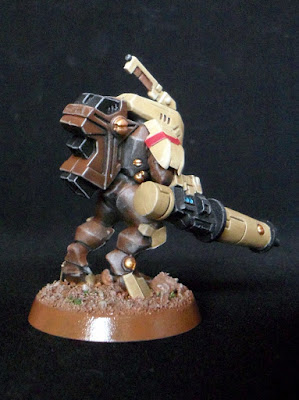 The third squad member is also a Shas'ui, but this one was the first I painted and is fully un-cloaked, a test scheme to see what the uniform would be. I will paint the forward elements such as the Pathfinders and Stealth units this desert tan, whilst other elements will be in the traditional Vior'la whites. 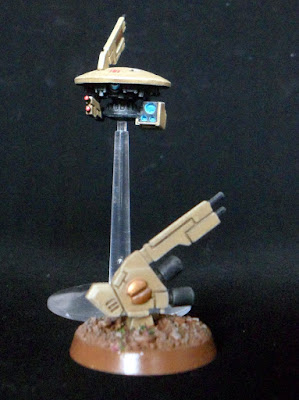 Finally a shot of the finishing touches, a Homing Beacon transponder thingy and a Markerlight Drone.

So, do you like the camouflage and the stealth cloak effect. Cheers for dropping by, thanks, Siph. (4pts as one was already done)
Posted by Siph_Horridus