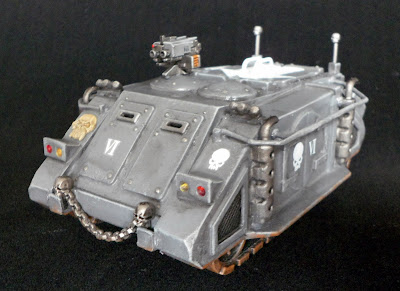 Hi Readers, thanks for dropping in our humble corner of the blogosphere. Today I have a gem, a reconditioned original Rhino Mk1b, I was lucky enough to get this in a job lot of old Warhammer gear that someone was clearing out. 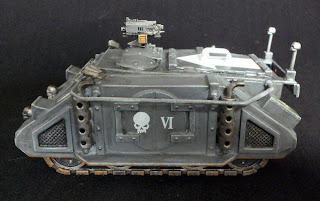 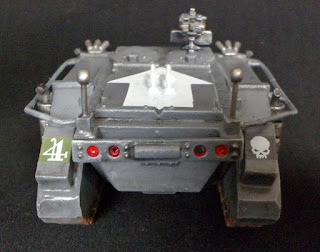 The Rhino is ideal for the RTB01 Squad I finished for Squaduary in February, they are in the 4th Company as I already have 6 Tactical Squads in my 5th Company. The Company colour is green, hence the green background. The old rhino had some cracked rear lights which was quite fitting for its age. 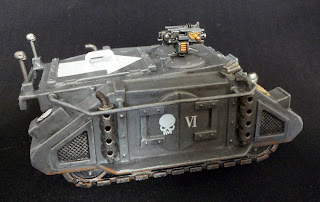 I replaced the bent aerials with skull topped aerials from the SM Bike kit and added a modern Storm Bolter as the original Bolters were missing. 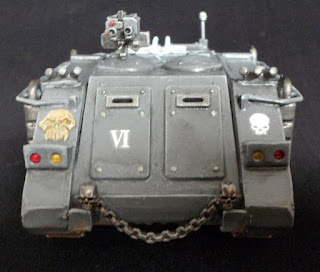 The front got the same treatment of the other Rhinos with a Chain and a Skull Motif. 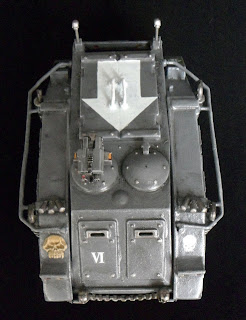 The Tactical Arrow was masked off using tape and painted on, which worked really well and matches the others with FW Transfers. 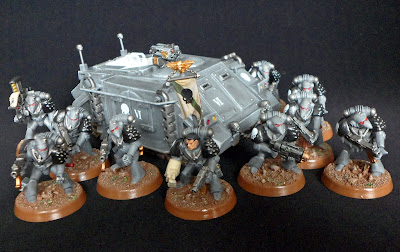 And finally, a shot with the RTB01 Marines and their new ride! A great addition to the Relictor forces, albeit the growing 4th Company! Next up, something bigger, time to start that Spartan Heavy Assault Tank as part of Spartember.  Thanks for dropping by, Cheers, Siph.
Posted by Siph_Horridus