Just a very quick update post on some Nurgle goodies I've been working on.. 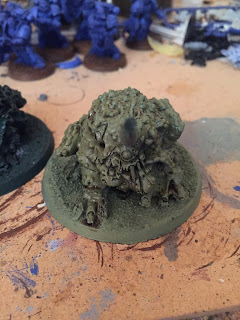 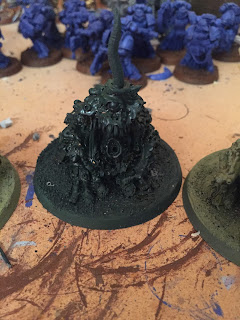 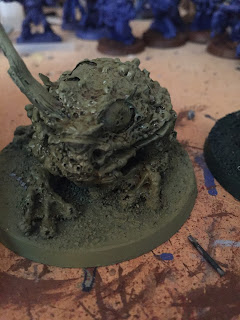 Each one has had a few washes over the death guard green- I'm toying with repainting the 'slimer' toad the same colour to match the other 2, I really like the way they look. I will be adding a further wash of Nurgle Rot to had a hint of slime to the models, then details..

I've always liked the model for the Lord of the Rings Watcher of the Deep, I think it might be because of my fascination with Octopus and Squid, so the plan was done to build one as a giant spawn I'm looking at options for basing him so that it feels 40k- at the moment he is on a spare FW carapace piece that was miscast, which I had replaced. Although I've also looked at options for a rhino, or building. 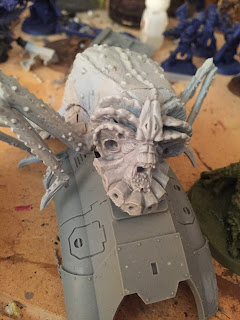 Then the new addition, Cor'bax, Who now has rules for 40k- and the moment I saw these I had to get the model, I've always liked the look of it- it oozes 'Nurgle' and I think he'll be a nice centrepiece to my Nurlge daemon horde. 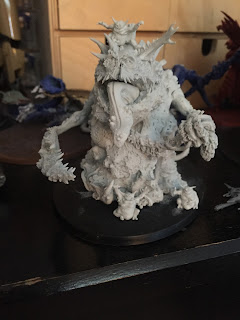 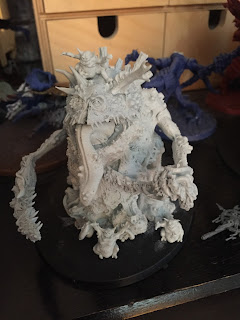 Thanks for stopping by! LH
Posted by Lord TITANium Halfpenny