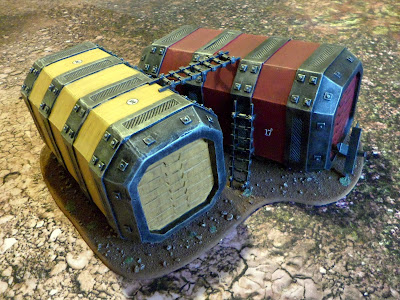 Hello Readers, so today I finished up my alternative to the great GW Munitorum Armoured Containers terrain. These are more along the lines of the fabled FW containers that FW keep adorning their dioramas with, however quite larger than the GW ones and not as detailed or cannot be opened. But, if like me you want LOS blocking scenery - then these are ideal! 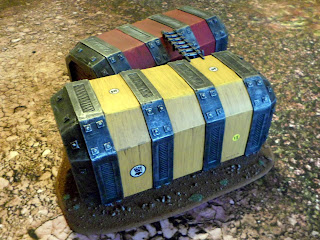 These are from Ganemat.eu and discussed in an earlier post HERE. I decided for the first two, I would paint them Imperial Fist and Mechanicum colours, and have them based together on a single level. The next two will be stacked on top of each other so they will even block the LOS for Imperial Knights, Wraithknights and Tau Stormsurges. 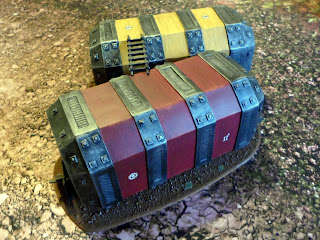 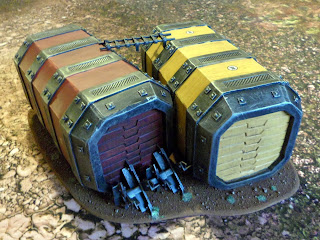 I added some battlefield barricades and some Cities of Death ladders for interest and used some appropriate transfers. These will go well with my other Mechanicum themed terrain. I have a large collection of terrain now, I believe it makes the battles better. Check out the TERRAIN posts at the link. 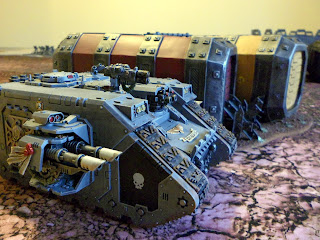 Here finally are some scale pictures, easily hiding a Land Raider from those Tau Railguns! Or below, a Marine is dwarfed by them, so you can see why I added ladders! 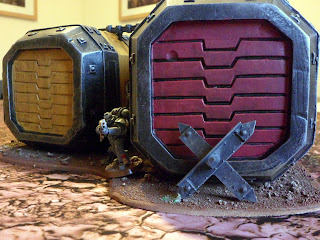 Thanks for dropping in, hopefully you were given some nice WeeMen themed gifts for Christmas. Cheers, Siph.
Posted by Siph_Horridus