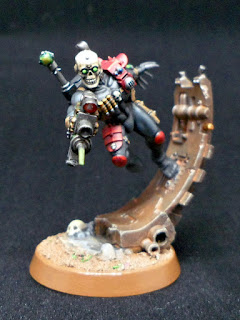 Welcome Readers, thanks for dropping in. Following on from the Callidus Assassin I bought ages ago, here is a quick un-Christmassy post lol. Not a fat man in a red suit, but a black body-glove wearing brutal combat-stimmed psychotic Assassin instead!

I never got a copy of the Assassin Execution Force game on release however, plenty of Assassin models appeared on eBay shortly after and now they get their own blister packs. I didn't want to fund the money grabbing greedy re-sellers at the time, so I bought a pre-painted decent one from an artist/hobbyist instead. So not all my own work, just adapted from a real decent paint job. 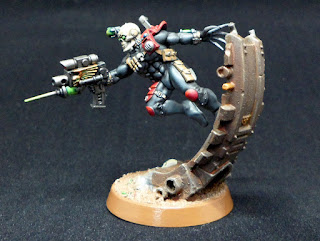 I re-did the base and skull and dirtied with Typhus Corrosion, some small details, scope and lenses, highlights on the leather and red armour, brass shell cases, but I left the wonderful green glow of the eye lenses and the combat drug dispensers, but the little alterations made him fit my own forces 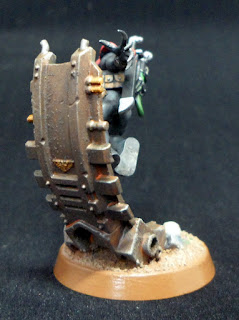 I saw Rob's 30kplus40k post about his Eversor Assassin base and that reminded me to get this one out of deep To-Do pile storage (I forgot I had him!) and out he popped and finished off. 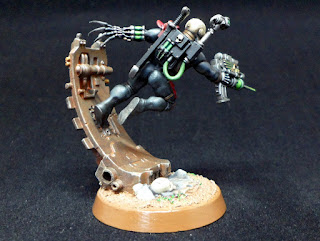 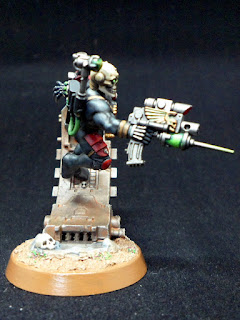 So, not all my own work by any standards, it was a great job to start with, but hey, it's mine now and will be used in a battle soon! Can't wait to see how it performs on the field in melee, I've never fielded one myself but I'm told he is a beast when he gets there!

https://www.justgiving.com/fundraising/WeeMen-Raffle
And it's not too late, please don't forget to hit the "JustGiving Sponsor Me" link above or button in the side bar >>>> to donate to a good cause and qualify for an entry into the weemen-500000-page-views-Charity-Raffle, details at the link, thanks. Draw closes Christmas day - thanks everyone who has already donated.

Have a very Merry Christmas one and all and an Assassin free New Year! ;)
Posted by Siph_Horridus