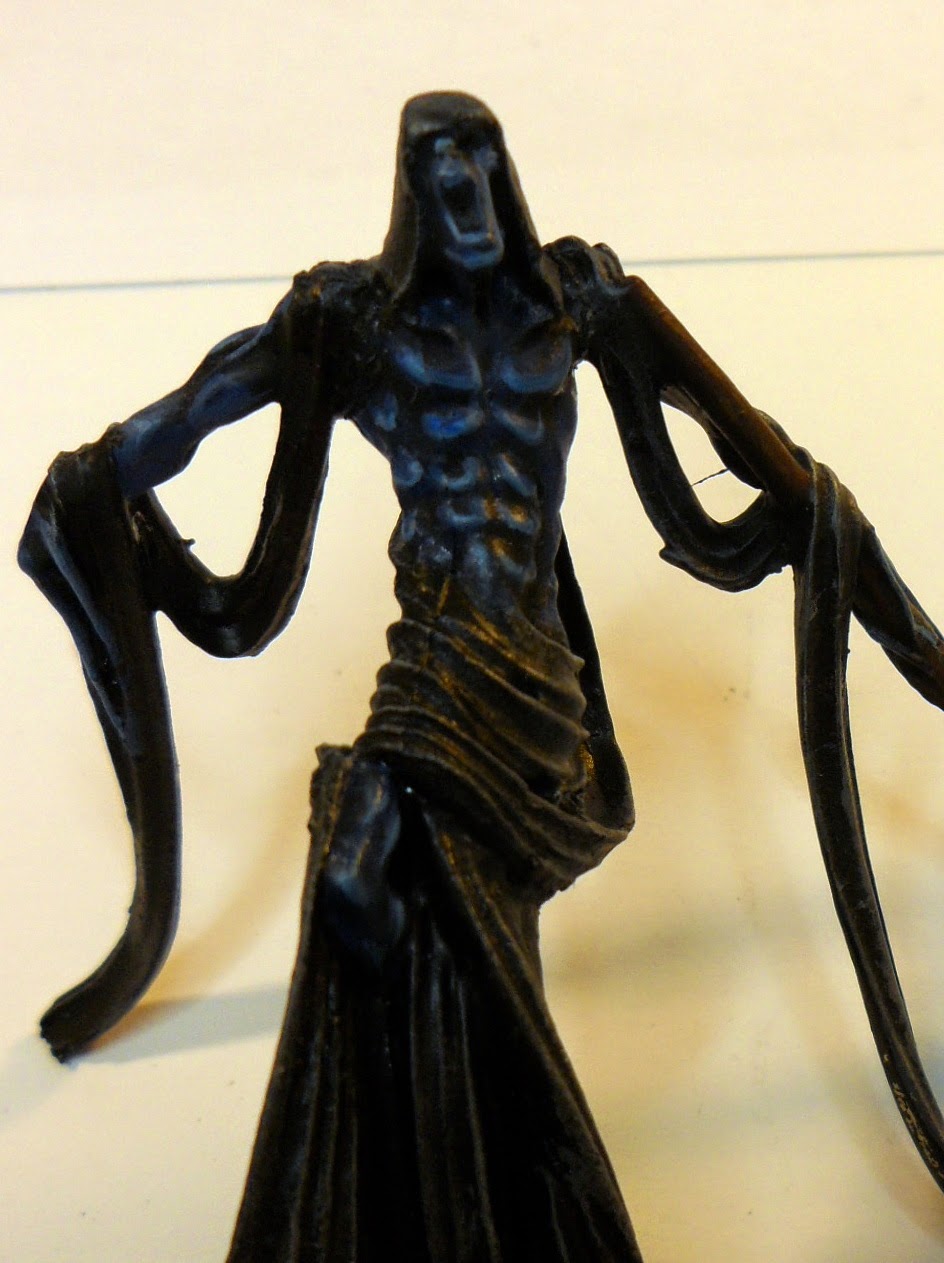 Happy New Year! Hello avid Readers, thanks for dropping in again. I have always loved the Nightbringer C'Tan Shard model, like a big scary 'Death' figure, looming over the battlefield. Well, after my dealings so far with the Finecast (Failcast) Necron Cryptek or Heavy Destroyers (binned), I opted for an old metal version from EBay. Thise long extended arms would be too flimsy and no-doubt mis-cast too - so a metal one will be better! 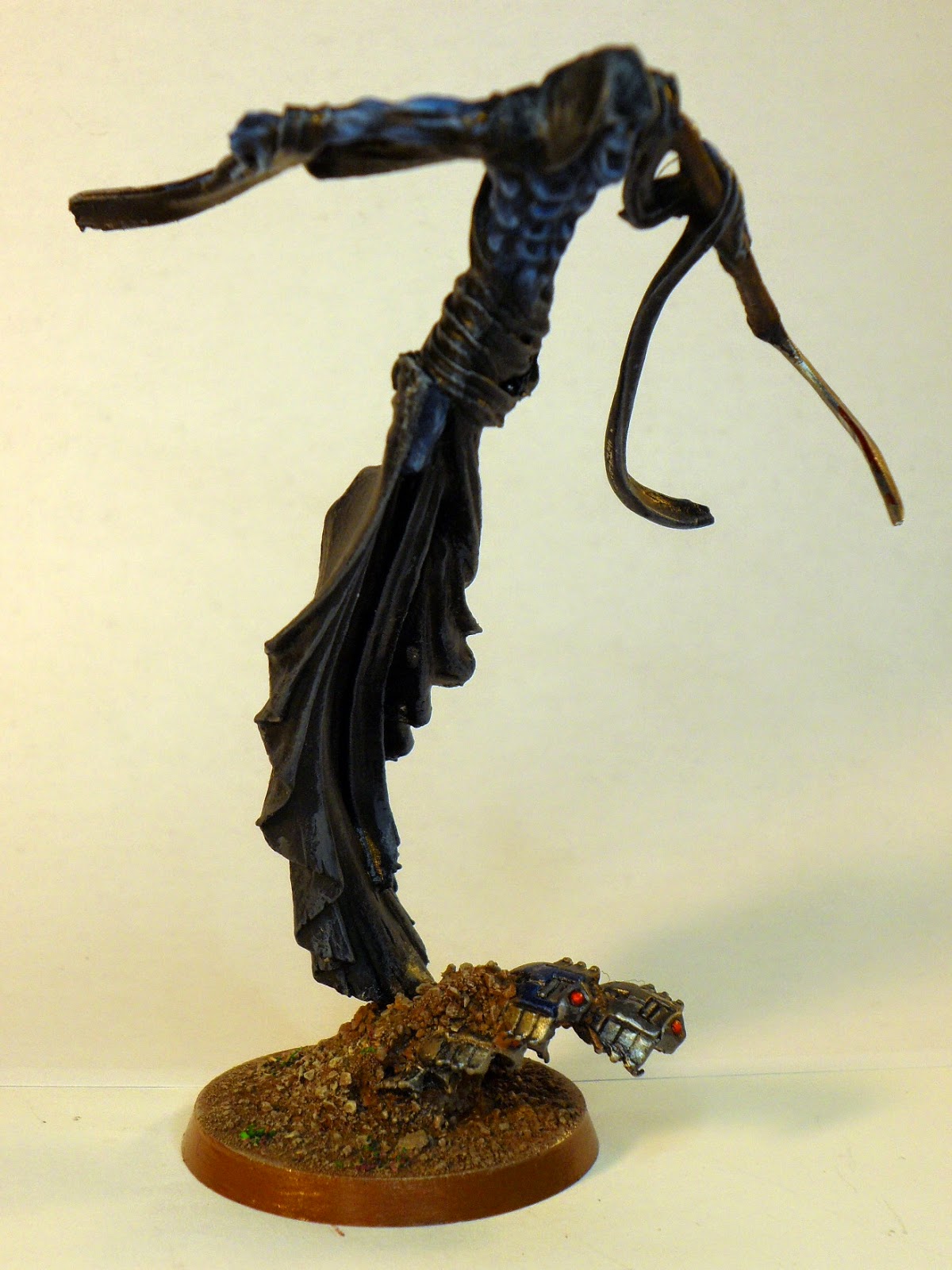 Not all my own work, the C'Tan was painted to a good enough standard as seen above, I just had to repair the damage (both arms) and repaint the joins, base and Scarabs. I also re-did the Scythe and blade and added some Blood for the Blood God effects on the blade. He is a little mis-built at the knee which can be seen at the top photo, however, without pointing it out you didn't notice - there was too much glue in the join to remake without damaging it - so it will do nicely as is. 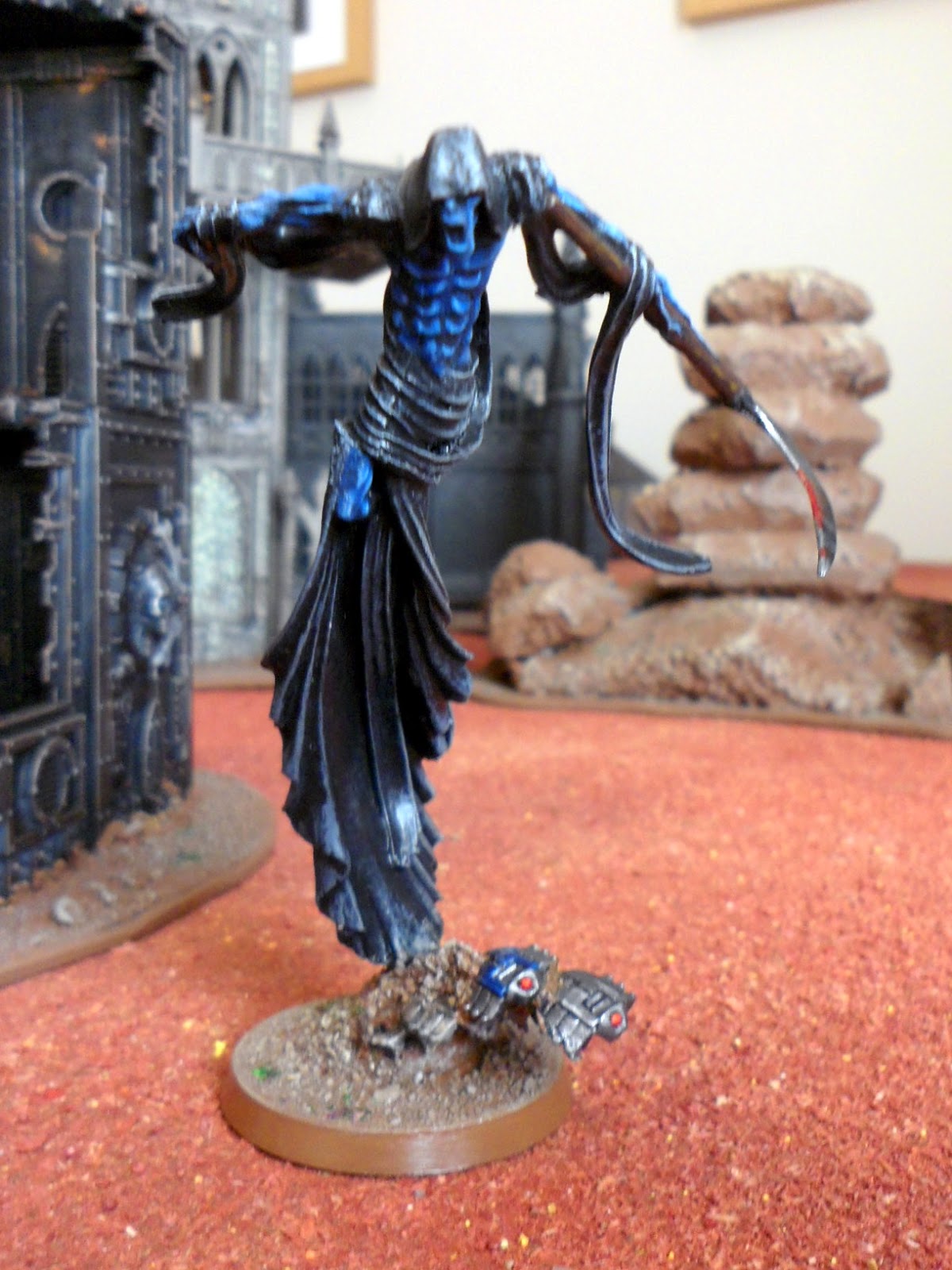 A rather characterful and nice addition to the Necron Army so far. Hope you like the progress I've been making. I've a busy New Yearfor the first few months, so posts may be scarce until I've moved to a bigger better Weeman House!
Posted by Siph_Horridus