Hi guys - I've been working on the Torso recently, which has been a pretty big step in the Warhound project and has taken the last week or two to finish (as well as being uber busy with work). 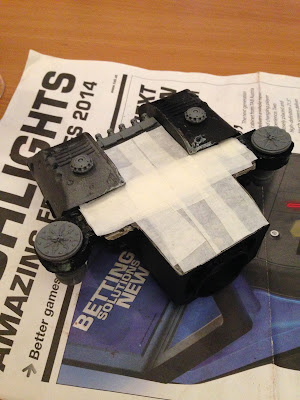 So, the interiors were already finished (see here and here), so I carefully masked off the painted areas to make sure no spraypaint was going to work its way in and ruin ll the hard work I put in. Definitely worth being thorough and double checking there are no gaps (including between joints - greenstuff those gaps up!).

After that it was just a case of painting up following a similar process to the legs (iron metallics first, then golds/bronzes followed by black panels). 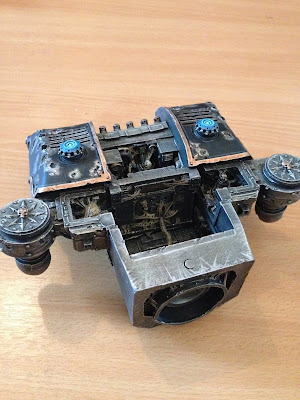 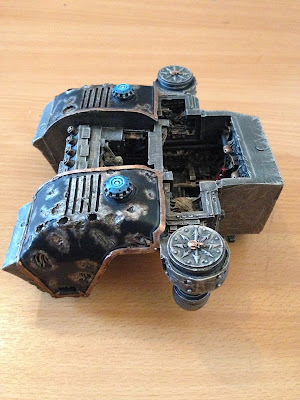 The holes you can see are for some spikes that still need to be attached (I'm leaving them off for now so I can easily handle the Torso and place it upside down). 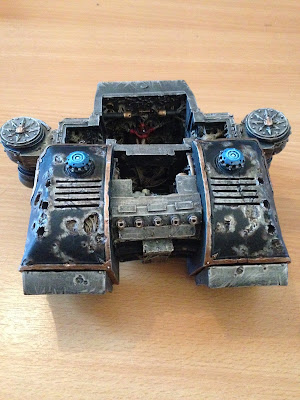 The Void Shield Generators got my blue/glowing treatment to add a bit more colour to the model and should compliment the big-a$$ plasma weapon which will be painted in a similar style. 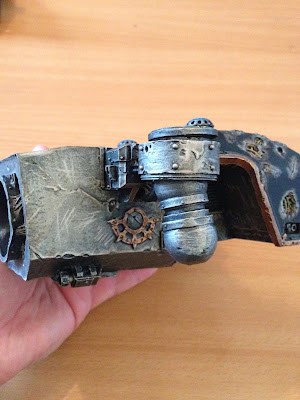 Even at this stage - still loads of hidden detail. 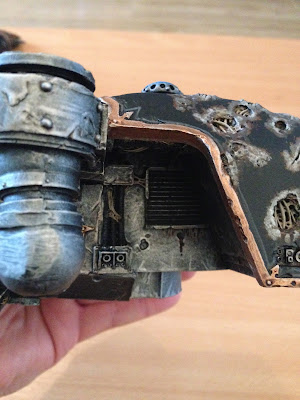 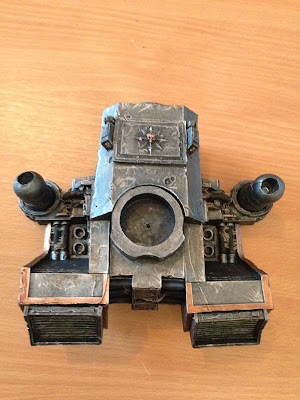 The bit that took the longest was working out how to hold it and paint one side before moving onto the next - the thing weighs a ton! Well...maybe not a ton..maybe a pound, but you try holding that in your left hand for hours on end...lol. 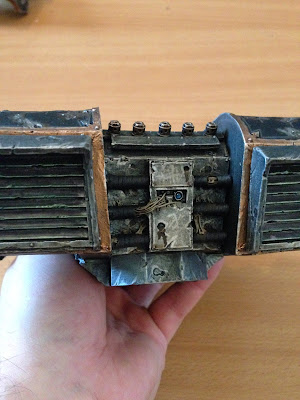 With the Torso painted, all that's left now are some minor bits of detail and it can be attached to the legs,,,coming soon!