Hi guys - a quick post on a bit of building I have been doing now that the legs are finished.

First up, the head; not much to build here really, but I wanted the interior accessible so magnetised it. A pretty simple and straightforward job - the hardest part being drilling the magnet hole in the roof of the head, which is only slightly thicker than the magnet itself (so take it slowly and drill by hand - testing the fit frequently). 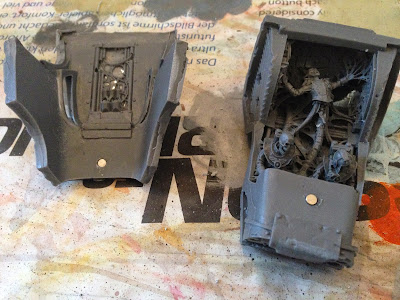 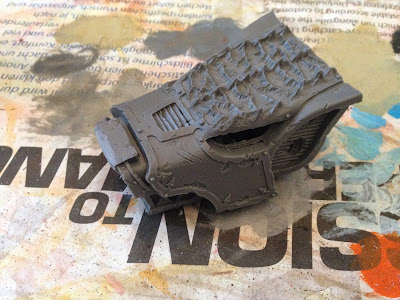 I then added a test-pin to the rear of the head where it will connect with the torso in order to play around with the pose. Once I had a pose I liked, I drilled out the pin hole in the torso to test - everything was good so I scaled the pin up to a thicker piece of brass to make it more stable in the future. 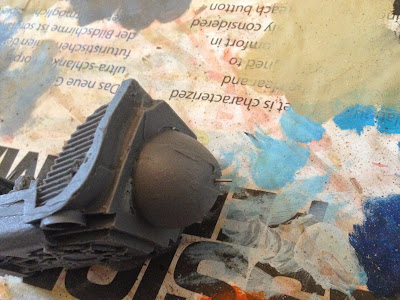 The torso was mostly complete after I built it together, but still required a few bits adding (like the Void Shield generators and exhausts). 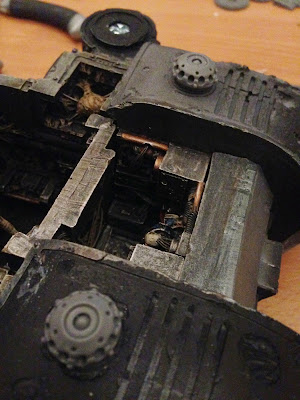 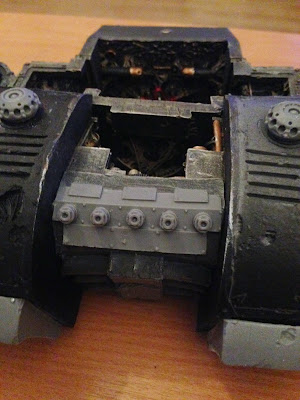 I also needed to work out how to access the bolts easily to swap out weapons - again, magnets helped! Checking that the exposed bolt-heads were magnetic (they were), I carefully drilled the shoulder covers and glued a magnet in place that now sticks to the bolt. 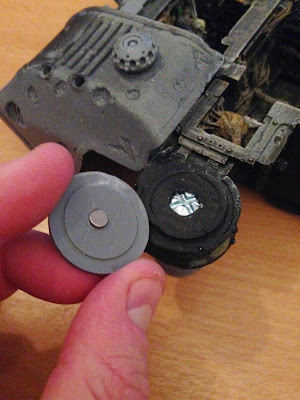 All done - the head and torso are now ready for painting!
Posted by the 6th degree